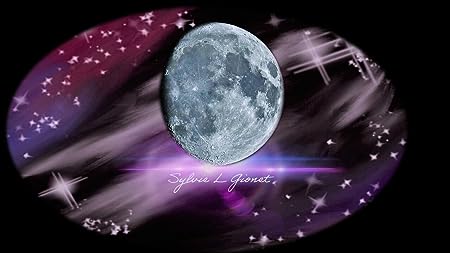 A series of heroic fiction.

The Guardians of the Sun-Star and Moon-Star: Part One. The Battle Begins: Part Two. Project Solar Escape: Part Three.

This series will appeal to readers with an intimate knowledge of the tarot and a love of all things astral.

Inspired by creation, humankind assisted in turning the pages in the cosmos.

Follow me into book four, as it brings plenty of adventures in the spiritual and supernatural world.

Sylvie's fascinations draw her into the cosmos and the ancient texts on the spiritual and supernatural. Her love of learning keeps her actively exploring the many facets of life's possibilities.

A Halloween Adventure with Jack and Ony Lantern is her most recently published book and her first children's book. 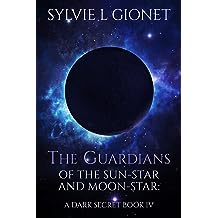 The Guardians of The Sun-Star And Moon-Star: A Dark Secret (The Guardians of the Sunstar and Moonstar Book 4) Jun 1, 2022
by Sylvie L Gionet
$2.99
Samuel and Galasus, two nobles in the monarchy, devoted their childhood to studying the marvels of creation in the universe in the grand library on Planet Eugleston.

Once of age, they were ready to receive their crowns. But after making a drastic decision to join their dark stars, it altered the prophecy and forced an alternative path for a new planet about to come into existence.

Usually, Samuel worked alongside the Creator to put together magical creations in the universe, while Galasus provided the new planet's ultimate transformations. However, after joining their dark stars, Samuel unmasked his dark star without detection.

By doing this, Samuel placed the rulers of the new planet in jeopardy, and a new conspirator was unveiled who could end the two nobles' reign in the monarchy.

The Guardians on the new planet Varco-XVI need to lure the unmasked dark star to a place where they can confine it. Heroes confined in Planet Eugleston's coliseum tapestries will be called forth to battle against the villains about to be released from the theater's dark tapestries.

All the Guardians ever wanted was to ensure their star babies would grow and rule the planet. But with the ultimate battle for creation brewing, will good once again conquer all, or will evil prevail?

Book Four: A Dark Secret will appeal to readers with an intimate knowledge of the tarot and a love of all things astral.
Read more
Other Formats: Paperback 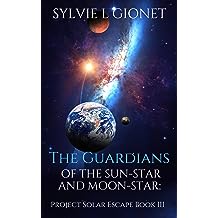 The Guardians of Sun-Star and Moon-Star: Project Solar Escape (The Guardians of the Sunstar and Moonstar Book 3) Aug 4, 2021
by Sylvie L Gionet
$2.99
Astrophysicists Gabrielle Gibbor and Michael Abba had noticed a visible light in one of the most notable star systems.

Two lights were being beamed from the Orion Constellation to Earth. The new phenomenon prompted them to investigate overseas where the lights were aimed, and this is where their outer space adventure started.

Spiritual hands with a master plan then placed our new heroes on an unfamiliar planet. Here they were both gifted a star baby who matured with the help of the Fountain of Enlightenment.

A threat to the master plan came into play when Royal Ruler Samuel Raiphualas II unleashed his dark star, with the intention of ruling the new planet as well as Earth, and Highborn Leader Galasus Pagasusesia became the one who had to stop his villainous plan. Both Monarchs ended up in a room on planet Eugleston, one in the dark and one in the bright room, battling each other.

The fate of the realms depends on Galasus who must work alongside the heavenly leaders to pull his brother back from the dark side and communicate with a great man from the Heavens Empire: VII-Hiroaki.

Spiritual and supernatural warfare is now imminent on Varco-XVI and Earth.
Read more
Other Formats: Paperback 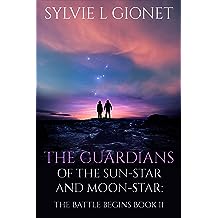 Astrophysicists Gabrielle Gibbor and Michael Abba have become central characters in the middle of a spiritual and supernatural discovery and ended up in a new world.

Both scientists have pledged their loyalty to a heavenly power in protecting not only those who have been entrusted to them but also the new planet itself.

Messengers from the heavens have taken each faction down separate paths on the planet to mentally and physically prepare them for the ultimate joining.

Spiritual and supernatural warfare is unavoidable. To claim the right to an unknown world, our heroes must defeat a supreme entity and crown Sun-Star and Moon-Star as Monarchs.

Humankind holds the power to turn the pages in the universe. But with the dark star’s formidable power looming over them, will they and the Messengers be able to thwart the evil that threatens to destroy them all?

Myth and fantasy drive this compelling instalment in the series, and as the battle begins, so too must it have an end… 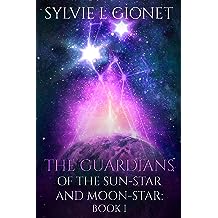 Why can no one else see what they see?

Astrophysicists Gabrielle Gibbor and Michael Abba have something special about them. While the others in the Observatory only note what is beamed onto their screens, Gabrielle and Michael can perceive things of a cosmic and supernatural nature.

When the most notable star system in the universe, the Orion Constellation, sends out a signal only they can see, the adventure of a lifetime is presented to them.

Soon they are caught up in the makings of a new world, and as they learn more about the journey the heavens have presented to them, they can only hope that those on Earth are somehow viewing the amazing planetary and constellation changes.

Gabrielle and Michael are about to discover the importance of being Guardians to royalty. 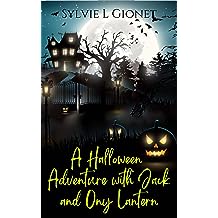 Someone was eating the delectable desserts in the warehouses, amongst other things.

Luckily for the magical inhabitants of Halloween-land, Jack and Ony Lantern are Halloween fanatics.

When a young witch named Casey arrives on Earth one night to ask for their help, they know they will be the perfect superheroes for the adventure.

Put your Halloween costume on, grab a Halloween treat, and get ready for a ride to a land filled with Halloween madness!