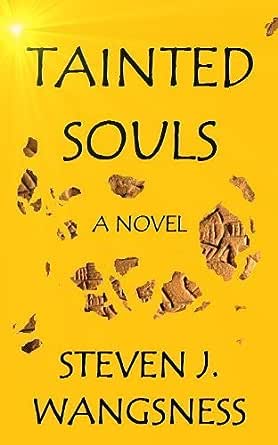 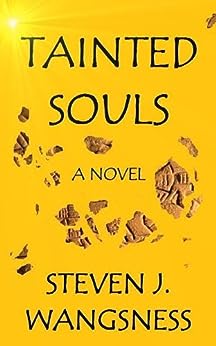 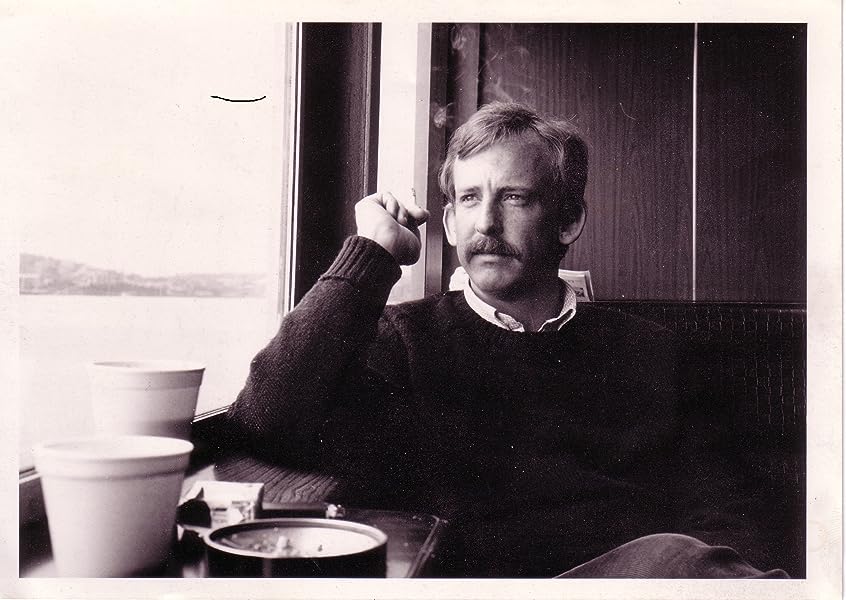 4.0 out of 5 stars
4 out of 5
52 customer ratings
How does Amazon calculate star ratings?
Amazon calculates a product’s star ratings based on a machine learned model instead of a raw data average. The model takes into account factors including the age of a rating, whether the ratings are from verified purchasers, and factors that establish reviewer trustworthiness.
Top reviews

Philip J. Nork
3.0 out of 5 stars Nice first work
Reviewed in the United States on June 28, 2013
Verified Purchase
In Tainted Souls, the reader meets Rick Frost, a detective who just can't leave well enough alone. After being unceremoniously kicked off of the police force in LA, he catches on in Santa Isidora, a much smaller town with far less criminal activity. However his mind stays on two cases which didn't end the way he thought they could.

When he is called to a small hotel to investigate a normal murder case, his day should be a short one. Nothing with Rick Frost is short, except for his relationships.

The description says, "An everyday murder investigation draws Frost [he's a police guy with a "past"] into a web of corruption that stretches from the salons of Beverly Hills to the Green Zone of Baghdad and quickly pits him against powerful forces that even the Feds fear to disturb."

While it is what is described, it also lacks something. I'm not sure what it is, but I left the book unfulfilled. There was action, there was a plot with all its twists and turns and there was a good looking girl. It should have added up to page turning excitement. But as the reader I knew what was to happen before it did. Frost never caught on until late and then it came to him in an instant. The book became a labor to finish. I found it harder and harder to turn the pages as the action, and the words, just lingered on and on. The book did pick up near the end again and I'm glad I finished it.

All in all, I enjoyed the book. Being the first one from this author, I would give him the benefit of the doubt and read his writings again.

Sandra Walker
5.0 out of 5 stars Guaranteed to thrill
Reviewed in the United States on July 26, 2016
Verified Purchase
Very good writing. Refreshing to read a quality book with original characters and storylines. You will want to keep turning the pages till you get to the end. Speaking of the end.....fantastic! Crafted very well and I look forward to reading more from this author as this was the first tim I had been introduced to his work.
Read more
One person found this helpful
Helpful
Comment Report abuse

Bean Counter
5.0 out of 5 stars Hope to see more books by Steven Wangsness
Reviewed in the United States on May 26, 2014
Verified Purchase
The writing is superb with great character development. Frost is a very likable but depressed cop who,due to his experiences, sees his life's work as having little effect on achieving justice for the innocent. He is not just a policeman with a heart, but he involves himself in the lives of victims as a protector, a friend and even a benefactor. His personal and professional life is in chaos created by his inability to "let things go" and his will to do the right thing, no matter the consequences to himself. I agreed with Frost's admission he should have figured out a large piece of the puzzle much earlier than he did in the major crime he is driven to solve. Several times, Frost "should have seen it coming", but didn't; however, these are examples of how the author points out Frost's imperfections, which draws the reader in. This is an entertaining book with an excellent, believable plot.
Read more
2 people found this helpful
Helpful
Comment Report abuse

Lynnette Spratley
5.0 out of 5 stars Entertaining, well-executed novel
Reviewed in the United States on January 23, 2015
Verified Purchase
I found this to be a well-written story with excellent pacing. The descriptive passages were well drawn -- I have a bad habit of skipping over lengthy or boring description. Everything was wrapped up well by the end without leaving any plot threads dangling. That's a talent far too many authors seem to lack. All in all, an entertaining, worthwhile read.
Read more
One person found this helpful
Helpful
Comment Report abuse

Roxie's Mum
4.0 out of 5 stars Liked it
Reviewed in the United States on December 22, 2013
Verified Purchase
This was a good tale. Although pretty obvious what happened and why it happened, the revelation of how it happened, kept this reader interested.

By the time the reader has completed the book, they realize that
the tile of the book refers to all the characters.
Read more
One person found this helpful
Helpful
Comment Report abuse