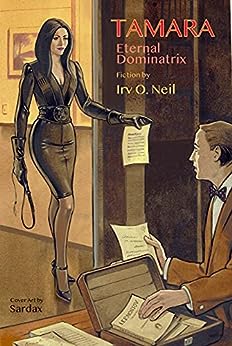 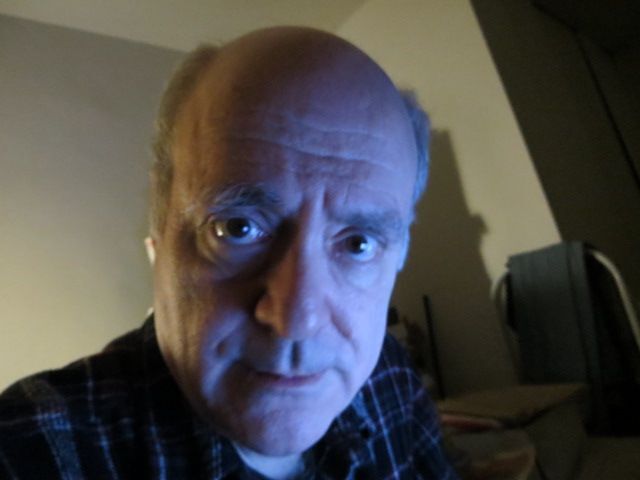 Three beautiful ladies with the name Tamara enveloped his life and made him their slave:

A flirtatious, deceptive girl in college...

An aristocratic femme fatale in a legendary Russian poem...

And a no-nonsense tart-tongued librarian with a secret life as a gorgeous, whip-wielding princess of pain and pleasure!

Hello, and thanks for stopping by. I've been a professional writer of erotica since 1974, as well as an editor of adult magazines such as Stag, For Adults Only, Leg World, Cheeks, Sex Acts, and Girls Over 40. In the 70s I had four porn novels published, and in the years since I've had hundreds of short stories, interviews, and articles published in Swank, Gallery, Leg Show, Leg Action, Club, Club International, Club Confidential, Best of Club, Fox, Hustler, Penthouse Variations, High Society, Black Tail, Big Butt, Big Black Butt, Hot Salsa, Just 18, Girls of the Orient, Oriental Dolls, Over 40, Over 50, Busty Beauties, D-Cup, Gem, Gent, Juggs and Tight.

You can read more about my work at my blog "Erotica Is My Trade," too. See the blog links on this page and click ahead.

Thanks for reading, and be sure to let me know how you enjoy my work by leaving a review here on Amazon or a comment on my blog. Have a great day!--Irv

Chronic Reader
5.0 out of 5 stars In the tradition of Venus in Furs
Reviewed in the United States on August 5, 2021
Verified Purchase
Irv O'Neil, whose works are all worth reading and his artistic collaborator, the illustrious Sardax, have created a novel in the tradition of _Venus in Furs_. It is a work of accurate perceptions about some archetypal human needs, grounded in two realities. The first is Manhattan as it was. The second is the emotional reality of a Slavic poet and a legendary, perhaps even mythic Female of enormous power. It works.

Wish it could have other iterations in the future - a full graphic novel done by Mssrs. O'Neil and Sardax, and if the right people could put a deal together, a film.

TNNKV615
5.0 out of 5 stars Good Fun Read.
Reviewed in the United States on August 2, 2021
Verified Purchase
A fun read for the price of a couple coffees. I would like to meet Miss Lubotshvili! Read before bedtime so you can dream of Miss Lubotshvili/Tamara. Listen to the sound of her heels as when enters your dreams. ;-) Great illustration by Sardax. Spot on with color and mood.
Read more
One person found this helpful
Helpful
Report abuse

Prince Puppet
5.0 out of 5 stars Gothic Erotica
Reviewed in the United States on August 14, 2021
Verified Purchase
A spritely gothic adventure blending the old world and the modern world with librarians and dominatrixes. Who could ask for more?
Read more
One person found this helpful
Helpful
Report abuse

JB Goodboy
5.0 out of 5 stars A Great Tale of Submission
Reviewed in the United States on September 5, 2021
Verified Purchase
Great characters and build up. I especially enjoyed reading about the seedy underbelly of New York in the 1970s. A very creative storyline. I highly recommend.
Read more
One person found this helpful
Helpful
Report abuse