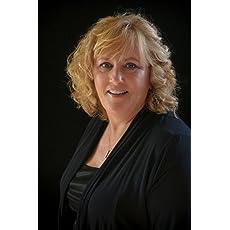 I am not your typical grandmother... first, I don't like to be called Grandma, I prefer Nana and second, I don't believe anyone should act their age. So let's start with my four grandchildren, one girl and three boys, ages 4-10 years. My daughters don't like that babysitting is not my forte. I love to be with them don't misunderstand, but I prefer to have them on my own terms. We spend a lot of time doing family activities and I love that we all live within two miles of each other.

I never thought I would be a writer when I was young, in fact I didn't like to read. I was an outside girl, riding my bike, swimming, climbing trees, and making up my own stories as I played.

We lived in the San Joaquin Valley where it was hot in the summer and foggy in the winter. My brother and I were close and spent most of our free time together. My dad owned a nursery and we were required to work watering the plants and pulling weeds. (Fun stuff).

I remember a particular family vacation: We had a used, blue Cadillac and a fourteen foot, travel trailer. My parents decided we should see the United States, so we started out in California, hitting all the historical spots from there to Washington D.C. and back. Dad was cruising along on a freeway, pointing out the pentagon, when he was forced into the wrong lane and we ended up under the Pentagon with rifles pointed at us. What a sight! I'm sure we all looked like deer's in the headlights.

But for the most part I had a normal childhood and teenage life. High school consisted of cheerleading, competing on the swim team, and making grades, so that I'd be accepted to Cal Poly San Luis Obispo.

I met and married the love of my life while working as an EMT. When the girls came along I stayed home and raised them. My husband found his passion in I.T. (thank goodness)

Today, I am a high school swim coach for one of the largest schools in our community. My biggest success has been being the age group coach to a future Olympian. He won medals in the 1500 (2nd) and 400 (3rd) freestyles.

My writing career began when I broke my leg and was not allowed to walk. I had to do something to purge my wild imagination and energy. I discovered the computer, (okay a little late, but it could spell). I spent the next six weeks reading every book I could find on how to write. I read and wrote every day until I could tell a story. When I felt I was ready I began researching and writing my own novel. I doubted myself almost every day, but here I am, five years later with a completed novel. (Thank you to all the people who helped and encouraged me along the way).

I teach my swimmers to work hard and never give up on their dreams. I think the same advice applies to me. The word can't is not in my vocabulary. My motto: Dream big, work hard, and never give up has worked well for me throughout my life.
Read more 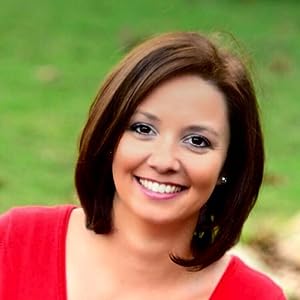 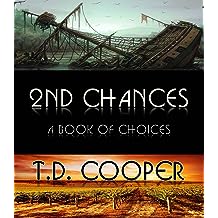 Trevor Brady drowned while pirating on the Caribbean in the 1700’s and was given a chance to redeem his soul. He begins life anew, as a guardian of human beings. Trevor also finds himself in love with what may be the reincarnation of his childhood sweetheart, who was murdered by Trevor’s former ship captain. To make things worse, it looks like the ship’s captain has returned from the grave, bent on taking his revenge on Trevor and all whom he loves. They all collide in the world of kidnapping, drugs, and slavery. 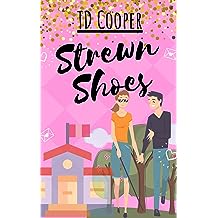 High school senior Serena wishes others would see past her visual impairment. Holding her head high despite cruel bullying, no one knows she can sense a person’s future with a single touch. So when a stray snowball knocks her out, she’s troubled by a premonition that someone in the crowd will commit suicide.

Waking in the hospital, she nearly forgets about her dark visions when her private crush, the popular quarterback, appears by her bedside. And with fate throwing them together, jealousies spark and gossip runs wild. Unsure who to trust with her secret, Serena’s no closer to stopping the mystery person from taking their own life.

Can Serena embrace this new relationship and save a depressed classmate before tragedy strikes?

Strewn Shoes is an enthralling YA novel. If you like brave characters, complex couplings, and emotional journeys, then you’ll adore TD Cooper’s powerful tale. 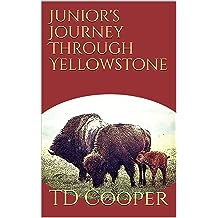 Junior's Journey Through Yellowstone Oct 26, 2018
by TD Cooper, Frank H Weeden
( 1 )
$0.99
Leaving behind the crowded, scrub-covered plateau, in search of lush grasslands for grazing, Junior the Bison and his family travel across Yellowstone National Park on their way to Lamar Valley. During their trip, they will see sights that will be familiar to anyone that has visited the park and Junior will learn about some of the park's features, sights, and mysteries.
Read more
Other Formats: Paperback 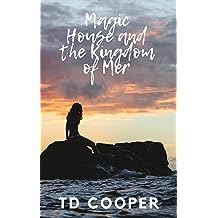 Beneath the ocean lies another enchanted realm. If she fails to protect it, the supernatural world is doomed.<

Regina Edwards doesn’t feel ready to become Queen of Magic House. But when her sixteenth birthday is interrupted by a mermaid sighting, she impulsively swims out to investigate. And when the mysterious creature requests help for a rescue operation, Regina has no time to notify her housemates before she’s transformed into merfolk and swept away.

Discovering the undersea mission was a trap, she finds herself the object of a sinister trade. But when Magic House falls dangerously ill, Regina must team up with her captors to defeat the tyrant intent on stealing her power.

Will this would-be monarch prove her worth before enemies from the deep destroy all that she loves?

Magic House and the Kingdom of Mer is the second book in the light-hearted Magic House YA fantasy series. If you like fearless heroines, budding love, and aquatic battles, then you’ll adore TD Cooper’s thrilling adventure.

Buy Magic House and the Kingdom of Mer to dive into a perilous tide today! 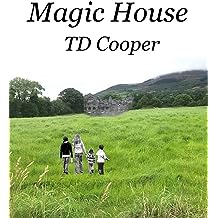 Magic House Oct 29, 2016
by TD Cooper, W. Delre' Designs, Allie Kat Mouser, Frank H. Weeden
( 4 )
$0.99
As Regina Edwards approaches her teenage years, she spends each day living in foster care with brother Dyson and four other children. Their foster parents, Mr. and Mrs. Hillsdale, run a well-ordered household of chores and school, teaching the children to be grateful for having a roof over their heads.
Regina awakes early, finding the routine of the home in chaos from an evil stranger who has come for her! Not understanding any of it, she takes the three youngest siblings and escapes into the forest. There, a dilapidated mansion appears before them and Regina summons the courage to hide everyone among its ruins.
Safely inside the rundown mansion, Regina discovers the secrets of her heritage under the tutelage of Magic House and its magical creatures. Meanwhile, it becomes known, Mrs. Hillsdale is in danger from the evil stranger. Regina and the three siblings must embark on a quest to save her, and the entire magical community that call Magic House, home.