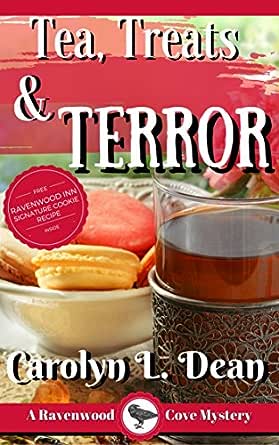 You've subscribed to Ravenwood Cove Cozy Mystery! We will preorder your items within 24 hours of when they become available. When new books are released, we'll charge your default payment method for the lowest price available during the pre-order period.
Update your device or payment method, cancel individual pre-orders or your subscription at
Your Memberships & Subscriptions
There was an error. We were unable to process your subscription due to an error. Please refresh and try again. 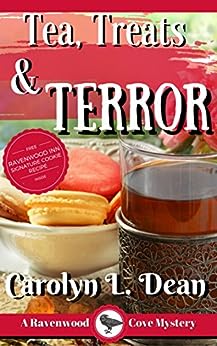 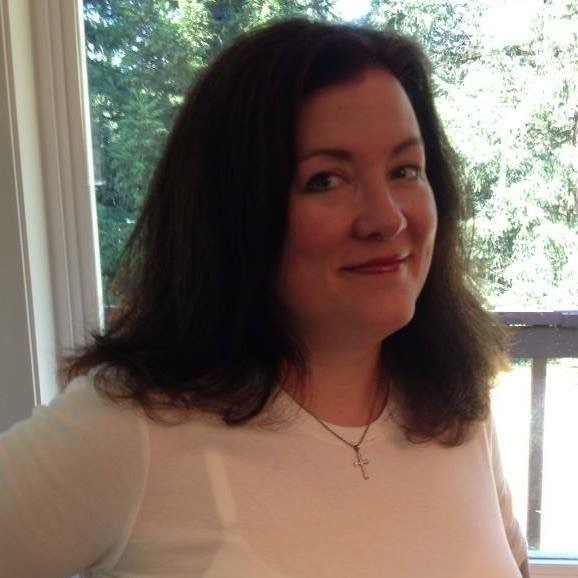 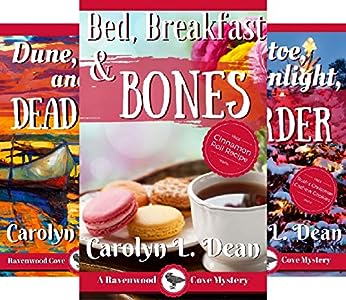 4.0 out of 5 stars
4 out of 5
100 global ratings
How are ratings calculated?
To calculate the overall star rating and percentage breakdown by star, we don’t use a simple average. Instead, our system considers things like how recent a review is and if the reviewer bought the item on Amazon. It also analyzes reviews to verify trustworthiness.
Top reviews

Island River Scribe
3.0 out of 5 stars Good Premise, Poor Editing
Reviewed in the United States on January 31, 2018
Verified Purchase
This is a novella-length entry in the series that, at the beginning, shows a lot of promise. You know early on who will probably die; it's just a question of when, where, why and by whom. And as the story proceeds, you get a sense that several important changes are coming to our main protagonist's life, which could provide some very, very interesting additions to the series.

However, be aware that, while the story moves along at a good pace and is well-plotted, there are areas where the author brings specific information to light but does not follow up, leaving the reader hanging. And I don't mean like a "hook" for another book - I mean that the author just doesn't complete the thread of the sub-plot.

In addition, there is at least one situation where an entire scene is played out in a chapter, only for the author to have the main character, two very short chapters later, have an internal dialogue that implies that scene never occurred. Talk about being jerked out of a story in a state of confusion!

Just because of human nature, some proofing mistakes are to be expected, but the sheer numbers and types of errors in this work really killed my enjoyment of the book.

This book read very much like a first draft that needed SERIOUS revision and editing. I've noticed small errors in her previous books but in this book they are truly distracting.

Also, the relationship between James and Amanda needs a little spice. Are they married - newlyweds at that - or brother & sister?!?! I'm not talking about explicit scenes or anything like that. But it's fully possibly to hint at passion without spelling it all out.

Chloegirl
5.0 out of 5 stars A Real Treat!
Reviewed in the United States on January 29, 2018
Verified Purchase
Another enjoyable Ravenwood Cove mystery. Amanda is just settling down to married life & the changes it brings. She’s busy running the inn when unfortunately another death occurs in her sleepy little town. Lots of twists & turns while Amanda tries to find the killer & sort out her own family secrets. There are a few editing errors that I hope will be corrected with an update but really don’t distract from the overall enjoyment of the book!

******Update******February 2nd*****
Just heard from the author. It appears the wrong file was sent to Amazon. The new, good book copy will be “pushed” out in the next few days so if you received the bad version you will receive the correct file!
Read more
4 people found this helpful
Helpful
Comment Report abuse

Laura McKenzie
2.0 out of 5 stars Disappointing!
Reviewed in the United States on January 28, 2018
Verified Purchase
I hate when everything doesn’t tie together in a book. Amanda overheard a conversation between 2 of her characters (Sage and Tory) in the movie theater. Nothing was ever mentioned again about this conversation or what the conversation was really about. Also some annoying typos especially at the end where all of a sudden she is talking about a guest named Robert and it takes a few seconds for you to figure out she is actually referring to her Wendell character. Needs a better proofreader.
Read more
6 people found this helpful
Helpful
Comment Report abuse

JKomTop Contributor: Cooking
TOP 1000 REVIEWER
4.0 out of 5 stars #9 in the Ravenwood cozies
Reviewed in the United States on November 3, 2018
Verified Purchase
I have enjoyed this series although it's not going to be one I keep permanently. I prefer more hard-core or historical mysteries - but the Ravenwood Cove books are a cut above the usual "cozy". The heroine is sensible and stays within the law, the last much appreciated since I loathe it when characters find important clues but keep it from the police – "Oh, I'll turn it over to them later." Ugh!

This is an idealized slice of small-town life - yes, pretty much 99% Caucasian - where obstacles are easily overcome and life seems to ends well 95% of the time. To achieve this means multiple bad things get glossed over in each story. There is no character development at all. What you get in the first novel is the same all the way through the series (at least so far, and I'm on book #10).

These are 'feel good' stories, which is not a bad thing. Just realize it also means there's not a lot of depth to this series. Romance runs easily (for the heroine/hero). Marriage is a snap. Remodeling and new home construction have no snags (Hah! I wish!). These mysteries are light, easy, quick reads.
Read more
One person found this helpful
Helpful
Comment Report abuse

James J. Cudney IV (Jay)
VINE VOICE
4.0 out of 5 stars A man from the past and an interesting new future
Reviewed in the United States on May 3, 2019
Verified Purchase
If you're new to the Ravenwood Cove Mysteries, there are currently 10 published by Carolyn Dean. They are usually ~100 pages each, considered novellas, and are very lighthearted and simple whodunits. The books are more often about the relationships between the characters, the lovely Oregon setting, and the everyday things people go through in life.

In this caper, a new tea shop opens in town. Will it take over the current coffee shop? A few residents are worried, especially when the owner begins to spread bad news about his competition. Who dares move to a new town and tries to hurt the citizen? Amanda will figure it out... except the poor guy dies from an allergy attack even while trying to get his epi pen to work. What happened?

I enjoy seeing Amanda's marriage and relationship with her husband. She is also getting close to a new person in her life that has ties to her past. I won't spoil it, but it was a bit of a shock to see where this story went! It's been over a year since I read the first few books, so I can't be sure if history was changed a little. Either way, it makes for good tale, and I look forward to the next one. Light, simple, and fun... you can read them in an hour and just have a relaxing adventure.
Read more
Helpful
Comment Report abuse
See all reviews

Pauline Smith
4.0 out of 5 stars Gentle murder mystery with a touch of coastal wonder
Reviewed in the United Kingdom on April 8, 2018
Verified Purchase
As good as the other books in the series.... can't wait for the next one.
Read more
Report abuse

Mary Weatherall
5.0 out of 5 stars Enjoyed the. Book endearing characters
Reviewed in the United Kingdom on March 22, 2018
Verified Purchase
This is the tbirdbook I've read,am easy comfortable book, not heavy or challenging as in studying. A. Lovely Christian ethos as in healing and forgiveness MW
Read more
Report abuse

Amazon Customer
3.0 out of 5 stars Missing pages!
Reviewed in the United Kingdom on March 16, 2018
Verified Purchase
Enjoyed the book as usual but there were several pages blanked out; nothing to do with the device I read it on, so missed out on parts of the plot!
Read more
Report abuse
See all reviews