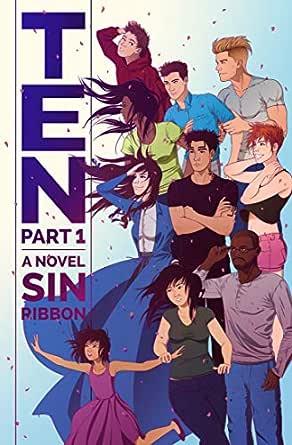 You've subscribed to TEN! We will preorder your items within 24 hours of when they become available. When new books are released, we'll charge your default payment method for the lowest price available during the pre-order period.
Update your device or payment method, cancel individual pre-orders or your subscription at
Your Memberships & Subscriptions
There was an error. We were unable to process your subscription due to an error. Please refresh and try again. 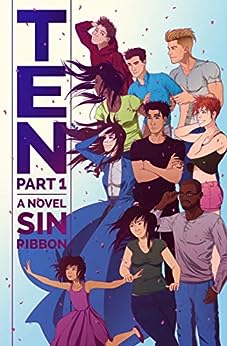 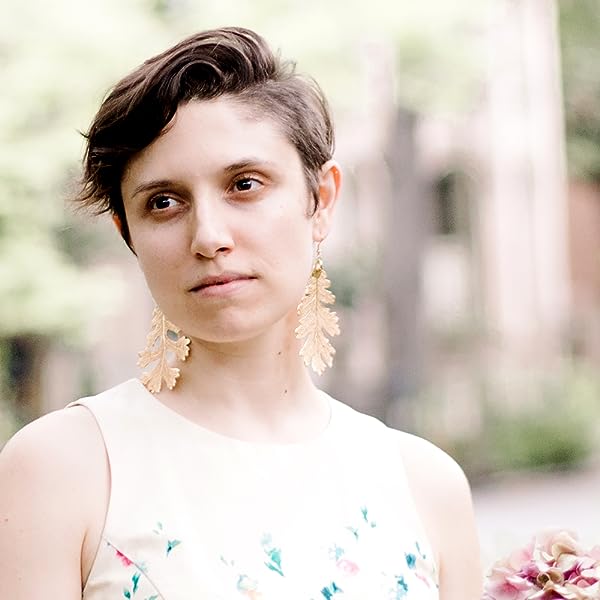 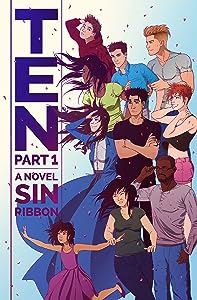 "[The book] rather reads like poetry than prose, weaving in gorgeous and haunting imageries of darkness and of gloom and of morbidity but also of light and of vibrancy and of laughter; Sin Ribbon experiments with and subverts language in imaginative, revolutionary ways and does it so expertly." - Nadia Gerassimenko, editor of Moonchild Magazine

"What I feel is the strongest and easily most enjoyable element is the diversity of the characters at play. LGBTQ+ representation isn't linked to a single token figure, nor is it the primary trait of said characters. It allows the interplay and relationships of the protagonists to develop authentically. The sense of solidarity and community that comes from the ten leads bonding, even if some among them eventually have to turn on their friends, is refreshing in the sense that Sin largely avoids interpersonal conflicts, quibbles, and drama, replacing it with genuine sincerity." - Sam Jowett, author of Cynthia Silver

"TEN: Part 1 is one of those books that will blow you away. [It] was a fantastic read with a great plotline and characters that blew my socks off. ★★★★★" - Jolie, Read With Me Blog

"The heart of this book lies in the ten well-crafted main characters. The characters are swiftly introduced and not overwhelming, and the book is a quick page-turner." - Leah Rachel von Essen, While Reading and Walking Blog

"The characters are well developed, the story is gripping, and the relationships they develop are dynamic and interesting. Sin Ribbon has done her research to make the characters believable and varied." - Eric Runkel, Amazon

"You'd think that having to juggle so many characters around would be difficult, yet Sin Ribbon makes it seem as natural as breathing. I rarely ever see character relationships and personalities develop this organically while making sure each one of them has their own individual traits." - Denis Gor, Goodreads

"[The characters] were so unique and diverse, but easy to distinguish between so I didn't get confused at all. They have wonderful chemistry and voices that I can't get enough of!" - Cheyenne Bramwell, Amazon

"An amazing book with so many lovable characters. I would highly recommend this book to anyone." - Zane Desjarlais, Goodreads

"TEN: Part 1 is an utterly intriguing novel. While the narrative at large sets up the stage for a grand and fantastical conflict between the various members of the cast [...], it also explores the much more personal and human conflict of trauma." - Harrison Donellan, Amazon

An old soul looking for his place in his universe. A fiery spirit that never goes out. A willful outcast following her heart. Two British brothers avoiding responsibility. A trans runaway searching for hope. A wandering orphan with a secret. A disillusioned journalist studying the supernatural. A Botswanan minister with hidden knowledge. And a mysterious fortune teller hiding behind an innocent smile.

Centered in Pittsburgh, Pennsylvania, TEN is an urban fantasy tale of mystical intrigue, destiny and choice, and a found family carving their place in the world. It explores the philosophical concepts of free will and determinism. I grew up reading manga and playing RPGs, especially Final Fantasy, so I take a lot of inspiration from that style of storytelling. TEN came about after asking myself, "Why would characters that receive supernatural powers easily accept them? What if destiny forced them to take a path they didn't want?" Stories like Narnia and X/1999 got me thinking about that, and so TEN was born.

However, the focus of this story lies in its characters. I created a wide, diverse cast because it seemed appropriate that people deciding the fate of humanity should come from all over. Different identities and cultures offer unique perspectives. Ten characters is a lot to juggle, but making these characters memorable and individualistic has been my central goal. So much of my soul went into giving them voice and making them grounded and relatable. I wanted to share the struggle of overcoming trauma while providing hope in healing. I'm sure among these ten characters, you'll find someone you resonate with.

TEN is planned to be a tetralogy with the goal to release TEN: Part 2 in spring 2020. Part 3 and Part 4 will follow thereafter, completing the series in 2021. I hope you'llgive this story a chance to speak to you; it may take you on a journeyto a place in your soul you didn't know existed.