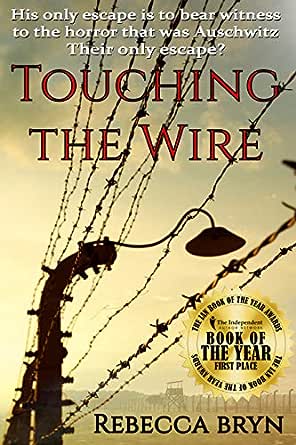 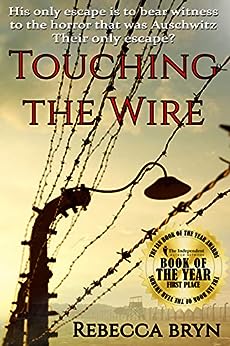 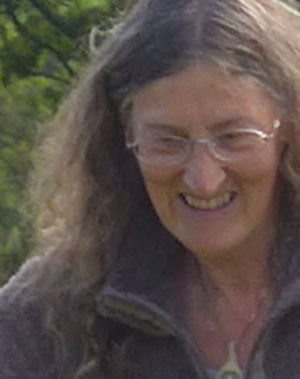 TOUCHING THE WIRE: Auschwitz1944: A Jewish nurse steps from a cattle wagon into the heart of a young doctor, but can he save her? Kindle Edition

Touching the Wire by Rebecca Bryn is a story of all the  women of the Holocaust. Miriam, a Jewish nurse, steps down from a cattle wagon and into the heart of Chuck, a young doctor, but saving her from  the gas chamber exposes her to the full horror of camp life. Their  relationship blossoms, and together, they save lives, joining the camp  resistance and risking execution daily. At liberation, they are  separated, Chuck stealing damning evidence that he dare not reveal for  fear of harming his post-war family. Part Two takes place after his  death. His granddaughter, Charlotte, fighting her own demons, seeks to  uncover the past her grandfather wouldn't speak of, and solve the  mystery of what happened to Miriam, his lost love.

Rebecca Bryn has a way with words I have found in no other writer: "she'd left footprints in his heart, trodden deep and clear." Beautiful, but the true meaning behind them is hidden for a long time in Touching The Wire. A powerful and unforgettable story of life in Auschwitz, it is a testament to the courage of those that survived; touching the  electric fence that surrounded the camp was the fastest way to commit  suicide. I can only admire Ms Bryn for undertaking what must have been  challenging research, and recommend this superbly written book to all. The horror of man's inhumanity to man and the love story between Walt  and his "sepia girl" combine to make a nail-biting read that will leave  you looking for more books by this talented author.- Readers' Favorite

Touching the Wire was inspired by a television report about Nazi war criminals. I wondered if I could ever forgive such people. As I researched, the question became harder to answer, and this novel was a way of discovering whether there were any circumstances under which I could find forgiveness. I now ask that question of my readers. 'Could you forgive this?'

Miriam, a Jewish nurse, steps out of a cattle wagon into the heart of a young doctor and a hell she hadn't believed existed. Together, they fight to save the women in their care. Can they survive to keep their promises to tell the world the truth about Auschwitz?
'Outstanding storytelling'
'Relentlessly engaging'
'My favourite author of historical fiction'

Rebecca Bryn lives near St Davids in West Wales with her husband and rescue dog, where she paints the fabulous coastal scenery in watercolours and writes mystery, historical, and post-apocalyptic tales with a twist.
Read more