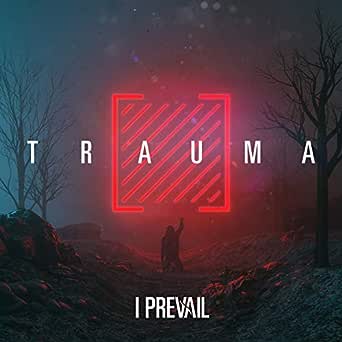 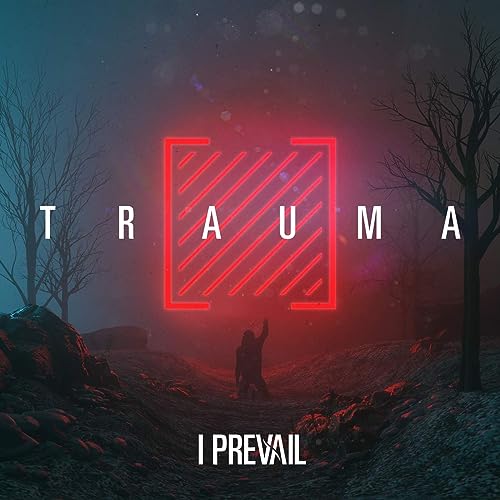 4.8 out of 5 stars
4.8 out of 5
989 global ratings
How are ratings calculated?
To calculate the overall star rating and percentage breakdown by star, we don’t use a simple average. Instead, our system considers things like how recent a review is and if the reviewer bought the item on Amazon. It also analyzes reviews to verify trustworthiness.

The Good Docta
2.0 out of 5 stars Disappointment symbolized
Reviewed in the United States on March 29, 2019
Verified Purchase
Listening to the first 2 singles in "Bow Down" and "Breaking Down", the album showed amazing promise as a follow up to an incredible Lifelines album that was full of hook and heart. Once "Paranoid" was released, my concern started to grow but I decided to wait to pass judgement and just chalked it up to a track that I just wasn't into. Then the album dropped. Out of 13 tracks, only 5 are worth a listen and 3 to be played on repeat. Track 3 really started the down fall with "Every Time You Leave". It sounds like Hinder or Nickelback from the late 2000's came in, held a gun to their head, and said "record this or die". "DOA" at track 6 disappointed me the most as it started off sounding as it could drop into another heavy hit like "Bow Down", but instead fell into the stereotypical tropes that today's Trap music falls into. That track actually left me mad.

All in all, I support when bands like to go in different directions as it shows growth and maturity. I don't mind, and sometimes like, when Hip Hop elements are used in Rock and Metal. However, there is a difference between Different and Good, and this album unfortunately is not good. It's all over the place in a bad way. Some tracks belong in a Rom-Com, some in a bad strip club, and some that deserve 2nd and 3rd chances.

Listen, I respect the message behind the album, but it was delivered in a way that I can't relate to very much unlike Lifelines. Buy the tracks "Bow Down", "Breaking Down", "Gasoline", "Hurricane" (which I had to listen to a few times before I finally gave it a thumbs up) and "Deadweight" for the tracks you expected from this album and stay away from everything else.

Zachary H. Engelbrecht
5.0 out of 5 stars One of my favorite albums of 2019!
Reviewed in the United States on December 28, 2019
Verified Purchase
I never heard many of I Prevail's songs, except for "Breaking Down" and "Gasoline" on Spotify radio. But after hearing those songs enough, I decided to stream the whole album. I listened to the whole thing through at least 15 times before I knew it warranted an actual purchase. Listened to it over 25 times (at least) now and will continue to do so. It's an amazing album from start to finish and one of my favorites for 2019! Excited to hear what they come out with next!
Read more
4 people found this helpful
Helpful
Report abuse

Sebastian L.
5.0 out of 5 stars My vote for album of the year/Cover art of the year
Reviewed in the United States on July 19, 2019
Verified Purchase
This band has no bad albums so far and this one is going to be hard to top. Every song is a banger, not a single bad one on this album. They pulled no punches in every song in matters of depression and losing loved ones. This album is as raw as it gets and they approached all sensitive topics at hand beautifully and respectfully.
Side note, the cover art is beyond beautiful. I feel like it should be tattooed or at the very least hung up on a wall to display in ones home.

R3ckl3ss
5.0 out of 5 stars Wow!
Reviewed in the United States on April 3, 2019
Verified Purchase
Grrr8 cd all the way through, never a disappointment with I Prevail!!!
Read more
6 people found this helpful
Helpful
Report abuse

mohawkmom
5.0 out of 5 stars Worth the Wait !!
Reviewed in the United States on March 29, 2019
Verified Purchase
A Masterpiece!! Bowdown , Paranoid are my
Favorites, also DOA !

Darin Boyle
5.0 out of 5 stars The vinyl sounds incredible
Reviewed in the United States on April 2, 2019
Verified Purchase
Not only is the album great, but it was mastered perfectly for vinyl. The vinyl is one of the best sounding records I have in my collection of over 500.
Read more
4 people found this helpful
Helpful
Report abuse

arnold
5.0 out of 5 stars fantastic cd
Reviewed in the United States on December 19, 2020
Verified Purchase
I prevail shows once again why they are at the top. they put together a fantastic album for us to enjoy.
it is rare for a band to put out a fantastic sophomore album.

these gentlemen did it and looking forward to more music from them.

P Godfrey
4.0 out of 5 stars Product description omits coloured vinyl variation
Reviewed in the United Kingdom on December 23, 2020
Verified Purchase
Having listened to this album on Spotify, I thought I would finally purchase this on vinyl. I will not review the music as it speaks for itself, however I would like to discuss Amazon's product description.

The product cover and the audio quality are fantastic - no problems whatsoever there. My issue is with the vinyl. If you go online (Discogs) you will find that the there are over 15 vinyl variants of the album, with differing production runs:

If you then look at the description on Amazon (as of 23/12/2020) there is no mention of vinyl variation. All that is written is, "Second studio album by the American metalcore band, featuring hit single 'Breaking Down'".

I still purchased the vinyl album from Amazon not knowing which colour variant to expect. In the end, I received a Transparent Yellow Orange ﻿Galaxy variant, which looks super and I'm very happy with.

Basically, if this is something that you don't care about, then order without hesitation; however, if you want a specific colour variant, ordering from Amazon is complete pot-luck.

SoapyBubbles
5.0 out of 5 stars Great
Reviewed in the United Kingdom on October 2, 2019
Verified Purchase
Excellent CD. Have absolutely loved listening to it. Arrived in perfect condition and in good time
Read more
Report abuse

Mr Christopher Morford
5.0 out of 5 stars Great album
Reviewed in the United Kingdom on March 30, 2019
Verified Purchase
Great group , I actually prefer this album to the last one . Awesome .
Read more
Report abuse

Richard Edwards
5.0 out of 5 stars Fantastic album
Reviewed in the United Kingdom on August 25, 2019
Verified Purchase
Best album they have made, awesome songs and well worth the listen.
Read more
Report abuse
See all reviews