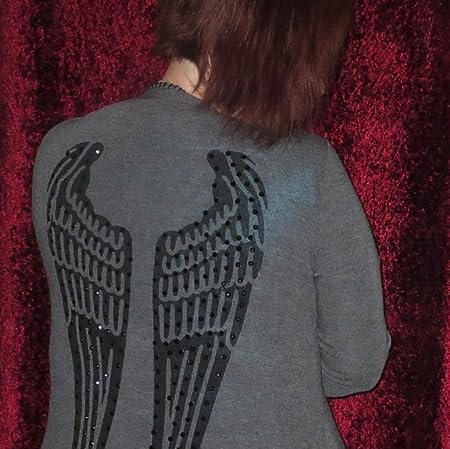 Tricia was born in Michigan and knew at an early age that she had a creative soul and a connection to the paranormal.

After moving to Maryland her first artistic expressions were in the forms of crafts, sketches and paintings. In later years she even dabbled in comic book art, before getting her Associates Art Degree in Studio Art.

During the 1980’s Tricia branched out into jewelry design creating a small handmade jewelry business, which is still operating today.

While Tricia had begun writing in her early teens it was not until 2007 when she met a wonderful group of likeminded women (through of all things an online fan club discussion for one hot young vampire) who encouraged her to take that first step and introduce her intriguing stories to the world. After that the dam of creativity broke and a multitude of plot bunnies burst forth.

By day, Tricia is a Customer Service manager for an insurance brokerage handling clients numerous daily needs; by night, she wields her mighty keyboard to craft otherworldly universes filled with fantastical – and often lusty – creatures, who beckon us to join them in their irresistible adventures that determine the fate of men and angels.”

Tricia has been inspired by everything from music, art, cultural and religious mythology, ancient aliens’ theory, and history. 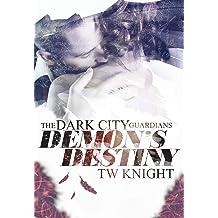 Demon's Destiny (Dark City Guardians Book 1) Feb 28, 2019
by TW Knight
( 2 )
$2.99
Garrett Duex Sabres is handsome, wealthy, brilliant and a demon with a split personality feeding on the living energy of humans. However, unlike others of his kind, Garrett chooses not to feed off pain and misery, he’s discovered a more palatable and just as potent source—sexual energy. Exploiting his charms, Garrett spends many evenings moving from one “dinner-date” to the next siphoning off small amounts from willing playmates. When Kay walks into Garrett’s life, his entire world is flipped around.

Kay Piper Jordan had once been held captive by a demon leaving her scarred in body, mind and spirit. Now, nine years after her escape, she is homeless, hunted, and still wondering exactly what the demon, Border, had intended for her. When Garrett rescues her from Border’s servant she finds herself conflicted. Garrett isn’t at all like the other demon, in fact he seems to be highly over protective of her—even form his other, darker, personality Taledrin.

Taledrin lives less than a half-life. For just one week a month his other side gives him control. Unlike Garrett, Taledrin likes a little pain with his pleasure and cruses the seeder clubs for his “dinner dates”; or fights whoever he can just for the thrill. But once Kay enters the picture he finds himself curbing his natural tendencies. He begins to care, even vying for her attention. No matter who wins the battle for Kays heart one thing is clear, both Garrett and Taledrin must work together to keep her safe and out of Borders hands.
Read more
Other Formats: Paperback 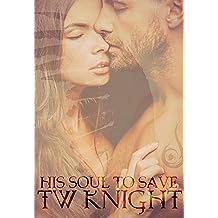 His Soul to Save (Dark Knights of Heaven Book 3) Oct 24, 2017
by TW Knight
( 3 )
$2.99
Soulless and exiled from Heaven the Dark Knights have spent millennia protecting humanity from Lucifer and his demons. But the longer they live the closer they come to joining Lucifer’s ranks in Hell. Their only hope is to find their soul keepers, and love.
After an attack by a demon left her injured and weak Amber Fitzpatrick welcomed the attention and caring of her rescuer Jacob—until he turned into an abusive monster. The night Amber flees the possessive, extraordinarily toxic relationship Jacob reveals his true demonic nature.
Zach has more than Lucifer’s minions to contend with. Each day brings him closer to Hell. For fifty years he’s walked the thin line between sanity and giving in to his dark urges. Urges that go against his calling as a healer and a teacher. Every battle drives him closer to the edge, feeds his inner demon and pushes him to find a permanent solution to death.
When Zach meets Amber he sees a chance for salvation. But Amber’s experience with Jacob makes her afraid to start any kind of relationship with Zach, especially discovering he’s not that different then the man she walked away from. Can she set her fear aside and save Zach before she loses him to the darkness forever?
Read more
Other Formats: Paperback 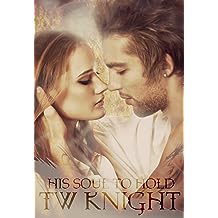 His Soul to Hold (Dark Knights of Heaven Book 2) Oct 31, 2016
by TW Knight
( 16 )
$2.99
Soulless and exiled from Heaven the Dark Knights have not abandoned their duty. For millennia they’ve battled demons, protecting human kind from Lucifer’s servants. Less than a year ago hundreds of demons escaped Hell world-wide, stretching the Knights resources to their limits. Now they face the greatest challenge of all—discovering love.
Breanna Thorn spent the last ten years fighting demons with her twin brother Sam, and she’s damn good at it. But at twenty three all she really wants is a normal life with dating, college and quiet. To balance the life she wants and the life she has, Bree studies demons and other supernatural creatures in hopes of better understanding the enemy. When she meets fallen angel Bass, Bree encounters a complication she never saw coming—love.
Bass’ persona of hedonism begins to crumble when he meets Breanna. She’s beautiful, intelligent, a kick ass fighter and the vessel for his immortal soul. He knows he’s no good for her but no matter how hard he tries to make Bree hate him; she keeps finding a way into his heart. He’ll do anything to keep her safe even if it means giving up everything he is.
After their parents are killed by monsters, demons, Sam Thorn focuses his life on protecting his sister and hunting the creatures that changed their lives. Now he finds himself swept up in a world where he’s surrounded by monsters and at risk of losing his sister—something he cannot, will not allow. When the rage burning inside him breaks free Sam finds he is a greater danger than the monsters he fears.
Hogart once walked the halls of Heaven, now he battles with voices in his head driving him further and further into madness. Being taken in by his fellow fallen angels, The Dark Knights, is both a blessing and a curse. Their energy quiets the demon within him but now he is permanently housed with the twins Sam and Breanna. The voices insist he kill them; his heart says otherwise.
Read more
Other Formats: Paperback 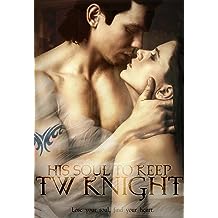 His Soul To Keep (Dark Knights of Heaven Book 1) Oct 20, 2015
by TW Knight
( 38 )
$2.99
Where fallen angels battle Hell’s demons, find their lost souls, and discover love while hunting for a prophecy that holds the key to either their redemption or their destruction.

At twenty-eight, Cassidy Long is happy with her life. She has a job she loves, a great family, and a future open to possibilities. That all changes after she discovers she is the vessel for the immortal soul of an angel cast out of Heaven, and the only way to break the bond is by her death. Spirited away, Cassidy finds herself in the middle of an eternal war and falling for her angel.

Rail is captivated by Cassidy immediately, but fears it’s only the connection to his soul fueling his interest. He’s vowed to never fall in love, but fate has different plans. The more he fights his growing feelings, the deeper in love he falls. Cassidy not only holds his soul, but his heart. Now, he will fight Heaven and Hell to protect her.

Heaven abandoned them, but they did not abandon their calling. Once they were the Watchers, teachers, and mentors to human kind. Now soulless and exiled from Heaven, forced into an endless war, some will fall while others rise to find their destinies. They are the Dark Knights of Heaven.