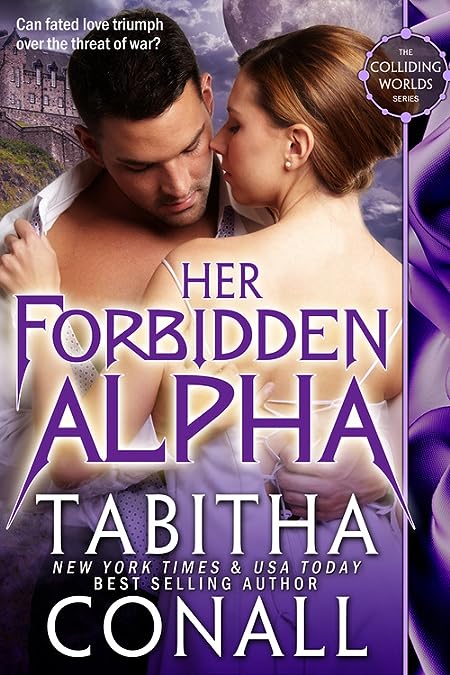 New York Times and USA Today bestselling author Tabitha Conall has been in love with love since the first play she wrote at the age of eight. That story involved three princes who fell in love with three princesses. With time, boyfriends and a Master’s degree in writing, her stories gained not just deeper conflict but also a lot more flesh. Now she describes not just the princes and princesses falling in love, but also what happens when they close the bedroom door. What could be more perfect? 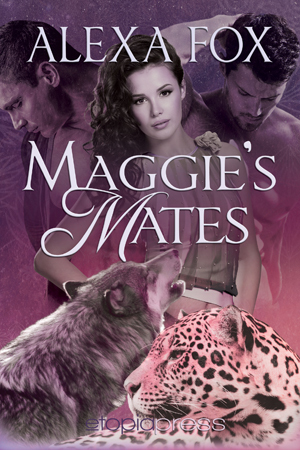 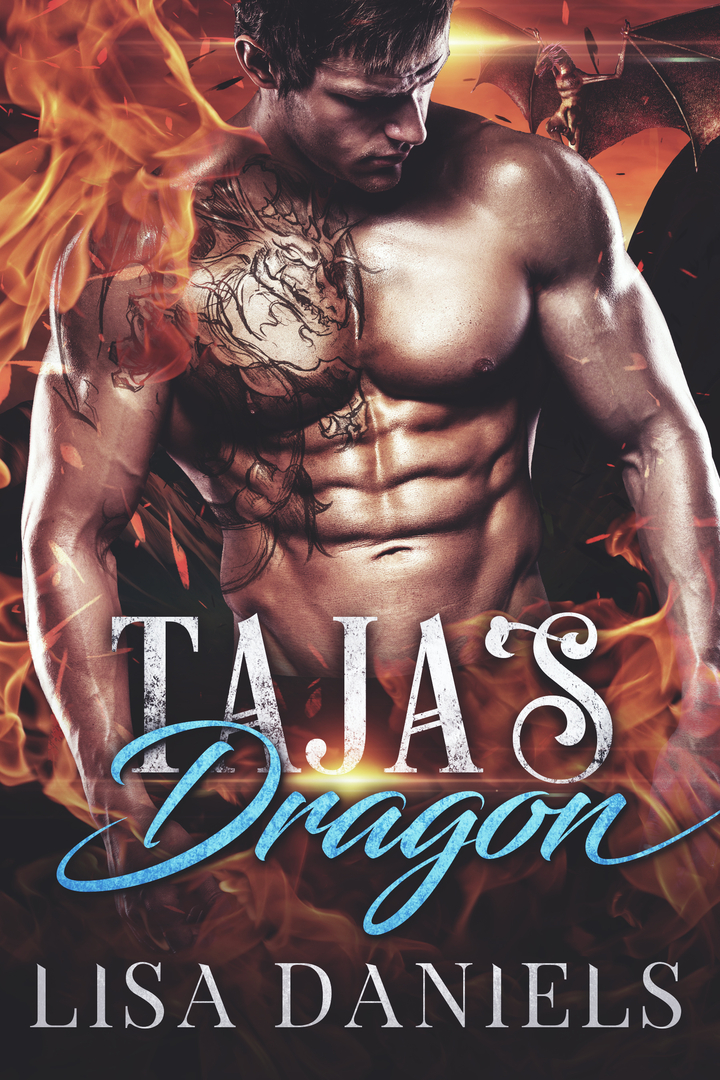 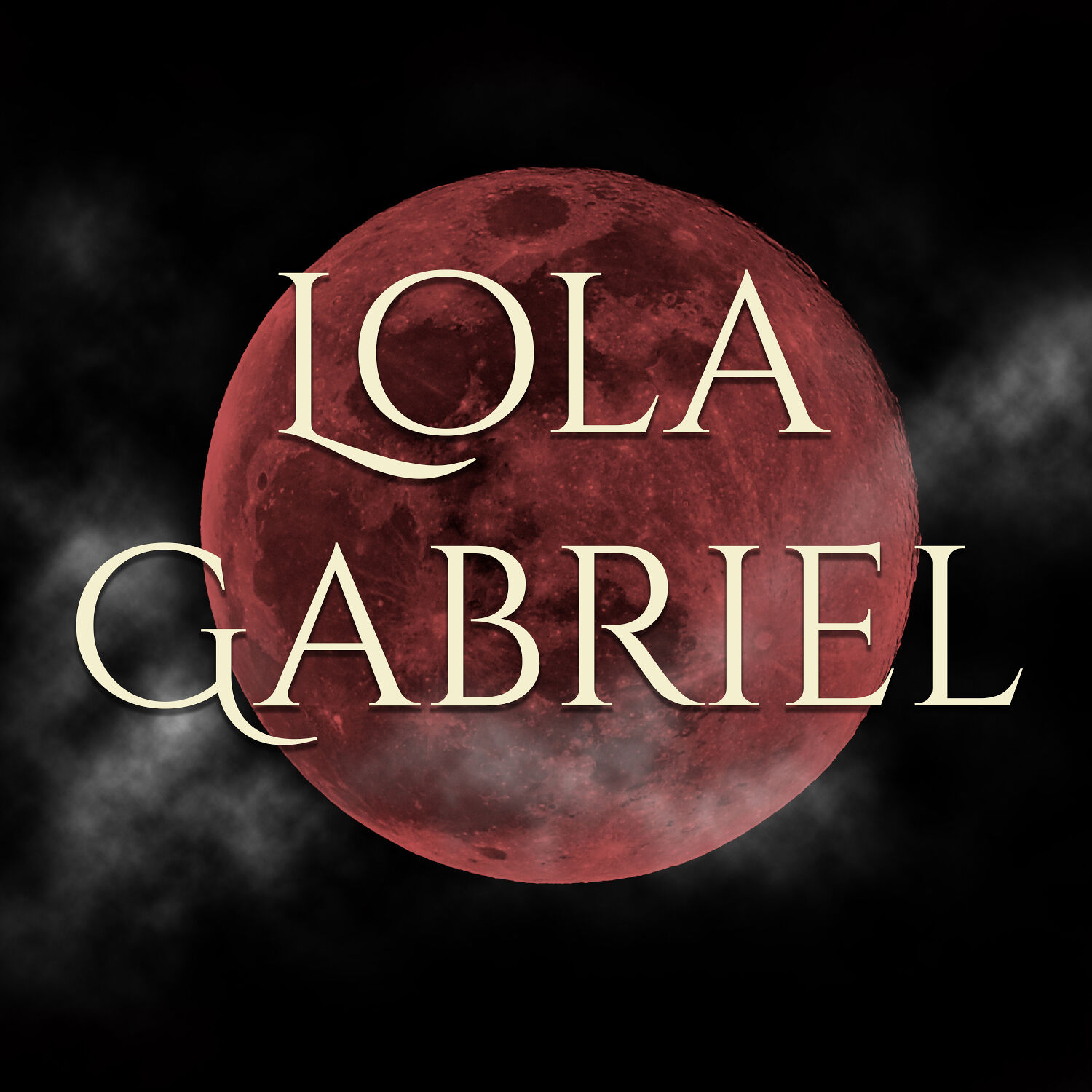 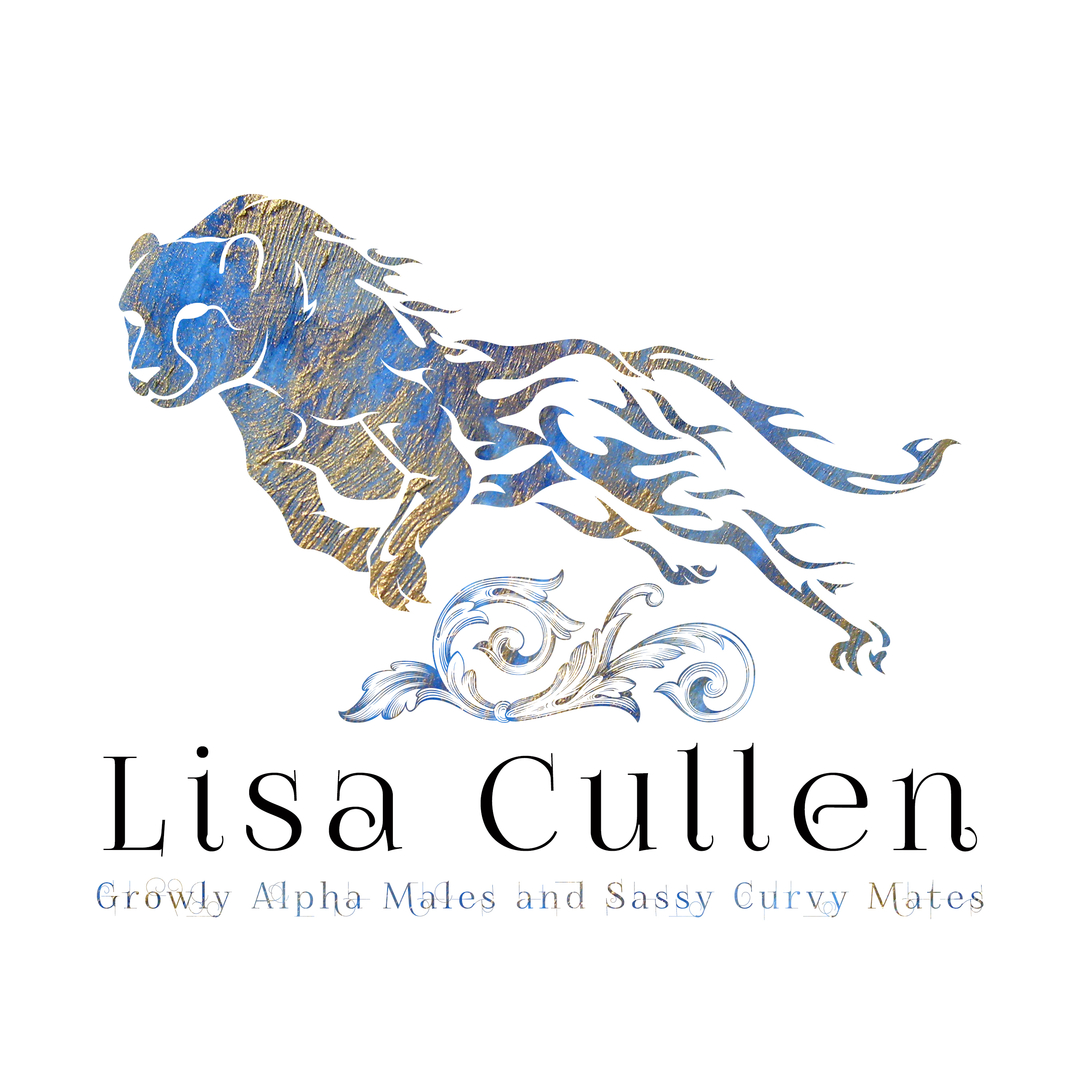 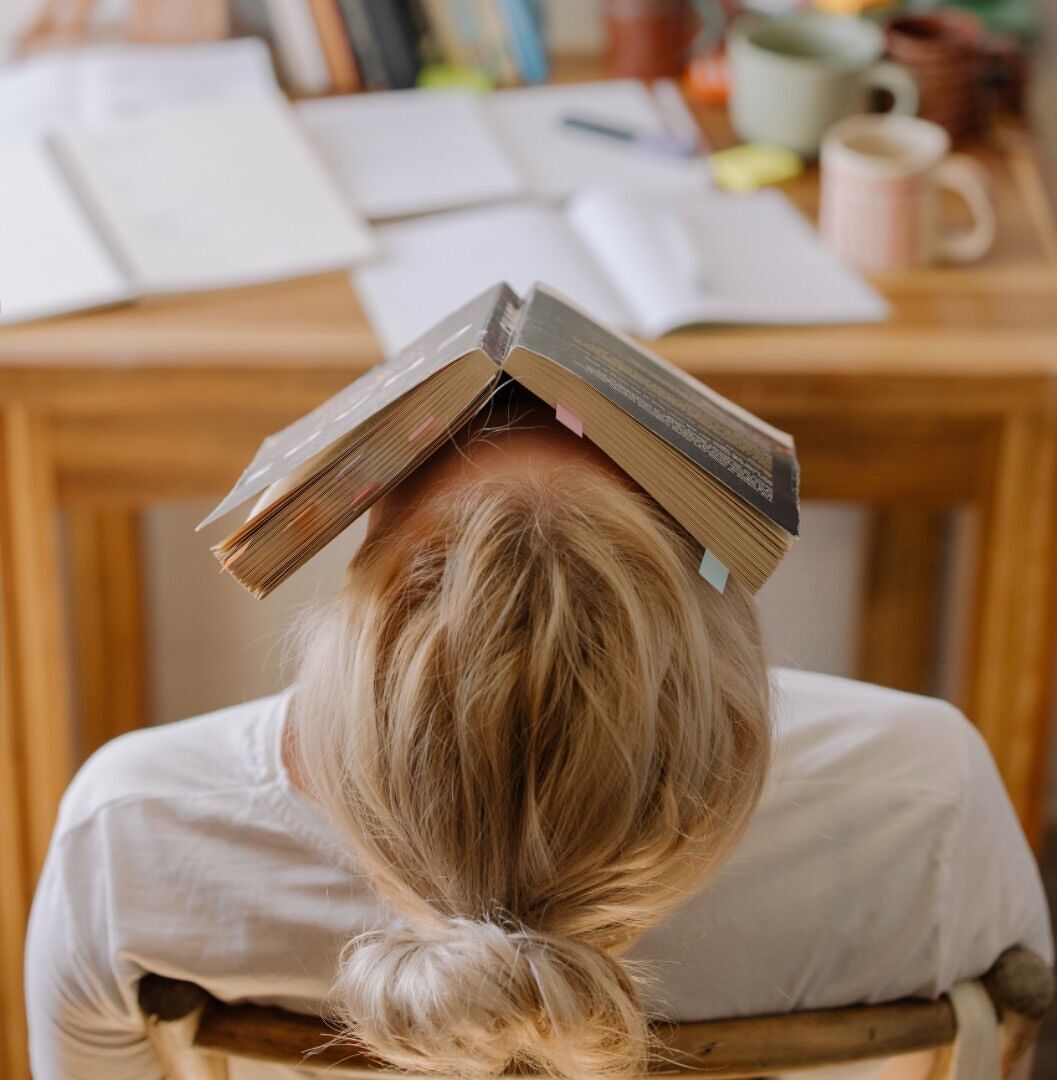 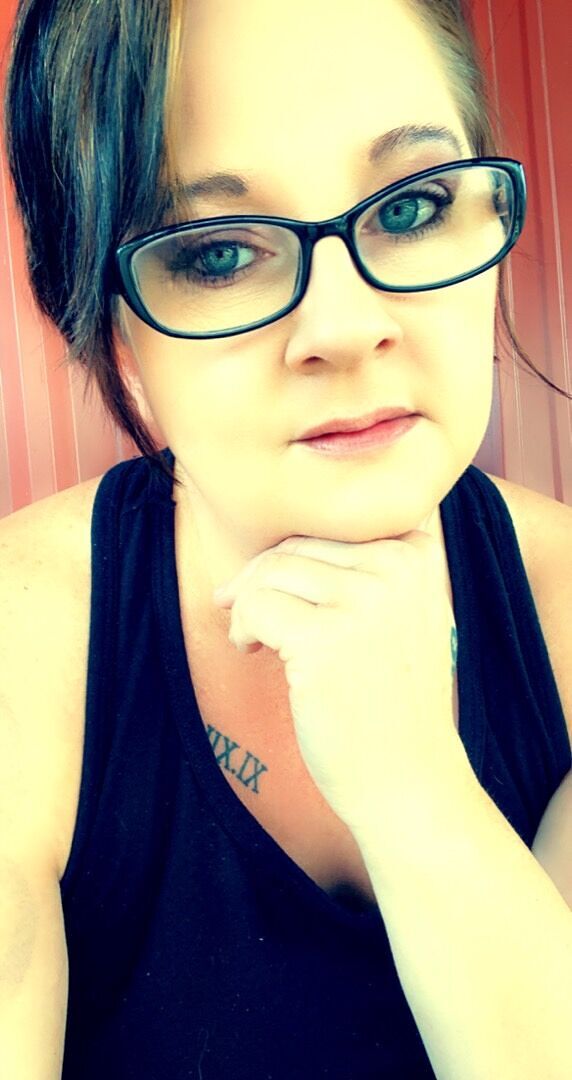 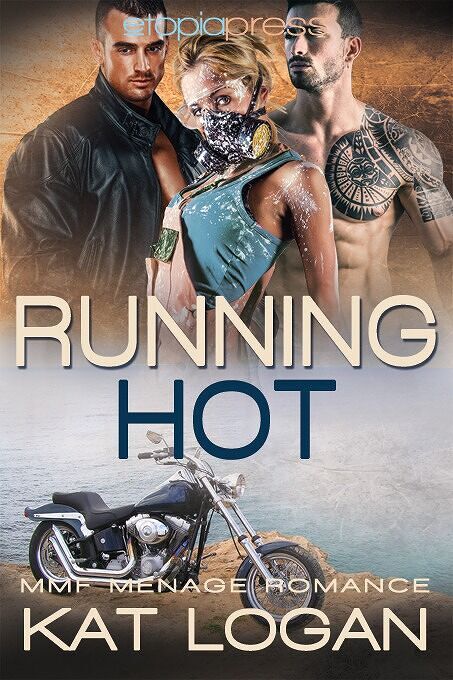 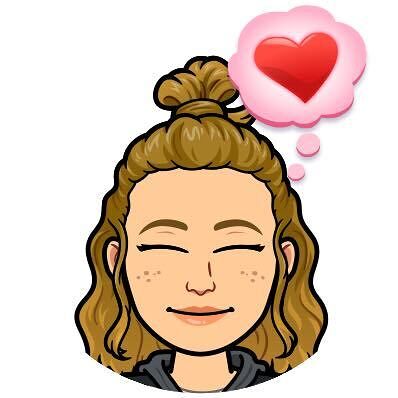 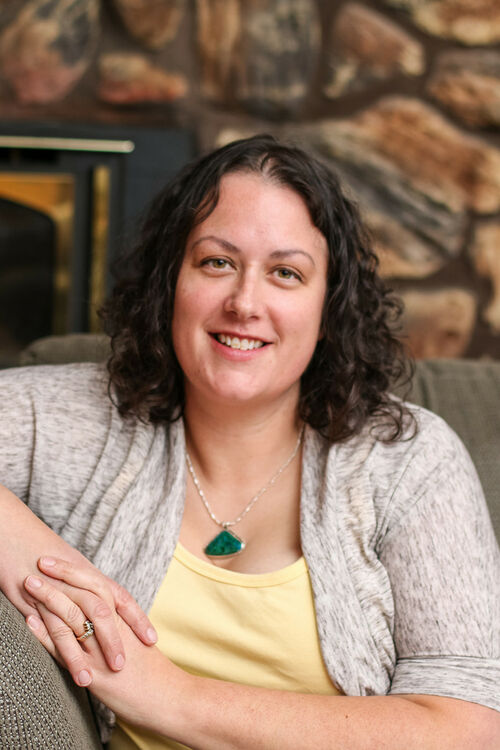 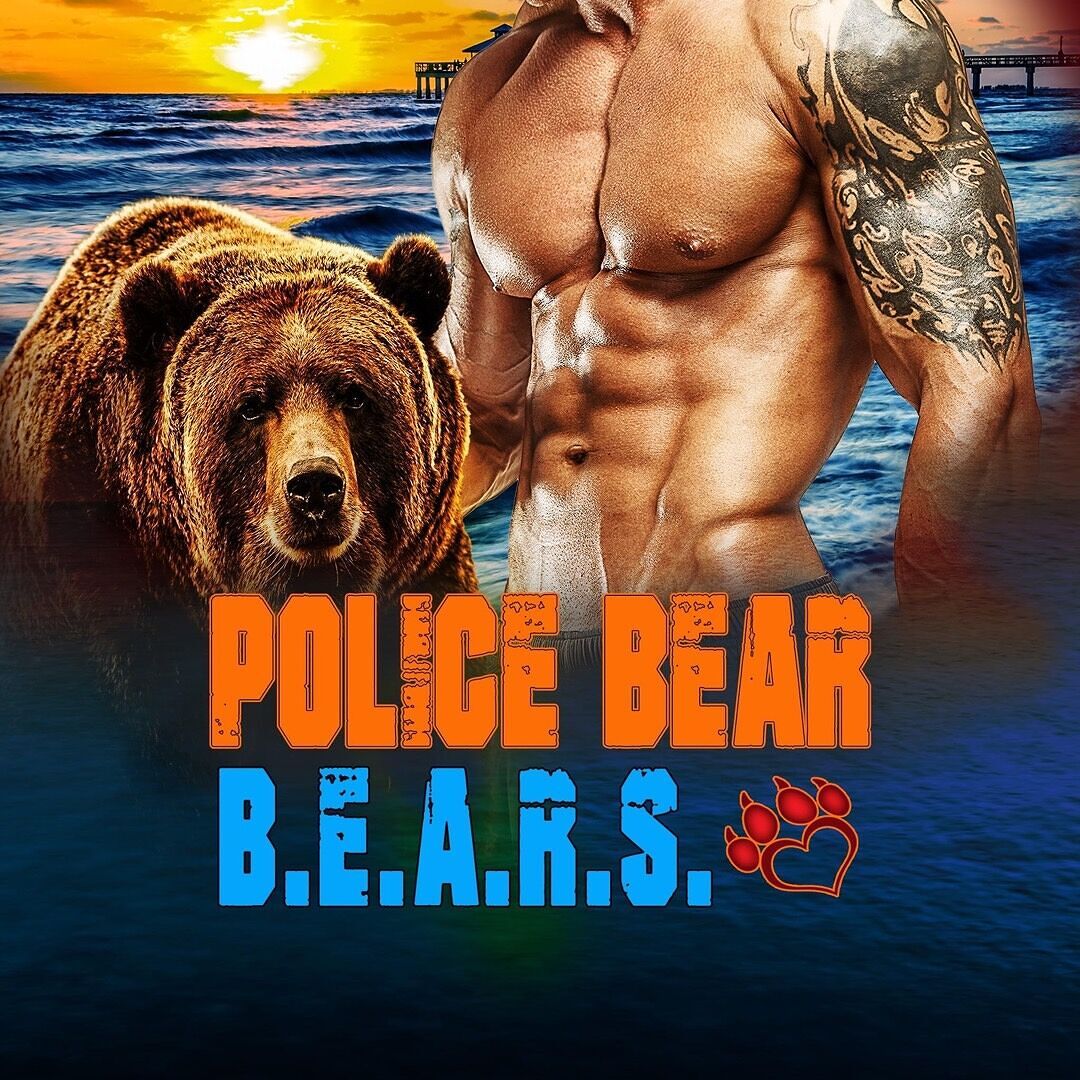 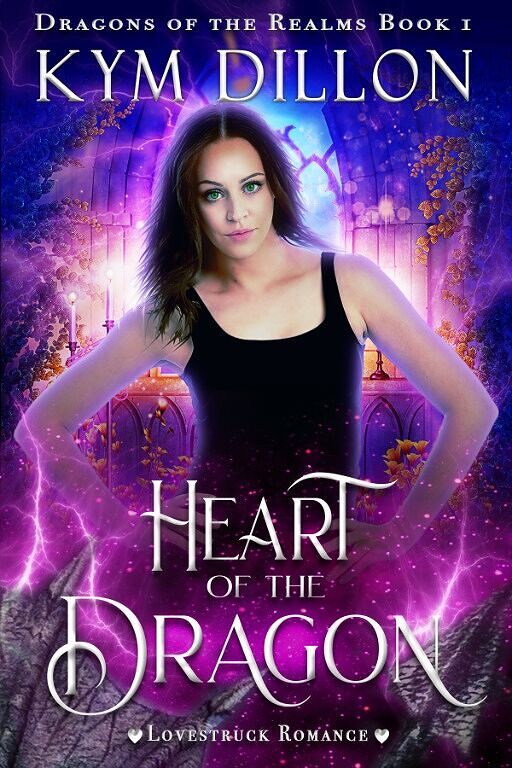 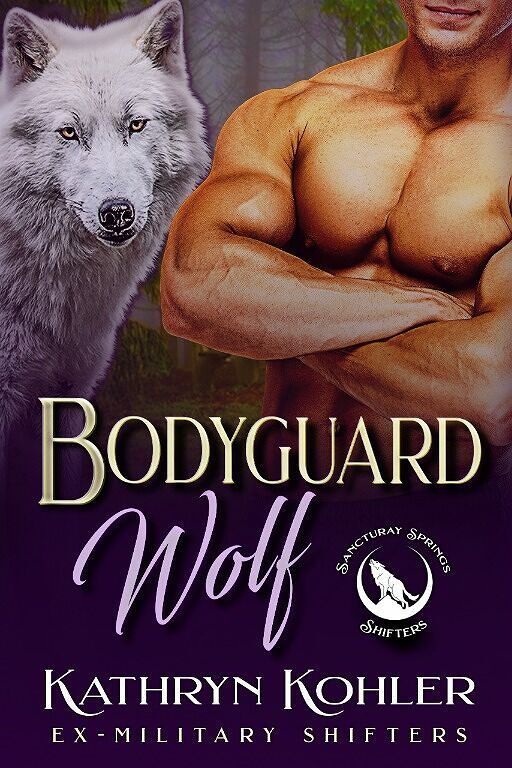 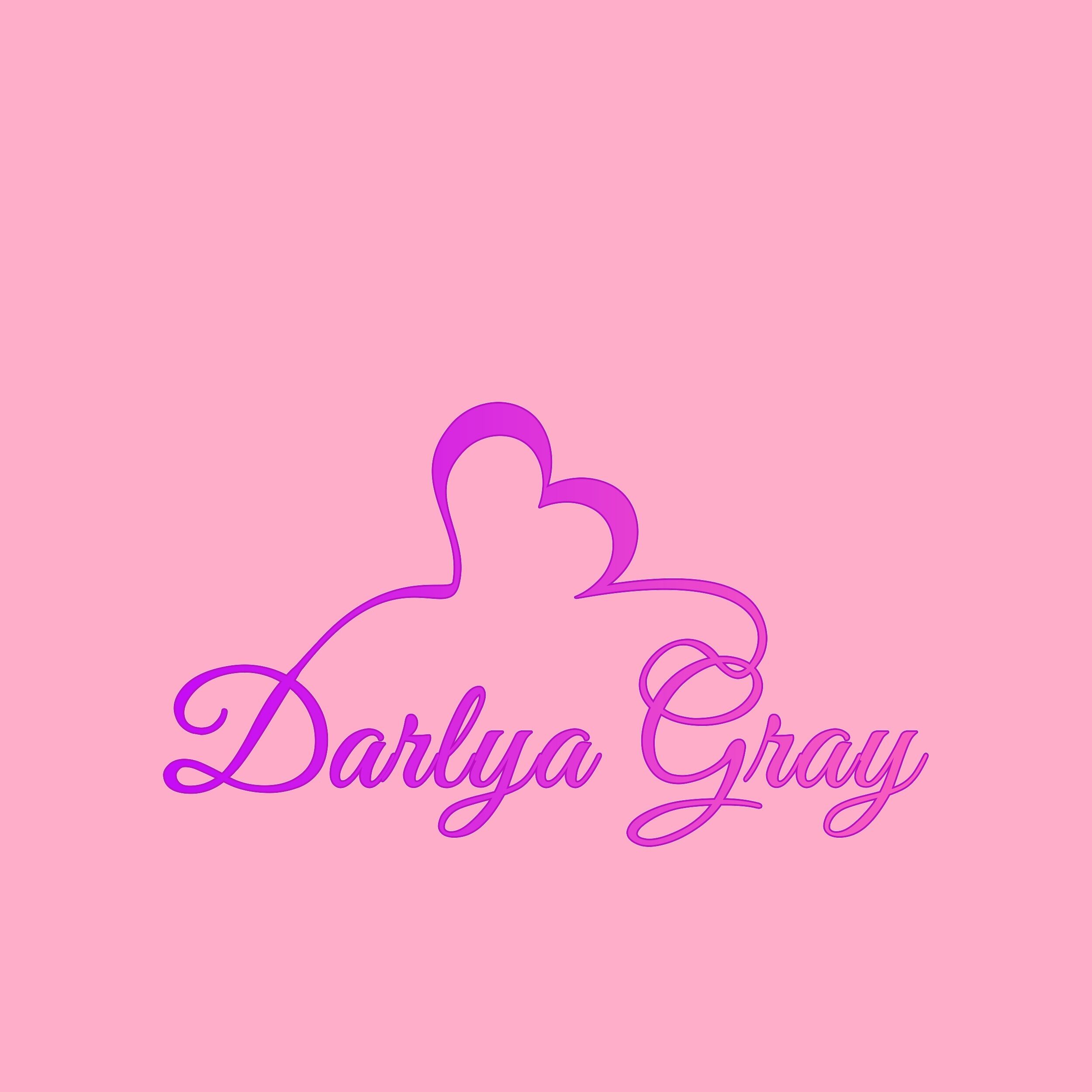 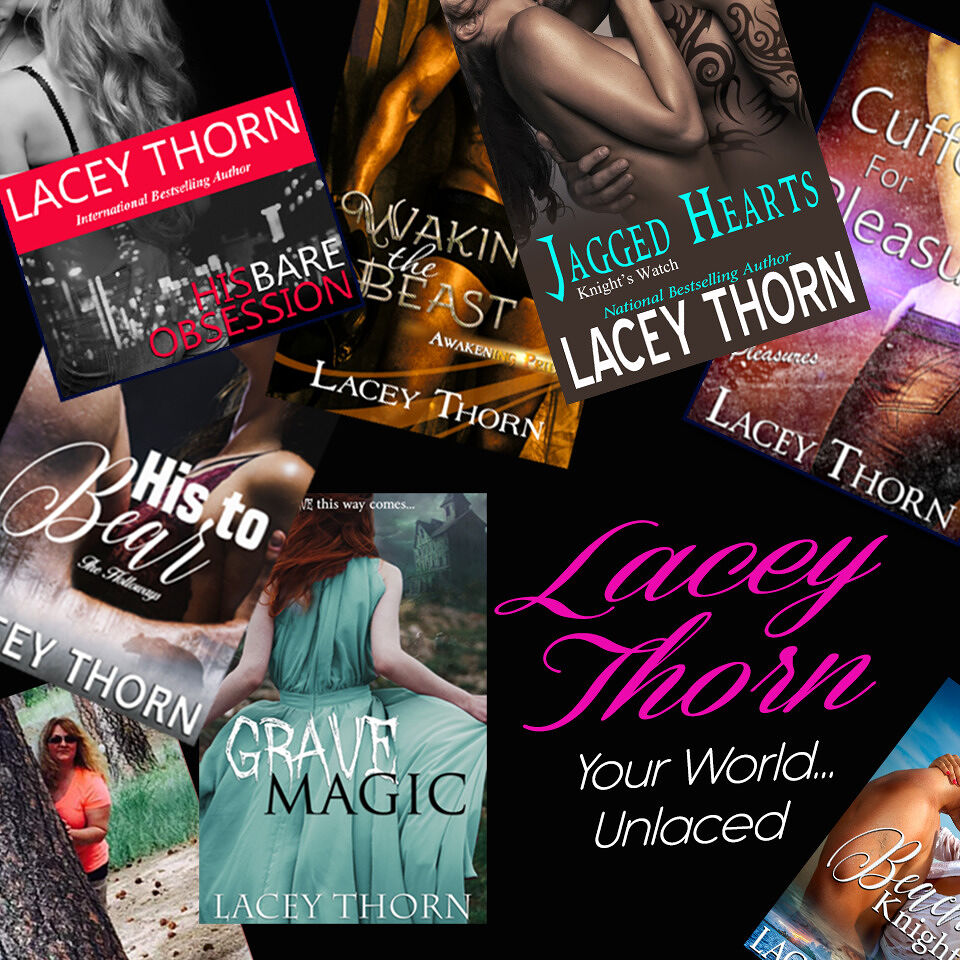 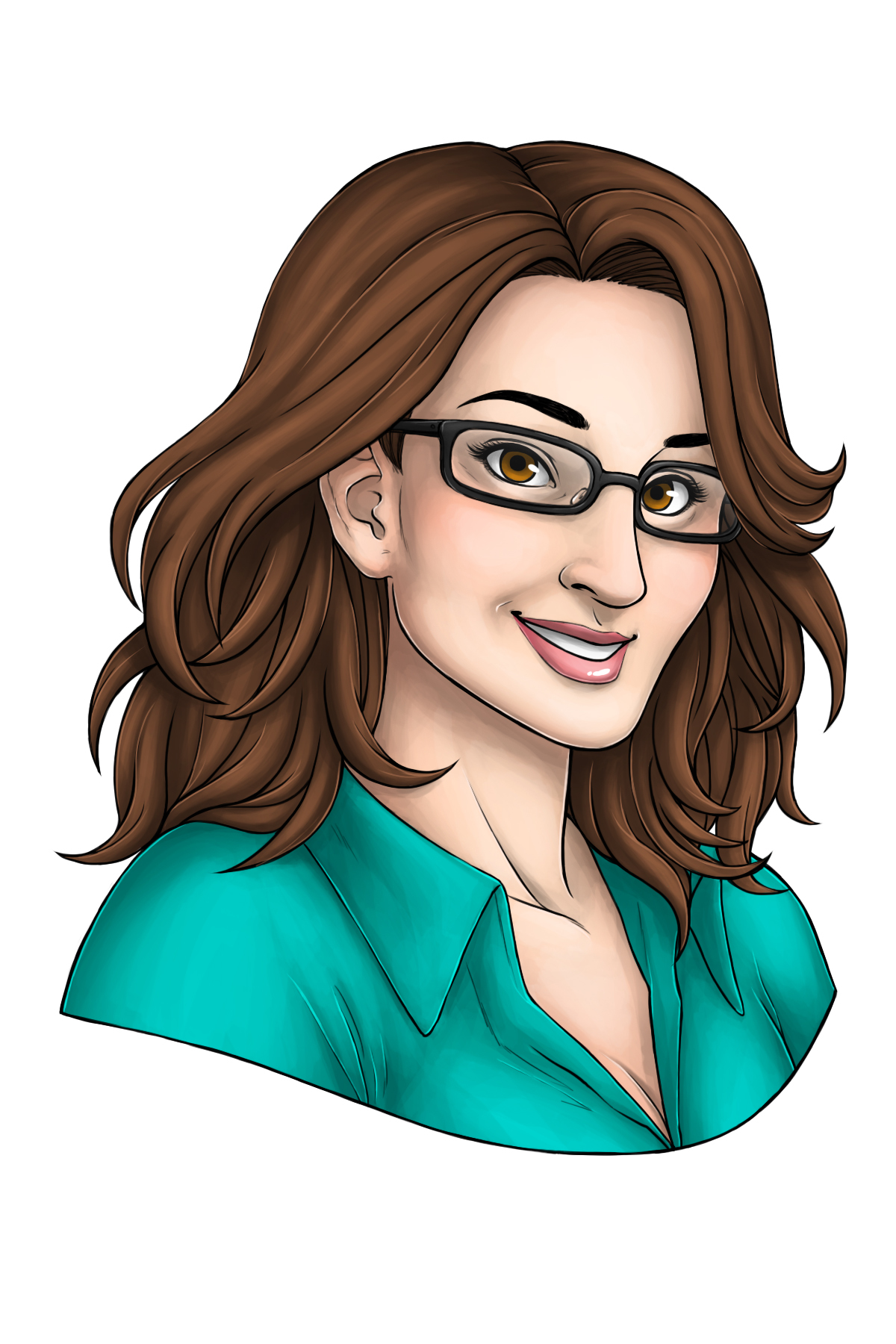 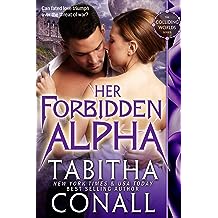 Can fated love triumph over the threat of war?

Aislinn Cavett lives a sheltered life, raised in a human supremacist compound and kept separate from the wild variety of non-humans teeming outside the compound’s fence.

North American Pack Alpha Darius Bishop believes peace with the Humans First group is the only way to protect his wolves from ongoing, senseless violence.

When Darius arrives at the Humans First compound for peace negotiations, he finds something he didn’t expect—his mate. Fate couldn’t have chosen a more inconvenient mate for him in the General’s daughter, but Darius doesn’t care. Aislinn is perfect.

War could be the result of their mating. When her father advances and his own wolves turn against him, Darius has to make an impossible choice—his love and his sanity, or the lives of his pack.

This 40,000+ word long book is the second in the Colliding Worlds series. HEA included.

Find out more or sign up for her newsletter at TabithaConall.com. 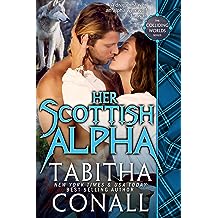 A dragon slayer, an alpha werewolf and a war.

Dragon slayer Keira Harlow is on a job when everything goes wrong. Her twin sister and partner disappears and worse, Keira herself gets nabbed by a werewolf who turns her on in a most disturbing way.

Deep in negotiations with a dragon shifter, Scottish and UK Alpha Lachlan MacPherson doesn't expect his mate to barge into his home uninvited but when she does, there's no way he'll let her go.

While searching for Keira's sister, a bigger problem arises--the English Alpha wants the position of UK Alpha which Lachlan holds by right of birth and he's not above going to war to get it. If that weren't enough, Keira has to find a way to get herself out of the situation with Lachlan. He might think they're mates but she knows it can never be.

This 35,000+ word long book is the third in the Colliding Worlds series. HEA included. 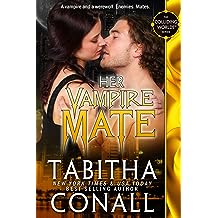 A vampire and a werewolf. Enemies. Mates.

While searching for a world-walker, werewolf Jennalynn Bishop finds her mate. But instead of feeling excited, she's horrified. He's a vampire, an enemy.

Searching for the same world-walker, vampire and professional poisoner Antonio de Marco feels drawn to his werewolf foe. He loves women, always has, so he rolls with it. Maybe seducing her will throw her off her game.

Thrown together repeatedly, they finally team up to track down the world-walker, never realizing the danger waiting for them if they succeed in finding her.

This 30,000+ word long book is the fourth in the Colliding Worlds series. HEA included. 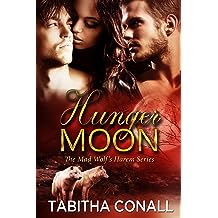 Fate brought the three of them together. A mad wolf may pull them apart.

In an otherwise ordinary world, werewolves mate in threes, hidden in plain sight. When Bethany, Coop and Ro find each other, they’re ecstatic. But they don’t know a mad werewolf has chosen Bethany as his next bride and he’s getting ready to take her for his own.

When the mad wolf grabs Bethany, Coop and Ro battle to save her while Bethany does everything she can to get back to them. But time’s running out and the mad wolf is just getting crazier…

This 12,000+ word short story is a prequel to the Mad Wolf's Harem series, which is set in the same world as Protecting the Pack and the Stonewall Pack Alpha series. HEA included. 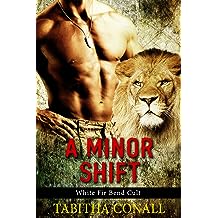 She didn't expect to wake the lion. Now Bowie's coming for her and it'll be all she can do to resist him...and her traitorous heart.

If you enjoy shifter romances, check out Tabitha Conall's other series and stand alone novels: 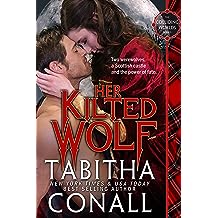 Two werewolves, a Scottish castle and the power of fate.

Highly ranked in her werewolf pack in spite of being female, American Mattie Sloane travels to Scotland with her Alpha, never suspecting the trip will turn her life upside down.

A rogue by nature, werewolf Colin MacPherson has to shape up fast when he finds his mate in Mattie.

Just one problem—they both love their countries and don’t want to move. How can they be mates an ocean apart?

This 6,000+ word short story is the first in the Colliding Worlds series. HEA included. 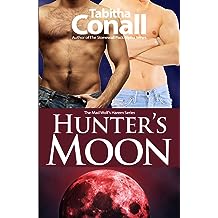 Tate did everything she could to save her sister from being kidnaped, but failed. When Sawyer sees Tate lying in the hospital after the beating the kidnaper gave her, he feels rage like he's never felt before. But it isn't until Tate and Sawyer go to Lunaville to help hunt down the kidnaper and retrieve Tate's sister that they meet Matt, their mate...and their lives are changed forever.

Despite wanting to find the nearest bed and complete the mating bond, cops Matt and Sawyer investigate the clues while holding Tate back from getting in the middle of things. But Tate's the one who finds the biggest clue of all, a scent trail that smells just like the kidnaper. In the midst of following the trail and tracking down clues, Matt and Sawyer try to heal Tate of her biggest wound--the guilt of not being able to stop the kidnaper herself.

This 20,000+ word novella is the second in the Mad Wolf's Harem series that starts with Harvest Moon. It can be read as a stand-alone.
Read more 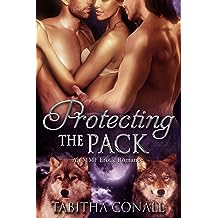 Chris leads a pack of werewolves threatened by a rival group.

Alexandra follows love away from home and into trouble.

Ben seeks a new home but cannot escape the ghosts of his past.

The mating lust pulls Chris, Ben and Alexandra together, flooding them with the desire to mark each other and seal their bond. But their differences combine with outside forces to pull them apart, possibly forever.

Their future, their love, and even their lives hang in the balance.
__

Protecting the Pack has appeared in the boxed set Fated Mates.
__

Tabitha Conall has new releases coming out all the time. Visit tabithaconall.com for more information about her books or to sign up for her newsletter so you won't miss a thing!

If you like Protecting the Pack, you can read more stories set in the same world in the stand-alone Stonewall Pack Alpha series and the Mad Wolf’s Harem series. Find out more on Tabitha's website tabithaconall.com!
Read more
Other Formats: Paperback 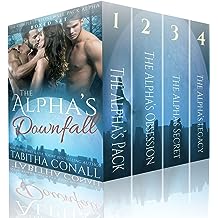 Can they overcome their demons to find a love that lasts?

In a world where werewolves mate in threes, four threesomes face an intractable foe to find love. As an overwhelming mating lust pulls them together, they must face obstacles both outside and within their triads and conquer them all to have any hope of everlasting love.

The Alpha’s Pack: An overwhelming lust draws werewolves to their two mates in this otherwise ordinary world. Deirdre, Jake and Sam find each other only to discover they must conquer the Stonewall Pack Alpha or be separated forever. Their enemy breaks every rule to get what he wants. Can these three mates overcome him to find their “happily ever after?”

The Alpha’s Obsession: Hidden in an otherwise modern world, werewolves mate in threesomes dictated by a mating lust that tells them without doubt who their fated mates are. After struggling through years of separation made worse by the mating urge riding them all, three werewolves come together once again. Maeve, Nate and Damian must face their past in a fight for their love and their lives. Can they overcome their pasts to build a better future together?

The Alpha’s Secret: Werewolves mate in threesomes in this world where packs operate just under the surface of everyday life. Private investigators Gavin and Liam find their mate, Bridget, while on a case. But in spite of the mating lust riding all three of them, Bridget resists the urge. Something stronger than the mating lust keeps her from committing. Meanwhile, Gavin and Liam discover treachery in her past. Can they unravel the clues to both mysteries so all three of them can come together at last?

The Alpha’s Legacy: An overwhelming mating lust pulls mates together in this world where werewolves mate in threesomes. Sheriff Caleb Couteux comes to Marysburg to investigate the former Alpha of Stonewall pack, but gets more than he bargained for when he discovers his mates. Best friends for years, Fiona and Grady fought the love between them until the mating lust draws them together...with Caleb. But Grady sees Caleb as an interloper, and Caleb feels left out of their twosome. Can they solve their relationship problems in time to face the trouble to come?

GET MORE STORIES FROM TABITHA CONALL 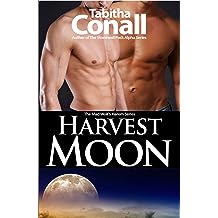 In a world where werewolves mate in threes...

A mad werewolf chose Lunaville as the perfect hunting ground. He needs new wives to rebuild his harem, and what better place than a town full of wolves? But when he sets his sights on Madison Blake, he runs into trouble--she finds her fated mates before he can grab her.

Maddy, Eli and Donovan face trouble of their own just making their mating work. Maddy and Eli have bad blood between them, history strong enough to keep them apart in spite of the overwhelming mating lust. To find true love, they must not only conquer their own problems but also keep Maddy safe from the mad wolf stalking her.

This 20,000+ word novella is the first in the Mad Wolf's Harem series, which is set in the same world as Protecting the Pack and the Stonewall Pack Alpha series. HEA included.
Read more 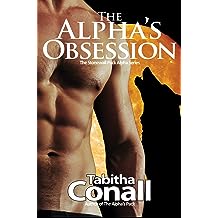 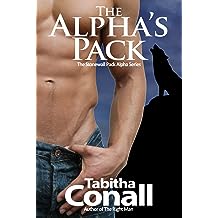 An overwhelming lust draws werewolves to their two mates in this otherwise ordinary world. Deirdre, Jake and Sam find each other only to discover they must conquer an intractable foe or be separated forever. Their enemy breaks every rule to get what he wants. Can these three mates overcome their obstacles to find everlasting love?
Read more