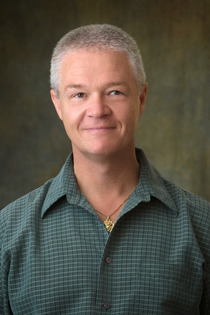 Tad Daley, J.D., Ph.D., is the author of APOCALYPSE NEVER: Forging the Path to a Nuclear Weapon-Free World, now available from Rutgers University Press. He is currently the director of Abolishing War, a project of the Center for War/Peace Studies and the title of his next book. Previously, he was the Writing Fellow with International Physicians for the Prevention of Nuclear War, the 1985 Nobel Peace Laureate organization. He was educated at Knox College, the University of Illinois, the University of Southampton in England, the RAND/UCLA Center for Soviet Studies and the RAND Graduate School of Policy Studies. He spent several years as a member of the International Policy Department at RAND, where many of the nuclear theories of the Cold War era originally were forged. He has served as a speechwriter and policy advisor to Congressman Dennis Kucinich, Congresswoman Diane Watson, and the late Senator Alan Cranston -- and once ran for U.S. Congress himself to represent mid-city Los Angeles. The LA WEEKLY said about his campaign: "Tad Daley boasts the most impressive credentials and much the most thoughtful platform of all the 16 candidates in the race .... (His ideas are) as sensible as they are unconventional."

Tad Daley has written for the International Herald Tribune, the Los Angeles Times, USA TODAY, the Christian Science Monitor, the Miami Herald, the Philadelphia Inquirer, the Baltimore Sun, The Forward (national Jewish newspaper), LA City Beat, the LA Jewish Journal, The Tidings (Southern California's Catholic newspaper), the Bulletin of the Atomic Scientists, the United Nations Chronicle, the Foreign Service Journal, the Humanist, the Futurist, Tikkun, and quite frequently in the blogosphere at Huffingtonpost.com, TruthDig.com, AlterNet.org, TruthOut.org, and CommonDreams.org. 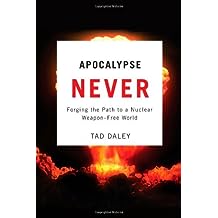 Apocalypse Never: Forging the Path to a Nuclear Weapon-Free World Apr 15, 2010
by Dr. Tad Daley
( 22 )
$14.72
Apocalypse Never illuminates why we must abolish nuclear weapons, how we can, and what the world will look like after we do. The twenty-first century has ushered in a world at the atomic edge. The pop culture days of Dr. Strangelove have been replaced by the all-too-real single day of 24. Tad Daley has written a book for the general reader about this most crucial of contemporary challenges.
Apocalypse Never maintains that the abolition of nuclear weapons is both essential and achievable, and reveals in fine detail what we need to do--both governments and movements--to make it a reality. Daley insists that while global climate change poses the single greatest long-term peril to the human race, the nuclear challenge in its many incarnation--nuclear terror, nuclear accident, a nuclear crisis spinning out of control--poses the single most immediate peril. Daley launches a wholesale assault on the nuclear double standard--the notion that the United States permits itself thousands of these weapons but forbids others from aspiring to even on--insisting that it is militarily unnecessary, morally indefensible, and politically unsustainable. He conclusively repudiates the most frequent objection to nuclear disarmament, "the breakout scenario"--the possibility that after abolition someone might whip back the curtain, reveal a dozen nuclear warheads, and proceed to "rule the world."
On the wings of a brand new era in American history, Apocalypse Never makes the case that a comprehensive nuclear policy agenda from President Obama, one that fully integrates nonproliferation with disarmament, can both eliminate immediate nuclear dangers and set us irreversibly on the road to abolition. In jargon-free language, Daley explores the possible verification measures, enforcement mechanisms, and governance structures of a nuclear weapon–free world. Most importantly, he decisively argues that universal nuclear disarmament is something we can transform from a utopian fantasy into a concrete political goal.
Read more
Other Formats: Hardcover , Paperback