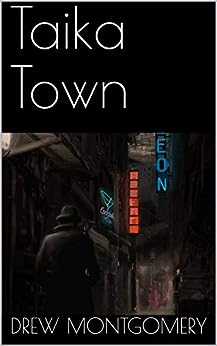 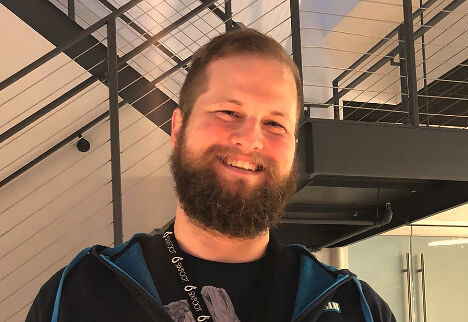 I.W. Ferguson
4.0 out of 5 stars Very well written and interesting story
Reviewed in the United States on September 15, 2019
Verified Purchase
I was thoroughly absorbed into the world created by this book. At first, some of the noir elements seemed cliche, but once I got that it was intentional, I quite enjoyed them. It's been a long, long time, but I still remember enjoying Peter Falk as the tv detective Columbo. I enjoyed Jack, too.
This story explores racial conflict and politics to provide depth to the action in a way that I really appreciated. Unfortunately, the ending didn't quite work for me. Reminded me of watching an Olympian gymnastic routine in which the athlete performs amazingly, but doesn't stick the landing. Still enjoyed the performance.
Read more
Helpful
Report abuse

Nick Borrelli
4.0 out of 5 stars A well-rounded SF story with an underlying social message
Reviewed in the United States on September 24, 2019
TAIKA TOWN takes place in a setting reminiscent of Philip K. Dick's Do Androids Dream of Electric Sheep and Richard K. Morgan's Altered Carbon. This SF Noir setting of Kansmark is the perfect backdrop for the intense political conflict and mystery that takes place within this intriguing and thought-provoking SF story.

The Taika and Rauka live side by side in a tentative state of tolerance these days, but old suspicions and prejudices die hard and the Taika are still viewed as second-class citizens by the majority of non-Taika citizens and also the current government. You see the Taika possess magical powers that the rest of the populace simply don't understand. Things got so bad that a century before a brutal civil-war was fought and the Taika were ultimately bludgeoned into submission.

In the intervening years since that war, the Taika have gained only a slight modicum of freedom and their use of magic has been relegated entirely. Numerous laws have been put into place that allow the Taika to exist in their own enclaves, but that existence comes with much oppression and prejudice. In the opeining chapters of the book we see various political parties battling it out in a highly-heated election, some who want the Taika to have equal rights once and for all but also others who wish to see them enslaved as they were before they rose up and fought back over 100 years ago

Complicating matters for those who wish for Taika equality is a rebel faction known as the Livalta. They carry out targeted bombings and strategic attacks on Rauka interests in an effort to force change and bring awareness to the Taika cause. Some think they are doing more harm than good however as the Rauka political leaders point to these violent attacks as a reason to argue that the Taika should be kept in check and remain "controlled".

Enter main character and private investigator Jack Larsen who himself is Taika-born. Jack is hired by the personal assistant to the biggest pro-Taika candidate in the election. She is convinced that someone in the city with big connections has put a hit out on her boss. It's obvious that there are certain people in Kansmak who want to make sure that he never gets to implement his pro-Taika agenda. What Jack eventually uncovers in his investigation is shocking and could also change the future of the Taika people forever.

I really liked TAIKA TOWN on a number of different levels. The setting is so well-done and depicts a futuristic city where there is definitely a dividing line between the two classes of people living there. The Rauka who are the "haves" live in relative prosperity and cleanliness while the Taika who are the "have-nots" live in what could only be termed as squalor and poverty where gangs rule their neighborhoods.

This book has so many echoes of what is happening in our world today in various countries. You can make definite connections to racial and ethnic injustices occuring in different parts of the world including right here in my own country, the United States. So there is an underlying message in this story that speaks to prejudice, racism, and the stereotyping of an entire segment of people. I won't get overly political or make any personal comments in this regard, but I do want to point out that when you read this book it is simply unavoidable to not think of today's headlines.

Getting back to the SF part of the book though, this is a really engaging story with a side-mystery that truly makes the book a winner for me. I thought that the world-building was solid and the political angle really held my interest throughout. Part of the reason why is that the history behind the main story of the Taika people and their oppression was laid out in the beginning of the book so well. I became instantly invested in who was going to win the election and how things would shake out afterward.

I was very impressed by this book and although there were moments in the middle where it slowed down considerably, I felt that the conclusion made up for that lull in the action somewhat. TAIKA TOWN is an enjoyable SF Noir book with a social message. I did not expect that going in and I'm happy to say that what I came away with in the end was a well-rounded story full of suspense, political intrigue, characters who fight for what they believe in, and pretty darn good writing to boot. Check out TAIKA TOWN if you haven't already, it will be well worth your time and effort to do so.
Read more
One person found this helpful
Helpful
Report abuse

Froylan
5.0 out of 5 stars Definitely worthwhile!
Reviewed in the United States on June 30, 2019
The 5th annual SPFBO contest is bringing some heavyweight books this year, and each and every competing book I have read so far has exceeded my expectations. As a previously unreviewed book from a newcomer author in the fantasy scene, Taika Town is no exception and surely deserves its well-earned place in the event.

There is just something fun about delving into the unchartered waters of an indie book without one single review or previous ratings: you never know what you are getting yourself into because there are no previous readers who have given a hint of the book's quality through a star rating.

I love giving unknown books a chance and the strange title and premise of Taika Town was too alluring to resist.

The book occurs in a country loosely inspired by the United States known as Kansmarch (I hope I spelled that right), where ordinary humans also derisively named Rauka live among those born with some sort of superpower, known as Taika. The current timeline occurs almost a century after the previously enslaved Taika have won a civil war for freedom from their chains, but they remain living in the outskirts of society due to arcane laws where Rauka companies are allowed to deny them employment even if their powers can remain hidden and they pose no threat.

In the heart of the nation's capital of Stagan rests a slum inhabited by the world's largest community of Taika known as Taket Town. Our protagonist Jack Larsen is one of the ghetto's most renown private eye investigators and a Taika with the ability to create small fireballs to light cigarettes, much to the annoyance of his faithful receptionist Piper.

I really, really liked Jack. Middle age with a nagging torn knee ligament he is too lazy/cheap to fix, dubious bendable morals where he has no qualms to use his elemental Alkuane powers to kill thugs and gangbangers as long as the cops don't trace him as the culprit, and where his only political loyalty to the Taika cause depends on the size of his client's wallet. I even enjoyed the fact that when he isn't making mental snide comments about the person he is talking with, he is itching for a shot of fine whiskey first thing in the morning grants us a very good glimpse into our story's antihero of sorts and the crude world he works in.

Jack was born as a Taika in less troublesome times, but he still lives oppressed in different ways. He is somewhat knowledgeable about Taika abilities and customs, but his parents didn't allow him to learn the dying Taika language, and I think the lack of connection to his ethnic/cultural roots is one of the causes of his complete indifference towards the world. But again, he claims he learned how to get yelled at by his grandma every time he stomped on flowers as a kid, so he knows a phrase here and there.

His mission? To help a beautiful Rauka woman named Ellie uncover an assassination attempt on the Taika friendly presidential candidate Marcus Sorenssen. Ellie stands out like a sore thumb in this rough side of town with her mink fur coat and designer clothes while she rides in Jack's clunker car to a whole array of seedy places in Taika Town to unfurl the mystery. Between Suvi's fighting ring where Jack doesn't blink an eye when a fellow Alkuane fighter freezes his opponent into a block of ice and disintegrates him to his certain death, to the terrifying clandestine Taika morgue of the "Mortician" Lance Narson who has plans of his own in case Jack ends up as his next client, to the equally dangerous higher echelons of the city where pro Taika registration businessmen might hold the key Jack needs in order to get his desired paycheck.

I love it how Drew creates a dreary world building and an entire developed, albeit decaying culture of the Taika community. Taika script is everywhere but their language and customs are inherently dying. People are terrified of oppression, but they distrust Marcus's feel good unity message. Ellie seems completely out of place while she tags along our antihero across the city in order to locate the ghost of a new Taika terrorist known as Veli Jokkema. I like it how we get to see some of the special abilities of the Taika, but they remain mysterious, even to a veteran who has seemingly seen it all such as Jack.

Furthermore, the pacing of the story is both plot and character driven, giving us a chance to enjoy a huge myriad of sketchy characters, that culminates in quite a surprising climax that I will not spoil.

I felt like this book could be turned into a really good movie with the right director, perhaps Guillero del Toro could do a spectacular job in recreating the gloomy foggy city that is constantly illuminated with neon lights.

All in all, the book has some proofreading errors, but nothing that detracts from a book that was really hard to put down. I grant this book 4 1/2 stars!
Read more
One person found this helpful
Helpful
Report abuse
See all reviews