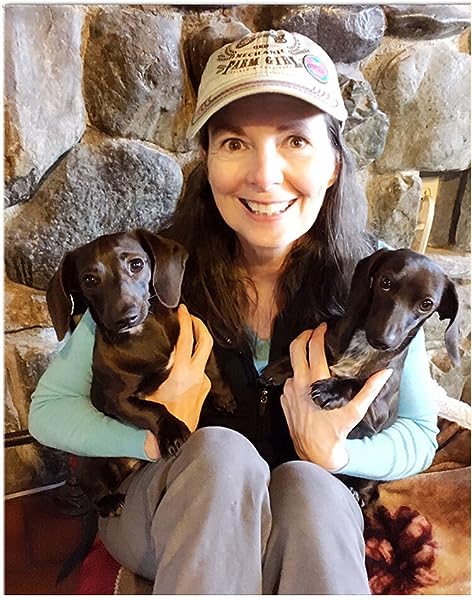 by Debby Schoeningh (Author)
2.0 out of 5 stars 3 ratings
See all formats and editions
Sorry, there was a problem loading this page. Try again.

What readers of Debby Schoeningh's column have been saying:

"Whether you are in the business or just sittin the fence you will get a hilarious, inside scoop on ranching from these homespun anecdotes. Debby Schoeninghs perspective on how things happen out on the farm is a whole new look at the lesser-known moments in a ranchers life."  David Asson, author of "Bringing In The Hay"

"As an old newspaperman, I'm always delighted to see one of Debby's columns show up. I know it will always be read-out-loud delightful and laugh-out-loud entertaining." -Steve Brown, copy editor for Pacific Northwest agricultural publication

Debby Schoeningh should write a book  she is one of the funniest, wittiest writers Ive read in years. Ive read three of her columns and roared with laughter all the way through. If she isnt writing a book, she should be encouraged to do so. And, Ill encourage the daylights out of her." Donna G. Miles

Rural Communication Ive recently decided after talking to neighbors and friends that communication between husband and wife  although seldom discussed  is a growing problem among rural ranching communities. You know the kind I'm talking about, like when your husband comes running up the lane behind a herd of galloping cattle and yells at you to open the green gate. Looking around, you see that every gate within a four-mile radius is green. After years of stressing over this situation, Ive finally gotten to the point that I just grab the nearest gate and fling it open. After all, action  any kind of action  is better than none, right? Its kind of like taking a multiple-choice quiz and nine out of ten times its the wrong gate. He carries around a game show beeper in his pocket: buzzzzz, you lose. "Ill take blue gates for $100, Mike." Or what about the dilemma of trying to help your spouse back up a trailer? For some unknown reason God gave men and women a different set of backing-up hand signals. Things always start out smooth, and inevitably fall apart at a rather rapid rate. Ill be doing what I perceive as an excellent job of trafficking, telling him to go left, then right, then forward, because he went too far right, then left again. This will go on for several minutes while Im patiently thinking hes bound to get it soon. All of a sudden he slams on the breaks, jumps out of the pickup and says calmly between clenched teeth, "It would help if you would tell me how far right or left I need to go." O.K. I can do that. Just a couple of feet right, I say, now five feet left, no three feet right no back two and a half, now forward again. This time he jumps out of the pickup and rather than clenching his teeth he smiles so big his eyes disappear and I have to strain to make out his words. He says something like, "I think it would be more helpful if you stood over there," only he throws in a few more adjectives. So I move to the side a few feet and politely ask, "over here?" "No," he says. "Back farther... keep going... thats it ...a little more... just a little more. O.K. good." By this time Im 200 yards away, have waded through a creek and climbed over two fences. I yell, "Are you sure you can see me from clear over here?" "Yeah, thats perfect," he shouts. "Now I dont have to kink my neck to see you." Whats even more disturbing than hand signals, though, is the difficulty in communicating when youre standing two feet away and talking directly to each other. My husband came up to me and asked me the other day, "Can you saddle up your horse and go get a sick cow in?" "Sure," I respond. "Where is she at?" "Shes in the north pasture," he says. Now keep in mind I am one of those unfortunate souls who was born directionally challenged. So I ask, "Is that the one with the big red pipe?" "Well, not exactly, its near that field, but just a little west of it," he says. "Oh," I say, thinking I understand. "You mean the one closest to the railroad tacks?" "No," he says. "Down hill from that one." Pondering this for a minute, I say, "Wouldnt that field actually be up hill?" Then he looks at me with the big eye-hiding grin and pulls out a piece of paper from his pocket and quietly begins to draw a map. Immediately I understand. "Well why didnt you say so. Thats the one with the ditch curved like Mickey Mouse ears next to the railroad tracks by the wild rose bushes." O.K, now that I have that settled, "Which cow is she?" I ask. He says, "Shes the brown one with the crooked neck." I say, "Oh yeah, she has a white hip and a notch in her ear." "No," he says. "Thats a different one. This one is solid brown." I ask, "Are you sure shes not more of a red color?" "Ah, hell," he says. "I guess shes not even brown. In fact, come to think of it, shes not even sick." There are times though that we communicate beautifully. I can be clear across the hay field repairing a different section of fence and my husband will hop up and down and flap his arms. To the untrained eye it may appear as if he wants me to fly like a goose with a broken wing, but I know from experience he just wants me to look at him. Once he has my attention he will proceed through a series of carefully orchestrated movements. For instance, he will walk back and forth rapidly several times, squat on the ground with his arms extended as if hes lifting something heavy, turn his back side to me, slapping it; hit himself on the head and stagger around for minute, and walk back and forth again. I know from these gracefully performed maneuvers he wants me to walk to the pickup, look in the back, get the sledge hammer and bring it to him. Now that, I understand.
Tell the Publisher!
I'd like to read this book on Kindle

2.0 out of 5 stars
2 out of 5
3 global ratings
How are ratings calculated?
To calculate the overall star rating and percentage breakdown by star, we don’t use a simple average. Instead, our system considers things like how recent a review is and if the reviewer bought the item on Amazon. It also analyzes reviews to verify trustworthiness.
Top reviews

Sherrie Kvamme
5.0 out of 5 stars When you pick it up, you won't want to put it down!
Reviewed in the United States on February 24, 2008
Debby Schoeningh knows agriculture, she knows people and she knows how to intertwine the two topics together into a crazy quilt of delightful stories and tails.....errrrr tales filled with fun, laughter and refreshing perspectives on ranching family-style. Using her real-life experiences, Debby shares slices of daily life from the ranch she and her husband Mike live on in Eastern Oregon. You'll be laughing outloud, sharing the escapades with friends and neighbors and undoubtedly, will be buying extra copies for gifts. It's that good.
Read more
Helpful
Report abuse

Judy Akahoshi
5.0 out of 5 stars Tails from the Country Side
Reviewed in the United States on February 25, 2008
New book by this author compiled from feature stories that have been published in Eastern Oregon newspapers and magazines. True-to-live stories and personal experience of ranch life told by an author that lives the life of a rancher. Interesting to read, humorous and fun, especially if you relate to ranch and farm life.
Read more
Helpful
Report abuse
See all reviews
Back to top
Get to Know Us
Make Money with Us
Amazon Payment Products
Let Us Help You
EnglishChoose a language for shopping. United StatesChoose a country/region for shopping.
© 1996-2021, Amazon.com, Inc. or its affiliates