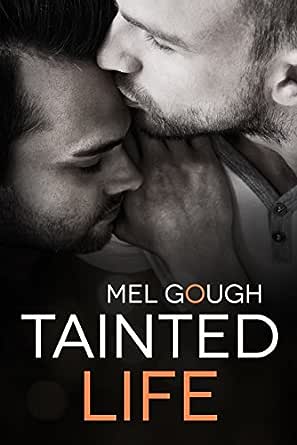 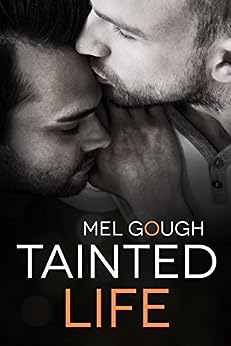 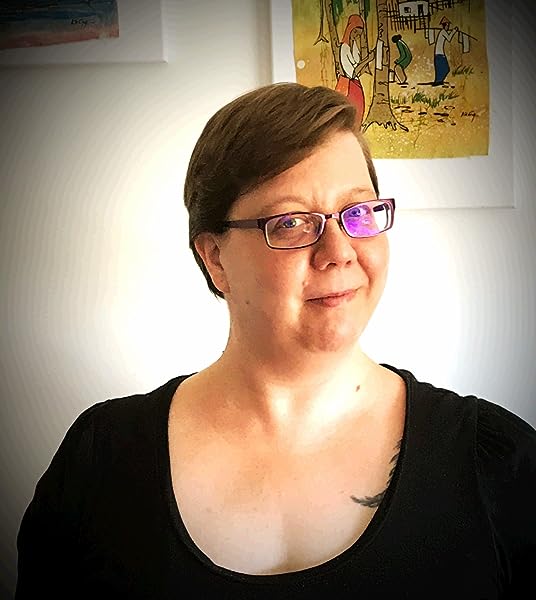 4.3 out of 5 stars
4.3 out of 5
26 customer ratings
How does Amazon calculate star ratings?
Amazon calculates a product’s star ratings based on a machine learned model instead of a raw data average. The model takes into account factors including the age of a rating, whether the ratings are from verified purchasers, and factors that establish reviewer trustworthiness.
Top reviews

Kathryn M
5.0 out of 5 stars Drama and steam
Reviewed in the United States on September 9, 2019
Verified Purchase
Tainted Life is a short, sweet and angst filled gay romance novella by Mel Gough. Pete is a Metropolitan Police detective who is facing a difficult life change. He goes to a bar to drawn some sorrows and meets a sexy photographer Liam. Together they are on fire... but the secrets they hide and their pasts may not let them have a future.

Pete and Liam are interesting and entertaining characters. I liked their interactions together. Their story has drama, mystery, suspense, heat and romance. Overall, a satisfying read.

Marjorie R. Mindel
5.0 out of 5 stars Caring leads to love, which leads to happiness.
Reviewed in the United States on May 29, 2019
Verified Purchase
Liam & Pete met on a black day for Pete. His wife had tol him they were getting divorced and she was demanding sole custody of their 5-year-old son. Liam was randy that night and Pete liked his good looks and gentle manner. And thus started a relationship. At first, it was a one night hook-up. Then it was Pete aring for Liam in the hospital where Liam ended up after being attacked and crashing the motorbike he was driving. Both Liam & Pete needed each other to feel whole & good. After a number of traumatic events, there's touching HEA.
Read more
One person found this helpful
Helpful
Comment Report abuse

Pete and Liam meet unexpectedly and yet at the perfect time to find each other. They have a connection that becomes so much more that either expects. Learning to love again

I enjoyed reading this novella and will be looking for more from this author in the future.
Read more
Helpful
Comment Report abuse

Kindle Customer
3.0 out of 5 stars I Wished for More
Reviewed in the United States on January 21, 2020
Verified Purchase
Pete is sympathetic. Liam is worthy of his love. Noah is caught in the middle. Carla is a cheat. Kat is a gem. Smith may just be overworked. Darren is sick and needs help.

Shon Chewning
5.0 out of 5 stars Mel
Reviewed in the United States on July 25, 2019
Verified Purchase
So this book was my first book I've read written by Mel. This book really showed me that even someone get met for the first time, you could fall in love. Thanks💖
Read more
Helpful
Comment Report abuse

Karen Lane
4.0 out of 5 stars 4 Stars
Reviewed in the United States on September 25, 2019
Tainted Life by Mel Gough.
Two baggage carrying men not enjoying their current life circumstances meet and from there an age gap, opposites attract, we shouldn’t be doing this relationship develops.
I absolutely adored Liam, his story was so sad, his deadbeat brother was physically and emotionally abusive, making his life hell, but he didn’t want to give up on his dreams of becoming a recognised photographer, so unfortunately he did things to supplement his income.
Peter, a sad story also with his horrible wife filing for divorce, but more importantly wanting to take his son away.
They meet, and things happen but Peter doesn’t want a repeat. Liam doesn’t give up though, and here starts a wonderful romance.
Terrible things happen, however, it was realistic, and the drama surrounding it supports the level of trauma suffered.
Brian Mesler is a new narrator to me, I was impressed, I really enjoyed his nuances and characterisation. I did think it was strange to narrate in ‘American’ English but the characters had British accents. It took a little while to adjust, but I didn’t ruin it for me.
Overall this book was short, but I don’t feel anything was missing, so often short books have holes that need filling. I mean I would love to see where these guys are down the track if the author chose to do a sequel or an extended newsletter for example. If I would complain about anything it would be the ending.
I would say it is a HFN ending, but I think it could have had a little more to finish it. It did finish it quite abruptly.
Read more
Helpful
Comment Report abuse

Erryn Barratt
5.0 out of 5 stars Worth a listen (an audio review)
Reviewed in the United States on September 14, 2019
This book’s tag line is A Sweet and Angsty M/M Romance Novella.

That had me intrigued. I enjoy sweet and I love angsty so how could they both come together – and in something on the shorter side, no less? Well, not to worry, Mel Gough managed quite competently. She’s a new author to me so I was intrigued.

Pete Tucker has just had a shock – his wife has taken their son and is demanding a divorce. He doesn’t react well, as I think many of us might not. The marriage wasn’t the strongest, but Pete loves his son and so was willing to deal with the downsides of the marriage. And when he discovers the reason she’s leaving? Well, that’s the last straw. He’s a cop, known for being level-headed and good at his job. Even that, though, isn’t enough to hold back his anger. Twice it breaks through and both times he pays a high price for not being able to hold himself together.
He meets Liam at one of the lowest points in his life. Here’s a flirty stranger making the moves on him. He’s bi, so that’s not an issue. Hasn’t been with a man since uni, but that’s not an issue. Hasn’t cheated on his wife, so it’s been a while since he’s had sex with a man, but that’s no big deal. So he plunges forward, has a special night, and then moves on.

Or so he believes.

Liam’s on the persistent side, though, not willing to settle for a one-night stand.

They get together for a second date and things go sideways. In a bad way. Liam leaves and is forced to face the seedier side of his life. Things are bad for Liam. Really bad. Pete was a great distraction, but real life is rearing its ugly head. Interestingly, most of the book is in Pete’s point of view and only this middle scene is in Liam’s. Usually I prefer more balance, but for something this short, it works to only have one primary point of view. And it also is necessary to see Liam’s life as he experiences it.

Things go right off the rails for Liam and Pete races to his side, prepared to stand by this man he barely knows but is coming to care for. At first some of this might be driven by guilt, but eventually feelings develop.

Real world comes crashing down again with more violence and the men are tested to the limit. Definitely angsty.

But it’s a romance, so I got my sweet happy ending.

Brian Meslar is a new narrator for me. I thought he was an interesting choice. The entire story takes place in England. The characters have British accents. The narration, however, is not British. I would peg it as American, but a very neutral American, no regional accent of note. This does work but it was a bit jarring. Also, Meslar mispronounced a few words. Not enough to pull me out of the story, but it was noticeable.

Overall I enjoyed the book and I’ll definitely pick up more by this author.
Read more
Helpful
Comment Report abuse
See all reviews from the United States