Take A Chance Anthology and millions of other books are available for Amazon Kindle. Learn more
Share <Embed> 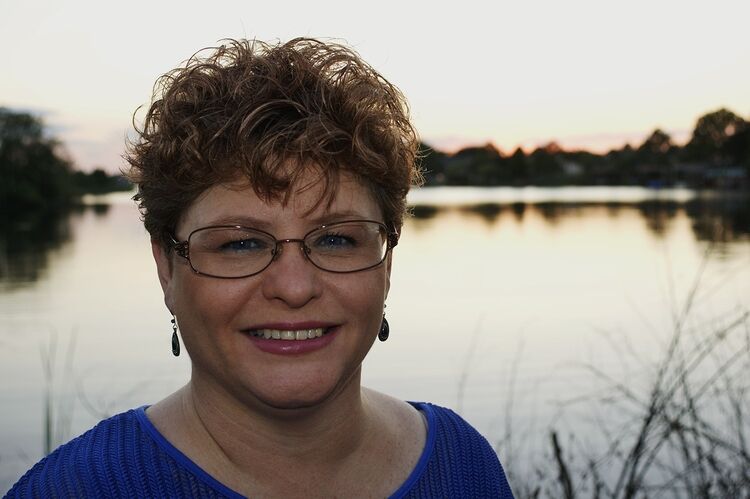 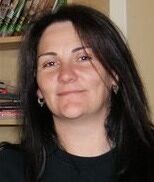 by Jamie Deacon (Editor), Sherri Jordan Asble (Editor)
4.0 out of 5 stars 2 ratings
See all formats and editions
Sorry, there was a problem loading this page. Try again.

Start reading Take A Chance Anthology on your Kindle in under a minute.

wifie29
4.0 out of 5 stars Worth taking a chance on
Reviewed in the United States on December 15, 2016
**I received a free copy for the purpose of providing an honest review**

What a great start to the anthology. I love the writing style, and this is a very sweet story. The opening caught me by surprise in a good way. There's not a whole lot of angst here, and even the mild case of mistaken identity was only an oops, not a source of huge drama. I really wanted to know more about both Ethan and Jackson. This one left me with a huge smile on my face. 5 stars.

Stranger than Stars by J.A. Rock

Another Story by Jamie Deacon

I liked this all right, and the writing style is good. But this one felt a bit cliched. The plot didn't have anything new: kid gets outed against his will, bully turns out to be actually gay, they reconnect later on. That would all be fine if it felt like a fresh re-telling of the tropes. Unfortunately, it didn't, probably because it was too short. I didn't feel a connection with any of the characters. It's a nice story, but I want more than nice. 3 stars.

I'm not sure how I feel about this story. There's really good world-building for such a short story, which is difficult to accomplish with urban fantasy. The writing is very good. But for me, this all felt very tidy at the end. I was waiting for something to happen, but I couldn't figure out why Ivan blindly trusted River. I'm not sure what the message of the story is supposed to be. What I do know is that I'd like to revisit this world and find out more. 4 stars.

This is probably my favorite story in the anthology. It swept me right up into it. It's written so well that as an outsider to Indian culture, I didn't feel lost, but it also was very obviously not aimed at educating white people. That takes a lot of skill to do well. The characters themselves are wonderful. I loved Sathya's internal dialog and his fumbling. There was a nice balance between the love and support Sathya had from friends and the disapproval of his family. The romance between Sathya and Khwahish is charming and sweet. Everything about this is pitch-perfect. 5 stars.

Want You Bad by Lynn Michaels

I found this story a bit silly. I loved the story right until the Big Reveal. Honestly, this read like a stripper setup for a bachelor party. The writing style is fine, but the plot needed more support. 3 stars.

Far From Texas by Eric Gober

The writing in this story is absolutely gorgeous. I love when there's a good balance between enough detail to picture the scene and enough left to the imagination. We're taken from Texas oil fields to California, and I felt like I was seeing it all right through Tyler's eyes. Is it a bit improbable? Sure. Tyler goes from homeless to having a job and a hot boyfriend in a blink. But it's written in a way which made me believe it's possible. 4 stars.

The Right Words by Elinor Gray

I thought for sure I wouldn't like this (apologies to the author!). The first paragraph made me think I was about to fall into a Regency romance. It's not, and I ended up loving the story. I'm not typically a fan of "sex/relationships cure all ills," but it actually worked in this one because of the particular ailment Tom suffers from. I thought it was well done and swoon-worthy romantic. 5 stars.

This was a really tough read. It probably needs a trigger warning: it literally starts in the middle of Simon's drug-and-alcohol-induced stupor. Wandering around in his mind while he's high is enough to make one's head spin. I didn't feel particularly bothered by that, but it might be difficult for anyone who's been in Simon's shoes. Never having been on a cocaine and booze binge before myself, I have no idea how real it is, but it certainly felt achingly real while reading it. I really wanted to throttle everyone in this story by the end. That's actually not a complaint, just an observation. I can't believe I'm saying this, but the story could have been about twice as long. The blink-and-you'll-miss-it happy for now ending is perfect, though. 4.5 stars.

This story was okay, but not great. It's so over-the-top unrealistic that I'm not sure what to make of it. I've never heard of a lockdown going quite like that, and I think if someone had started non-consensually touching me in a dark classroom behind the furniture, I'd have hit them. Also, the use of outdated terms like "swing both ways" to describe bisexuality was off-putting. Mostly this one just kind of annoyed me, but it wasn't terrible. 2 stars.

This story lost me from the moment one character uses the word "retarded" as an insult toward the others. It's completely inappropriate (especially in a story not dealing with intellectual disability). It's also immature and uncreative. Unfortunately, that might be the least of the story's issues. I felt like I was reading the beginning of something or should have read something else first. The world-building is difficult to follow, and the story never really resolved anything. The main characters lacked any emotional chemistry. If I want to read part of a novel, I don't want to do it in an anthology of stand-alone short stories. 1 star.

Cheese and Pickle by Claire Davis and Al Stewart

I'll be reviewing this separately (it's included in a pair of shorts which I'll feature on my blog next month). What I'll say here is that it's sweet and funny and hot as blazes. Really well-written. 5 stars.

Overall, this is a terrific anthology. It was definitely worth taking a chance right along with all the authors and their characters. Interestingly, while I think it should appeal to most m/m readers, I think people who enjoy something outside typical genre fare will also appreciate it. That's quite an accomplishment, and well done to all those who contributed their time and effort. Final score: 4 stars.
Read more
2 people found this helpful
Helpful
Report abuse

Good or great sentences that elicit an emotion…a giggle…a sigh can turn a story. It can make you hunger for more and refuse to release the telling until its ends.

Although, most of the shorts were enjoyable and loving enough to dwell in my thoughts after the reading a few were a bit too abstract in language and concept to keep my interest. For the most part the read was compellingly sensual and should be a good read.

In this collection of shorts, the most enjoyable story was about a weekly sexual tryst in the front seat of a car. In a deserted restaurant parking lot, two souls are completely absorbed in sexual discovery while fumbling with zippers and trouser buttons. I found this pulls on the familiar yet somehow becomes terribly sensual. Brief tension arrives in the story. It punctuates with a lifesaving moment before bringing the delight of needful completion of shared love; the last story was a winner. In the first, twin brothers offer a university student the chance to fall gently into the arms of lasting and soulful love.

More tales explore how a demon finds that falling in love earns him a human heart. A real Texas range guy finds passion on a movie set in the arms of a stuntman.

Journeys of self and otherwise best describe the short tales of taking a chance on love and life in all its varieties. This read is a delectable and delicious smorgasbord of sensual tales. Each entry offers its own take on the personal conflicts the characters endure in procuring true love. This good read journals how love paints prisms of emotional colors that blur on the edges. I mostly enjoyed each read.

Each short is a sweet cacophony of love and sex, a collection of gay romance stories that combine the subtle sublime with in your face heat that warm cockles.

Sensual and captivating this anthology presents the many twist, turns, and roadblocks to achieving what the heart and body craves most.

A few stories I suggest are a little too abstract and sidetracks from other stories that are engrossing and heartwarming. Truly strong characterizations and dialogue held few distractions.
Read more
One person found this helpful
Helpful
Report abuse
See all reviews
Back to top
Get to Know Us
Make Money with Us
Amazon Payment Products
Let Us Help You
EnglishChoose a language for shopping. United StatesChoose a country/region for shopping.
© 1996-2021, Amazon.com, Inc. or its affiliates