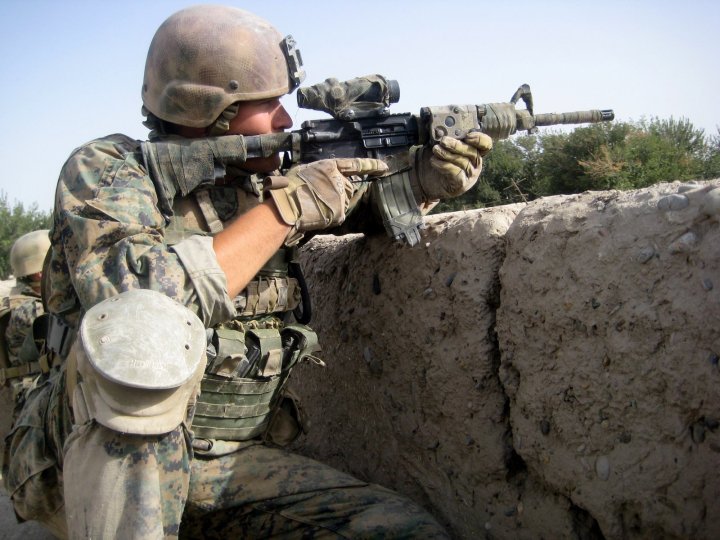 Take Command: Lessons in Leadership: How to Be a First Responder in Business Hardcover – October 14, 2014

"A  well-written, well-organized book that offeres a novel approach to the art of leadership"
-Success Magazine

“An extraordinary book by an extraordinary leader.   Jake Wood weaves together splendidly lessons from his experiences doing just that – taking charge in tough situations in football, in Marine sniper training, in combat in Iraq and Afghanistan, and as co-founder of Team Rubicon….  The result is an exceptional book that is equal parts inspirational, informative, and instructive.”
-General David H. Petraeus, United States Army (Retired)

"There are leaders everywhere. Parents. Entrepreneurs. Warriors. Executives. And people with big ideas.  Wood relates to all of them with a humility and confidence that its uniquely American. If there is one book on leadership to read, it is this one. From his hometown to the battlefield of Iraq to Haiti and untold other natural disasters, to the boardroom and the factory floor, Wood gets it: the kind of leader you are shapes your outcome."
-Christine Romans, CNN chief business correspondent

“Great leadership is essential whether it be on the football field, in the business world or on the battlefield. Wood knows a lot about leadership and what it takes to be successful. I’m pleased he is able to share his experiences and knowledge in this book.”
-Barry Alvarez, University of Wisconsin Director of Athletics and former head football coach

A must read for those who find themselves in positions of leadership, on and off the battlefield. Wood reminds us that leadership is measured by one’s ability to anticipate the unexpected, to act in spite of uncertainty and ambiguity, to be decisive under pressure and to create followership, even when faced with the most challenging of circumstances.
-Duncan Niederauer,  CEO New York Stock Exchange (retired)

"A must read for every aspiring leader. Filled with powerful stories and simple, straightforward guidelines, this is the new roadmap for leadership from the front lines."
-Dave Kerpen, New York Times bestselling author of Likeable Social Media, Likeable Business & The Art of People

Jake Wood is cofounder and CEO of Team Rubicon and a former Marine sniper with tours in Iraq and Afghanistan. He has been profiled by Forbes, People, and on CNN and has been named a 2012 CNN Hero and awarded the 2011 GQ Better Men Better World Award.

Team Rubicon (TR) is disaster relief organization that unites military veterans with first responders to rapidly deploy emergency response teams to areas hit by natural disasters. TR is widely recognized for its organizational efficiency and ability to be one of the first to reach the most devastated, remote, and needy areas.  Since 2010, Team Rubicon has been instrumental in over 50 missions ranging from South Sudan and Haiti, to Joplin, Missouri and Hurricane Sandy.