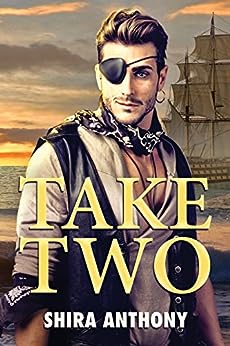 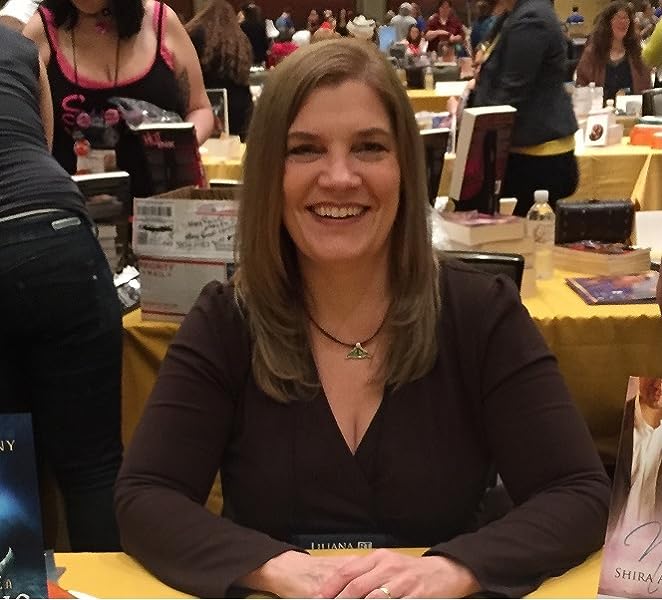 Shira Anthony is a complete sucker for a happily-ever-after, and rarelyr eads or writes a story without one. In her last incarnation, Shira was a professional opera singer, performing roles in such operas as "Tosca," "Pagliacci," and "La Traviata," among others. She's given up TV for evenings spent with her laptop, and she never goes anywhere without a pile of unread M/M romance on her Kindle.

Shira is married with two grown children and two insane dogs and when she's not writing,she is usually in a courtroom trying to make the world safer for children. When she's not working, she can be found aboard a 35'catamaran at the Carolina coast with her favorite sexy captain at the wheel.

The Mermen of Ea Trilogy:

Stealing the Wind
Into the Wind
Running with the Wind

"One of my favorite reads of the summer!" - Two Chicks Obsessed --This text refers to the paperback edition.

linda loves to read
5.0 out of 5 stars Excellent
Reviewed in the United States on October 28, 2016
Verified Purchase
Could not put it down. Story did no drag. It kept me totally interested . I felt I was right there with them.
Read more
One person found this helpful
Helpful
Report abuse

On the surface this book sounds like a second chance type of story, but there is so much more going on deep in the hearts of both Sam and Wes. This isn’t the story of two people discovering one another again after years of no contact; it’s the story of two people who’ve allowed an emotional distance to take over as circumstances have separated them physically. Wes is a history professor in New York, his husband Sam is an actor who has hit the big time, and consequently has been forced to spend most of his time in LA, or on location. Sam’s success didn’t happen overnight, so the unraveling of his relationship with Wes didn’t either. Both men thought they were doing what was best as things were happening; that they could handle a long distance situation. They were wrong. The lack of communication, lack of true support, and the absence of long term goals as a couple, eventually eroded away at their bond.

Wes had filed divorce papers. He’d begun a relationship with a colleague, Carl. He believes he’s ready to move on from Sam. Riiight. Summer finds Wes and Carl going unexpectedly in different directions for work opportunities. Carl heads to Guatemala, Wes to Bald Head Island off the Carolina coast. Wes has been tapped to be the historical consultant on the set of a pirate movie, an area in which he has expertise. The last thing he expects to find is that the star of the movie is none other than…Sam.

It immediately becomes apparent that Sam has manipulated Wes into working on set, and he wastes no time in letting Wes know that he does not want the divorce. What really struck me is how Wes could have said “oh hell no,” turned tail, and left. He didn’t. He allowed himself to be swept away in the tide of Sam once again, even though he spent lots of time telling himself he wouldn’t lose sight of the shore. Sam and Wes are both genuine in their feelings and their actions. Sure, Sam has blindsided Wes with this arrangement, but he absolutely is still in love with Wes. Not wanting the divorce has everything to do with wanting a future with Wes, not in not wanting to feel like a loser. I was cheering this couple on so hard!

I loved how the two men relearned each other over the summer, rekindled interest in the little – and big- quirks they had found endearing in each other. There were tender moments, there were white hot encounters, and there was lots of time spent talking issues through. Shenanigans and adventure ensued too! Wes wasn’t a push over, but the real break- through turned out to be when he and Sam realized and faced up to the fact that they had utterly failed to voice their true thoughts and feelings to each other in the past. No more. Wes and Sam had never really fallen out of love, but they had fallen out of simpatico. I made a few tiny side eyes at some minor plot points, but nothing that took me out of the story.

The author does a marvelous job of weaving wonderful characterizations into a setting that is altogether intriguing, beautiful, and dynamic. Wes is smart, driven and supportive. Sam is brash, surprising and devoted. The supporting characters were not only well presented, but they were true friends of Sam and Wes and had no small part in their reconciliation. I especially took a shine to Sam’s PA, Jeffrey, and have hopes of him getting his own story. Hint!

I advise everyone to come aboard and sail away with this fun and heartfelt read. 

Russ
5.0 out of 5 stars Actor plots to get his husband, a NY professor back
Reviewed in the United States on May 30, 2020
Sam, movie star. At the beginning of his career, he met and fell in love with Wesley, a history professor at NYU. They married, but with his career taking off, the marriage suffered because of distance (NY vs LA) and Sam having to stay closeted.

Making a movie in NC about a real 17th century pirate, Sam arranges to have Wesley hired as a historical expert, as pirates have always been a side interest.

Wesley has a romantic interest in a fellow professor. Plans to spend time with him fall through, allowing Wesley to take the job, not knowing that Sam wants him back.

Wesley has filed for divorce, Sam doesn’t want that, he wants a 2nd chance.

Florida Jodi
5.0 out of 5 stars Light, humorous read ... great characters
Reviewed in the United States on November 11, 2016
For the record, I am a big fan of Shira Anthony's writing. I was surprised that I didn't realize she had a new book, and I bought it without knowing what it was about. Because, well, it was written by Shira Anthony, and she is on my must-read list.

<i> Take Two </i> was a fun read. It is humorous, romantic and well written. Wesley Coolidge is a very realistic character. He loves his soon-to-be-ex husband, but he knows their relationship doesn't work the way they had been living. Wesley is a college professor. He is practice and grounded in reality. He is pretty blind when it comes to men though, especially his new boyfriend.

Sander, aka Sam Carr, the soon-to-be-ex husband, is an actor and a bit of an egotist. He is used to getting what he wants. He is charming, a bit over-the-top, and very persistent. Did I mention that he is charming? He clearly wants Wesley back. But it is not until more than half way through the book that he really understands why. And that is when the depth of his character is revealed.

Shira Anthony is a master at character development. Her characters are three-dimensional sculptures that have a few surprises hidden beneath their facades. The men are flawed, and there were a few times, that I wanted to smack them both. But it is those flawed, human qualities that Anthony paints into her characters, that makes her stories so endearing., and this book is no exception.
Read more
One person found this helpful
Helpful
Report abuse
See all reviews
Back to top
Get to Know Us
Make Money with Us
Amazon Payment Products
Let Us Help You
EnglishChoose a language for shopping. United StatesChoose a country/region for shopping.
© 1996-2021, Amazon.com, Inc. or its affiliates