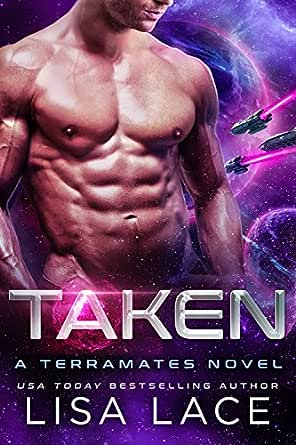 You've subscribed to TerraMates! We will preorder your items within 24 hours of when they become available. When new books are released, we'll charge your default payment method for the lowest price available during the pre-order period.
Update your device or payment method, cancel individual pre-orders or your subscription at
Your Memberships & Subscriptions
There was an error. We were unable to process your subscription due to an error. Please refresh and try again. 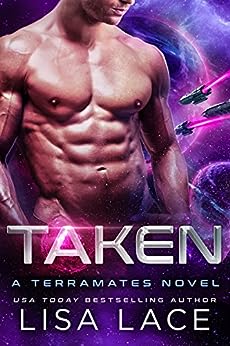 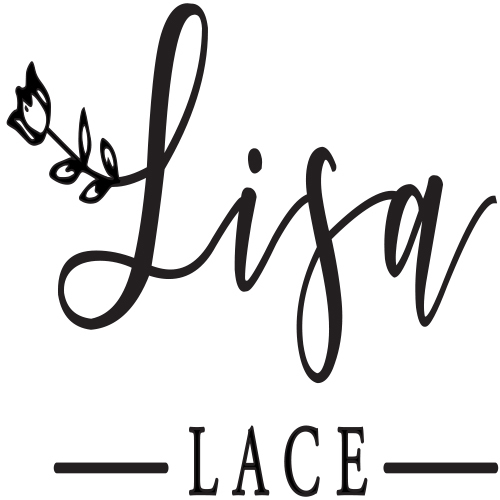 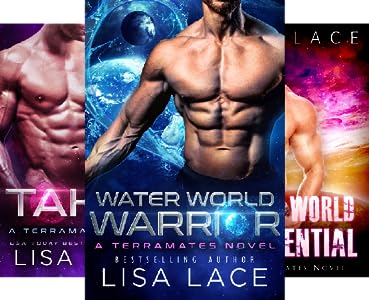 3.4 out of 5 stars
3.4 out of 5
157 global ratings
How are ratings calculated?
To calculate the overall star rating and percentage breakdown by star, we don’t use a simple average. Instead, our system considers things like how recent a review is and if the reviewer bought the item on Amazon. It also analyzes reviews to verify trustworthiness.
Top reviews

Also even though she has been free all of her life before getting kidnapped at the start of the story, a week after captivity, she thinks that she is unworthy of the hero because she is a slave. Sad and depressing. The only reason it gave it 2 stars instead of 1 is because it is a KU book and therefore I did not have to ask for a refund.

CathyB
4.0 out of 5 stars What a life
Reviewed in the United States on January 28, 2019
Verified Purchase
Lyzette lives on Earth and she doesn't have a great life but she is free. One night she gets taken and becomes a slave. Mikael the alien who bought her is actually in charge of the planet. He wants her in his bed but she has been saving her virginity for marriage. So when he calls her to his bed she is scared and he will not rape her. She intrigues him though so he wants to gain her trust. Will Lyzette remain a slave and keep Mikael's attention or will he toss her aside?
Read more
One person found this helpful
Helpful
Comment Report abuse

Kindle Customer
4.0 out of 5 stars Where do you go when there's not enough Terra-Mates to go around?
Reviewed in the United States on April 12, 2016
Verified Purchase
Lyzette was kidnapped off planet Earth and sold to the Markal as a slave for pleasure. Lynette had always saved her Jewel for the man she would marry but circumstances changed that. Her innocent lack of experience and quaint sayings she quoted drew the Markal Mikael into having feelings for her. Always before he was able to use the slave women to quench his sexual appetites and then discard them for a new one. This book will have you turning pages faster and unable to put it down. Between the alterations with Mikaels rival clan, the issues of slavery and their growing feelings for one another you'll be surprised at the very HEA ending. I look forward to reading many more books from this author. This is an honest review in exchange for an ARC.
Read more
2 people found this helpful
Helpful
Comment Report abuse

CMack
1.0 out of 5 stars Awful
Reviewed in the United States on July 14, 2016
Verified Purchase
The writing is worse than a middle schooler's. The story idea is ok but there is no character development, no background, no explanation why these aliens are so similar to humans and why they use human vernacular. Lyzette's thought process is ridiculous. Mikael's realization about slavery is so unbelievable. This book is just plain awful.
Read more
6 people found this helpful
Helpful
Comment Report abuse

LindaGayle1972
3.0 out of 5 stars As bland as cardboard pizza
Reviewed in the United States on December 29, 2016
Verified Purchase
No errors or cliffhanger. This is the 2nd in this series I've read and this was not as good as the first book. Blah, just flat.
This authors writing and character development are ridiculously juvenile. Reading more and a thesaurus would add some needed flavor.
Read more
2 people found this helpful
Helpful
Comment Report abuse

CareBear
1.0 out of 5 stars U can skip this in the Terramates series
Reviewed in the United States on March 12, 2016
Verified Purchase
Ugh! This book is not like the first. Her kidnapper may sell to Terramates but Lyzette didn't go there, she was in a slave auction. Bitten in the breast by an alien kidnapper who has sleeping agent venom after almost raped by a bunch of @ssholes then trapped in a box for a week. I had a scowl on my face for the first 27% of this book. But I loved the first one, I'm forcing myself to read on.
This poor girl was raised by a vile woman an now as a slave is just repeatedly molested, kisses, hit, close enough to rape (I'm sickened), pierced in the lip by random strangers and this does not bring romantic adventure thoughts to my mind. Lyz is naive an child like. "My Jewel" he'll take my jewel, I'll have to give him my jewel, ugh! This male ruling planet she is on has nothing to do with mail order brides, they respect their own woman but consorts, slaves can be treated disrespectfully, because they are alien to Marka. Vandwa is no where mentioned in this book an I felt like the author had an idea an just threw it in this series. The next book sounds like we get back to actual mail order brides, I'm slightly curious if at some time in this series that this crappy book will circle around an be apart of the series.
Lyz had questioned Mik about getting pregnant an he said why would you not want that an she dismissed it really easily. Then she commented about children in his home an wondered who's they were. Mik has six other consort he used before Lyz, who are now his house slaves, but we never touched on that possibly awkward topic after that. This book was everywhere gross an nothing I wanted to read!
Read more
5 people found this helpful
Helpful
Comment Report abuse

Yvette
5.0 out of 5 stars Finding strength in adversity
Reviewed in the United States on August 21, 2016
Verified Purchase
I enjoyed this book because I loved watching Lyzette grow from a sweet but extremely naive young woman who allowed things to happen to her into a strong woman that took charge of her own life. It's her unique perspective on life and slavery that causes her owner, Mikael, to fall for her and start questioning how things have always been on his planet. Like the rest of the Terramates books, this one is fast-paced, easy to read, and very enjoyable!
Read more
Helpful
Comment Report abuse

L. Nunn
5.0 out of 5 stars Great story, interesting characters
Reviewed in the United States on September 16, 2016
Verified Purchase
This story is deep. It starts off a little suspenseful but funky and then goes deeper. The main characters are strongly portrayed and the minor characters are good and could move into other future stories. The plot was thick with drama and action. There were a few parts that dragged a little, but overall, it was definitely worth reading it through. This was my first time reading a Lisa Lace book and I look forward to reading more stories from this author.
Read more
Helpful
Comment Report abuse
See all reviews