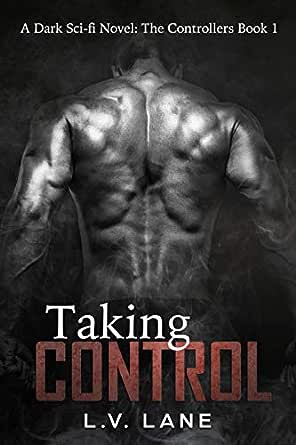 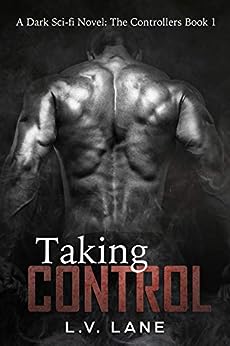 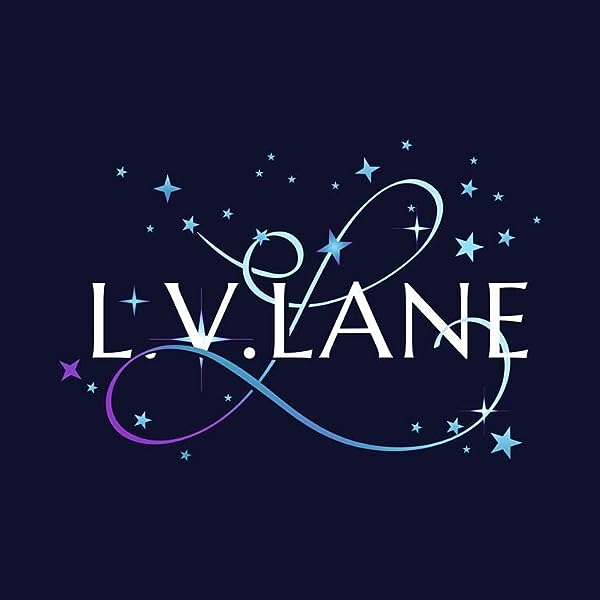 I absolutely LOVE the world that L.V. Lane has created. It is rough, raw, exciting, terrifying yet so awesome at the same time! ~ Amazon.com reviewer
Loved this new omegaverse take. Looking forward to the next in the series. ~ Amazon.com reviewer I don't think I blinked till it was over. Definitely an amazing roller coaster ride. The world building is terrific and has so much potential. The main characters are very intense and intriguing. ~ Amazon.ca reviewer This ticked all my boxes! I loved all of it, and that there was a new twist on this genre. Loved the sci-fi element to it too. I'm excited for the rest of the series to be posted, it seems like there's a lot of really cool places to explore in this universe. ~ Goodreads reviewer

Before the Copper virus came along, we were ordinary people.
Developed in a lab, the virus was hailed as the next stage of evolution. Little did we know how it would change us, physically and physiologically.
It divided us.
Read more

4.2 out of 5 stars
4.2 out of 5
128 global ratings
How are ratings calculated?
To calculate the overall star rating and percentage breakdown by star, we don’t use a simple average. Instead, our system considers things like how recent a review is and if the reviewer bought the item on Amazon. It also analyzes reviews to verify trustworthiness.
Top reviews

If you are looking for a plot or story that makes sense, don't bother, this isn't it. I have so many questions and zero answers. The rules of the world were strange, forcing alphas and omegas together into war zones, giving them very little time to get to know each other and basically "forcing" them into having sex in order to bond, or something, then dropping them into war zones where the omega has ZERO training. I guess because the omega had sex with the alpha, supposedly they don't need training, they just need to follow the alpha's orders. I believe that would be a lot easier if there was not only trust between them (sorry, sex doesn't equate to trust) and the omega had some training in combat situations so they knew what to expect. I don't care how much you go at it like bunnies beforehand, being in the middle of a war with bullets flying and explosions happening is gonna make an inexperienced person flinch and freeze from time to time!

Then, after the mission is complete, they go their separate ways and partner with different alpha/omega for the next mission! WTF?! If having sex, forced or not, bonds them, then why wouldn't you keep bonded couples together? Why separate them and force them to start all over with a new partner for a different mission? That makes NO sense, none, nada, I just don't get it.

Also, in order for the alpha to be paired with an omega for a mission (and they don't know who the omega is ahead of time), he must endure 3 days of "battle" with all the other alphas who are capable of being "controllers" so they start their mission completely beat up, but it's ok because they are tough alphas <snort>. Nothing like starting out a mission with an alpha who is already hurt. Just one more thing that doesn't make sense. Seems like they would pair them by personality or sexual needs, not combat. Just because he can survive and beat up a bunch of other supposedly qualified alphas doesn't mean he will make a good partner for every possible omega.

I get that the author was probably trying to write a dirty but "different" A/B/O story, but it missed the mark a bit. I still applaud her for trying, it takes guts to put yourself out there. Maybe the next book in the series will make more sense.
Read more
81 people found this helpful
Helpful
Comment Report abuse

Margot Mostert
5.0 out of 5 stars Fantastic Dark Omegaverse book
Reviewed in the United States on April 24, 2019
Verified Purchase
Taking Control is the first instalment in the Controller Series by L.V. Lane. The author builds a world rife with war and those who fight to restore the balance that was destroyed by the Copper Virus. The characters are protective, strong, controlling and hot. The plot is thrilling and full of action and suspense. This is a seriously sexy and stimulating story, with romance that is as thrilling as it is heart-wrenching.

The story follows Eloise, a rare Omega, on a mission to help save humanity from the effects of the Copper virus. In doing so she must lose her sense of self and give complete control to her Alpha, Logan. It is Logan’s duty to protect Eloise during their upcoming rescue mission. Only through extreme intimacy and control can a strong bond be formed, ensuring Eloise’s safety and the success of their mission.

This book is for mature audiences only, who enjoy Alpha-men taking control and demanding obedience from their Omegas and women who love to test their boundaries through discovering the spectacular world of love and sex. This dark, sci-fi omegaverse book is a wonderful experience for first time readers of the genre as well as die-hard fans.
Read more
11 people found this helpful
Helpful
Comment Report abuse

BJ
5.0 out of 5 stars Nice surprise.
Reviewed in the United States on April 26, 2019
Verified Purchase
The writer's first release is a gem! In this science fantasy world, a virus has divided society into different layers, and our heroine feels uncomfortable as a late blooming Omega. Then she is assigned to the overwhelming Alpha H. The writer lured me into the plot which I thought was good and revealed with increasing intensity through each chapter. I did think the pacing was a little uneven. For instance the steam was great, but too much in the beginning, not enough at the end. The h was overwhelmed at first, loses her mind which is never a good trope for me, I would have liked her to be a little stronger, so I debated 4 or 5 stars but as I couldn't put it down it deserved 5 stars. I will be buying the next book, can't wait.
Read more
4 people found this helpful
Helpful
Comment Report abuse

MLee
2.0 out of 5 stars Not Her Usual
Reviewed in the United States on October 22, 2020
Verified Purchase
Having read Prey and Omega, I was excited to read this, but it just wasn’t as good as her previous work. Eloise was not as developed a character - other than liking pain and being conflicted about the virus. Hudson was better developed in the beginning, but I felt like he became one note as well. I never really invested in them as a couple.

And I wouldn’t call the ending a HEA - was he going to fight for her every time? Would he always win?

And then there were the grammar and spelling mistakes. (Prayed rather than preyed, for example.)

I’ll try the next one, but if I don’t enjoy it more I’m done with this series. I’ll wait for the third Omega novel,hopefully Lily’s story, and Dr. Tsing’s comeuppance.
Read more
One person found this helpful
Helpful
Comment Report abuse

Read Robyn
5.0 out of 5 stars Five Stars and Smoking Hot To Boot!
Reviewed in the United States on November 24, 2019
Verified Purchase
This is the first book I've read by L. V. Lane. I love the chemistry between Eloise and her Alpha, Logan. This is the first book in the series where all the ground work is laid for future installments. The dynamics are neatly unpacked from Alpha thru Omega, carefully fleshing out the characters and the corrupted world(s) they inhabit. There are elements of power exchange and steamy interludes, mixed with the suspense. The ever present danger lurking in all fronts, where motives are hidden, multilayered and not so clear to pin point. If you love a steamy, suspenseful, Omegaverse, you will love this book and author!
Read more
One person found this helpful
Helpful
Comment Report abuse
See all reviews

Grannygrumps2
5.0 out of 5 stars Good
Reviewed in the United Kingdom on March 15, 2020
Verified Purchase
I really enjoyed this book totally different to what I usually read the sexual scenes are great the action gripping. It’s a must read book
Read more
Report abuse

Miss Stacey L. Lloyd
5.0 out of 5 stars Excellent Read
Reviewed in the United Kingdom on March 29, 2020
Verified Purchase
Excellent Read really enjoyed the book,the characters got to you.
Couldn’t put it down until I had finished the book,loved the ending totally unexpected.
Read more
Report abuse

Karen
3.0 out of 5 stars Interesting
Reviewed in Australia on October 22, 2019
Verified Purchase
A bit strange but it was still interesting to read I don't know if I will read anymore though There will be people out there that will really enjoy this book so cheers.
Read more
Report abuse
See all reviews