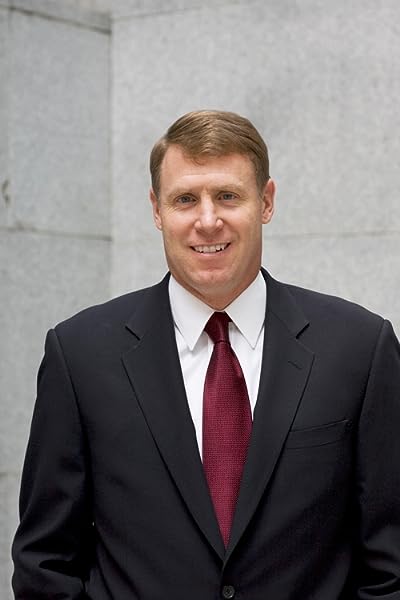 by Matt Ferguson (Author), Lorin Hitt (Author), Prasanna Tambe (Author) & 0 more
4.6 out of 5 stars 4 ratings
See all formats and editions
Sorry, there was a problem loading this page. Try again.

"Companies that can unleash the passions and gifts of their people will have a competitive advantage in the landscape of the future--becoming curators instead of keepers of talent. This book gives readers some of the keys to cracking that code."

IS YOUR HR DEPARTMENT PREPARED TO FLIP THE BIG DATA SWITCH?

At every stage of the employee life cycle, a data-driven approach to HR can help companies make smarter decisions about their most important asset: their people. In the wake of the greatest shock to the labor market since the Great Depression, companies are faced with looming skill shortages, retention concerns, and questions regarding the most effective composition of their workforce.

The Talent Equation shows you how to navigate today's hiring climate and drive your business forward.

LORIN HITT is a professor of operations and information management at the University of Pennsylvania, Wharton School.

PRASANNA TAMBE is an assistant professor of information, operations, and management sciences at NYU's Stern School.

LORIN HITT is a professor of operations and information management at the University of Pennsylvania, Wharton School.

PRASANNA TAMBE is an assistant professor of information, operations, and management sciences at NYU's Stern School.

Vesna Rafaty
4.0 out of 5 stars For job seekers, not just HR managers and other HR professionals
Reviewed in the United States 🇺🇸 on December 30, 2013
Verified Purchase
If you are a job seeker, you will want to patiently read this book to get insights into current realities and trending horizons facing the talent recruitment industry. In this way, you will be more prepared for your job search as well as interviews. Especially valuable is the way the authors undertook to ask a number of clear, useful questions (yes,...they are framed from the standpoint of the hiring manager, the employer...but still very telling for job seekers) of available Big Data to glean the actionable insights that are reported...some of which are surprising while others are not surprising.
Read more
2 people found this helpful
Helpful
Report abuse

The Talent Equation examines the relationship between personnel and big data. In particular utilising data to recruit, train and retain employees.

Companies using big data to analysis consumers has been occurring for years, and large companies particularly are good at collecting and analysising this data. This book looks at how to apply this same concept to human resources.

The Talent Equation encourages companies to focus data analysis to enable them to find, train and retain the right people, in spite of potential skills shortages, resources limitations, and other recruitment challenges.

There will be two readers of this book. Firstly the Human Resources Managers of companies, wanting to improve their recruitment and personnel departments, as well as reducing costs from frequent hiring processes. They will learn how to analysis the data provided from job seekers, and the available data in the marketplace, as well as develop big data records with analysis for existing employees.

The second to benefit of this book will be job seekers, who will gain insight in how organisations are recruiting and using data.

The book is full of data, reports and examples, and will take a HR department a while to break down into manageable action plans. Once done though it will place them ahead of their competitors.
Read more
3 people found this helpful
Helpful
Report abuse
See all reviews

AnthonyRose
5.0 out of 5 stars Essential reading for critical thinkers.
Reviewed in the United Kingdom 🇬🇧 on December 5, 2013
Verified Purchase
The results from Big Data can frequently be counter intuitive. That's why it's so important to have a grasp of it. For example how many resumes have you binned because the candidate is long term unemployed or has been job hopping? Big Data tells us that those people are no less likely to be dismissed or leave a new role than any other new employee.
This bit of information I picked up in the first few pages and has immediately increased my talent pool.
Often books of this nature are packed full of big ideas without pinning any of them down to real world application. The author(s)of this book don't fall into this trap
and there are plenty of easily applied, instantly beneficial concepts within these pages.
When applied to the employment market Big Data is as much a powerful tool as it is when applied to supermarkets and finance. You won't get a better introduction than this book. This is an essential for anyone involved in staffing policy.
Read more
One person found this helpful
Report abuse
See all reviews