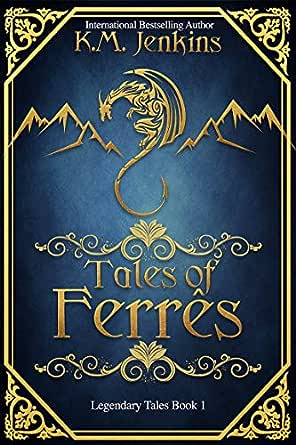 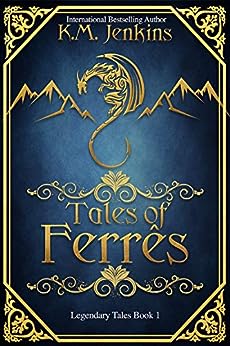 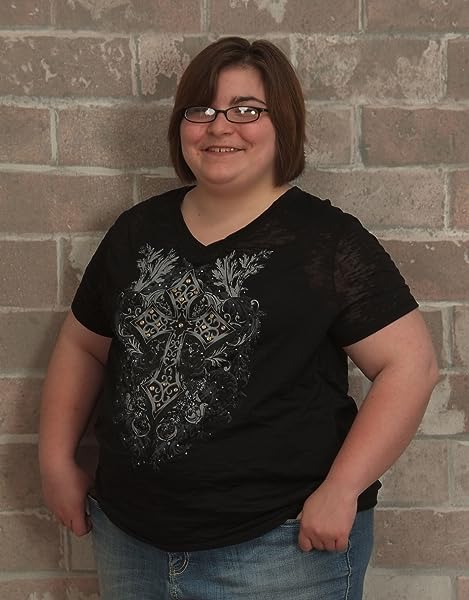 Mary
5.0 out of 5 stars nice collection
Reviewed in the United States on June 7, 2020
This is a nice collection of stories.
A Father's Protection
What a father will do to protect the physical and spiritual well-being of his child

An Elf, a Dragon and a God's Intervention
What happens when a God gets involved in the search of a dragon and elf.

Bonds of Friendship
Friendship blooms between Karigan and the young dragon.

The Assassin's Prophecy
Jerramy meets the Lady of the Wood, a unicorn who giveshim a prophacy

Nightmare of Ferrês
Aerigon, the orphan, is attacked in the forest and Ïstan, an elf and Argoth,a dwarf find and save him. He joins hem in their travels.

The Wrath of Snowfire
There is no fury like that of a mother who thinks someone has hurt their child,

Mëira's Prince
Mëira comes out of her shell and meets an elf prince and would never be alone any more.

Bonds of Betrayal
Shogun, a rider, and Zeima, a dragon, they along with all the other dragons and riders are betrayed by Filthas when he kills the queen. Things do not end well for Shogun at the end of this book

Where is Filthas now?
In the land of the goblins Filthas exists.

A Forbidden Friendship
Kÿla sees the chosen one, Billy with the Staff of Mortez. The Forest of Ferrês surrounds them while Billy sleeps and take them back to the land of the kyres. Billy and Kÿla become friends.

A Powerful Rivalry
Serena, goddess of the moon, meets the white stag, Deyvan in the Forest of Ferrês that she has been forbidden to enter by the council because Nütari only allowed her daughter, Salza, the goddess of the elves and her mate, Mortez, to enter without her permission. Serena and Salza decide they will try to get the forest opened to all. Serena creates a new species and tells them to go out and multiply rule over the area and bow only to her. The rivalry between the twin-tail fox and the kyres begins.

**Bonus Story** Sludge and the Rabit Girl
Kero and Alex pull a prank that gets Kero punished with a spell.

H. Bane
5.0 out of 5 stars Really enjoyed
Reviewed in the United States on June 23, 2020
I really enjoyed this book. I loved the stories and found them well written. The characters throughout the stories are well developed. I love the book cover as well. A really great book that I recommend reading.

Debra
3.0 out of 5 stars A pre-teen collection of Fae tales
Reviewed in the United States on June 12, 2020
More of a preteen read the stories were not all that exciting but did cover almost all the typical Fae creatures and some new types or maybe just new to me.
Read more
Helpful
Comment Report abuse

patricia
5.0 out of 5 stars must read for all ages
Reviewed in the United States on June 10, 2020
really enjoyed this book the characters awesome this book was so awesome i couldnt stop reading until i finished the book recieved this book as a arc copy !
Read more
Helpful
Comment Report abuse

GARGAM3LS B3AUT1FUL
4.0 out of 5 stars Couldn't put it down
Reviewed in the United States on June 20, 2020
I cannot wait until book two comes out. The way the book is set up is all the stories will eventually intertwine. It was a very easy read that I would recommend to anyone. I was given a complimentary copy of this book, and this is my honest review.
Read more
Helpful
Comment Report abuse

AlanB
5.0 out of 5 stars A Wonderful World
Reviewed in the United States on June 5, 2020
I read these stories when they were separate. Now they are all in one place and are still excellent. It is well written and I enjoyed it. The world that is created in this book is wonderful. Meaning itis full of wonder and magic. I do recommend it, for what that is worth. I received a free review copy of this book.
Read more
Helpful
Comment Report abuse
See all reviews from the United States