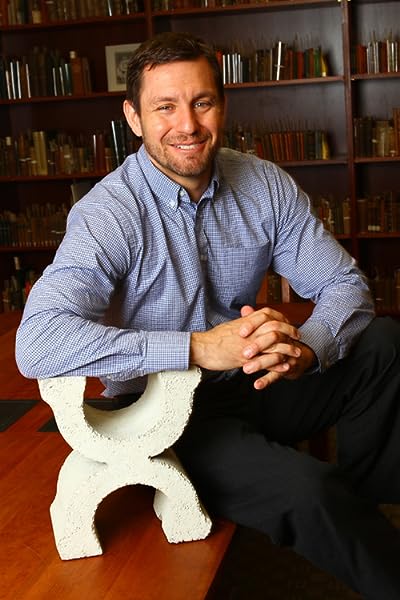 Dealing in a casino presents challenges and rewards not seen in many workplaces. With hundreds of thousands of dollars at stake every minute, table games pits are high-stress workplaces. Managing a workforce of dealers and attending to the needs of players brings stresses of its own. In 2015, the University of Nevada, Las Vegas’s Center for Gaming Research received a grant from the UNLV University Libraries Advisory Board that enabled it to undertake an oral history project intended to capture the stories of table games managers, including both those currently working in the field and those who have retired. Drawn from these interviews, Tales from the Pit provides an overview of how the interviewees felt about a variety of topics, ranging from their experiences breaking in as new dealers to their transitions to management and the changes the industry has seen over their careers. The current and former managers speak candidly about the owners, bosses, dealers, and players who made each day challenging. This book illuminates the past several decades of casino history through the words of those who lived and made it.

Dr. David G. Schwartz directs the Center for Gaming Research at the University of Nevada, Las Vegas, teaches history, writes about gaming and hospitality for Vegas Seven magazine, and only occasionally pines for his days as Mr. Peanut on the Atlantic City Boardwalk.
An Atlantic City native and former casino employee, Schwartz has written books about the development of casinos (Suburban Xanadu), the Wire Act (Cutting the Wire), gambling history (Roll the Bones), Las Vegas casino builder Jay Sarno (Grandissimo), and Atlantic City (Boardwalk Playground). His non-fiction writing has won multiple Nevada Press Association awards, and he was named the 2014 Trippies Las Vegas Person of the Year in recognition of his contributions to the study of gambling and Las Vegas--and perhaps his tasty artisanal nut butters. In his neighborhood,he is more widely appreciated for his macaroons.

Schwartz received his bachelor's and master's degrees(anthropology and history) from the University of Pennsylvania and his Ph.D. in United States History from the University of California, Los Angeles. In addition to his work at the Center for Gaming Research, he also teaches history at UNLV and speaks to a variety of groups on numerous topics, including "Seven Things You Should Know about Casinos" and "How Bugsy Blew It." He lives in Las Vegas with his wife Suni and their two kids, who prefer his homemade pizza.

Start reading Tales from the Pit on your Kindle in under a minute.

Jeffrey D Purtee
4.0 out of 5 stars Inside the Casino Industry
Reviewed in the United States on May 4, 2017
Verified Purchase
The casino industry fascinates me, and for that reason I really enjoyed this inside look at working professionals in that industry. This book is a collection of interviews of those professionals, organized by broad subject matters. I loved the diversity of opinions, especially when professionals in the same industry disagree with each other.
If you have the same interest in all aspects of the casino business as I do, you will enjoy this book as much as I did.
Read more
Helpful
Comment Report abuse

Scott Eckert
3.0 out of 5 stars Good but difficult to follow
Reviewed in the United States on January 25, 2017
Verified Purchase
Interesting topic but needs to be edited for clarity. Some of the discussion by contributors is difficult to follow.
Read more
One person found this helpful
Helpful
Comment Report abuse

Paige Turner
5.0 out of 5 stars Real-life Vegas Tales, Told by Real Pit Bosses!
Reviewed in the United States on June 7, 2016
Verified Purchase
What a fantastic book!

David Schwartz, expert on all things Vegas and gambling, edited and organized a series of interviews into "Tales from the Pit." The UNLV University Libraries Advisory Board was wise enough to fund an oral history project, which yielded these many engaging interviews of colorful characters- the men and women that run the table games in Vegas. Going back to when the Kansas City mob ran the Stardust, to modern day Wynn Encore, these stories capture the reality of what working the tables was like through the most dynamic period of Vegas history.

Who would enjoy this book?
• Card counters - you will understand better how the Pit bosses think about counters and their approaches
• Anyone considering a career in casino games- this is a must-read
• Analysts, investors that specialize or trade the casino stocks
• Vegas and gambling history buffs- you will love the true stories

There are so many interesting stories in here; I'll mention a few tidbits of interest-

• Did you know that the scene in Casino when De Niro complains that his blueberry muffin doesn't have as many blueberries in it as his floorman? That is a true story!

• The famous line from the Godfather "I'll make him an offer he can't refuse," that is also from a real-life character in Vegas history.

• One of my favorite parts of the book is the brilliant pit boss who knows a young man is counting cards and instead of kicking him off the table, simply tells him he is making mistakes with his basic strategy. Brilliant!

My only small criticism is that David Schwartz steps back to the background here, and lets these characters do the talking, and I think he had a bit too light of a touch, because he is such an engaging writer on Vegas. But this is not that kind of book and he organizes it well, which allows several themes to emerge: the shift in focus from serious table game dealers to more of a customer serivice orientation, and the shift in Vegas from table game revenue to non-gaming revenue. I also have a sneaking suspicion, from having spent many hours talking to dealers in Vegas, that these interviewees are holding back some of the best stories, since they were "on the record." But nonetheless, there is a lot of really good stuff here.

David Schwartz has written other books that should be on your list.

"Grandissimo," the story of Jay Sarno by David Schwartz is my favorite, because he spins such an engaging tale about the man who built Caesars Palace. That book is a must-read, and a movie just waiting to be made. "Roll the Bones" and "Boardwalk Playground" are more "textbook-like" books that are highly recommended as well.
Read more
6 people found this helpful
Helpful
Comment Report abuse