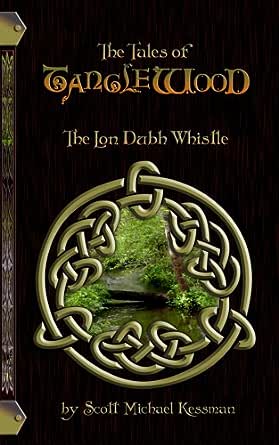 You've subscribed to The Anne du Lac Series! We will preorder your items within 24 hours of when they become available. When new books are released, we'll charge your default payment method for the lowest price available during the pre-order period.
Update your device or payment method, cancel individual pre-orders or your subscription at
Your Memberships & Subscriptions
There was an error. We were unable to process your subscription due to an error. Please refresh and try again. 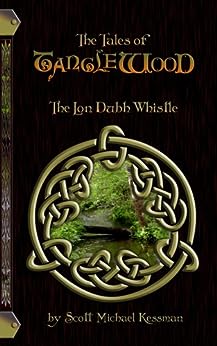 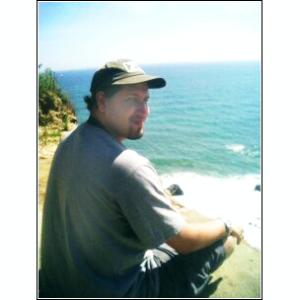 The Tales of Tanglewood: The Lon Dubh Whistle Kindle Edition 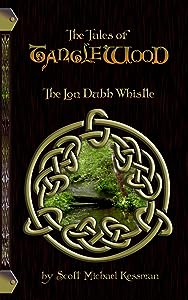 In a world filled with strife and hardship it is a stroke of luck when a book appears to take one away from it all. The Tales of Tanglewood: The Lon Dubh Whistle is just such a story. This is a chronicle of a young boy named Colin and the seemingly unexceptional forest beyond his parent's yard. Colin felt the woods to be special, and often dreamed of the magic that was busy in the trees in the form of wood nymphs, elves and other creatures. One warm summer night, upon awakening from a recurrent charmed dream, he followed his instincts outside into the woods. After pushing through the trees for some time he came to an archway, and then to a clearing, where before his eyes, cast in the glow of firelight was...well, here the adventure takes off for young Colin in The 'Wood. Colin is initiated into the grove with characters like the be-horned Ailfrid, Colin's fairy guide; Doc Muffingrow, the druid and muffin-baker extraordinaire; and Deidre, the strong-willed elfin runner. But all is not right and peaceful in The 'Wood. And as Colin always suspected, he is not a simple Kynney Deiney; or member of the human race, but in fact possesses Blood of the Fey, or fairy spirit. What ensues is an engaging adventure of transformation and rebirth all through the world of the supernatural, rife with the creatures of one's wildest imagination; brownies, sprites and pixies abounding. This book is a delight for all ages. The Tales of Tanglewood is fundamentally charming, from its enchanting characters to its deft anthropomorphizing of the natural world. Whereas some fairy fables devolve into sentimentality, this tale is utterly entrancing. Written in clean, capable prose, the story moves without a hitch to the final pages, which hint at more Tanglewood tales to come. The reader should be so fortunate. --Rachel Bravmann, reviewer for BUST Magazine, Seattle Magazine --This text refers to an out of print or unavailable edition of this title.

Scott Michael Kessman currently resides in Long Island, New York, where he lives happily with his beautiful wife and two annoying cats. He has always been a writer, since the days of early childhood, when he was first able to put his dreams into words. Scott has toiled as a graphic artist for many years, seeing fit to labor away at a multitude of short stories and longer story ideas, with the idea in mind that he would one day publish a collection. It was not until recently that he began work on The Tales of Tanglewood, and everything has changed. The Tales of Tanglewood is not just a story. It is the culmination of many years worth of dreams. It is a wish upon a star, glowing brightly in the midnight sky. It is a childhood fantasy of wonder and magic brought to life. Partially inspired by his love for fantasy and folklore, and also the love for his wife, whose ideas contributed much to the story, Scott hopes that anyone who reads it can feel the same magic he felt when writing it. He loves the woods. He loves Ireland. He writes. He draws. He cooks. He loves his wife. He enjoys the little things in life. Strip the world of contemporary shopping malls and mind-dulling technology, and you will find the world a magical place to be. --This text refers to an out of print or unavailable edition of this title.