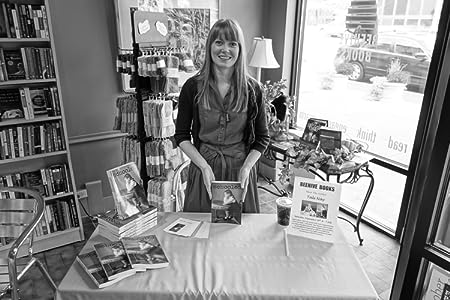 I'm a writer and a businesswoman, and although I've spent the majority of my adult life making my way farther and farther east, after a recent stint in New York City becoming a certified gemologist, I once again call the West Coast home, working in the gem industry and living in San Diego. I love reading about real life, so it's probably no surprise that when I finally sat down to write something substantial, a memoir is what came out. I have several more planned, all dealing with the universal aspects of life we can all relate to. Even if the majority of us are virtual no-names to the rest of the world, every life is riddled with stories that are worth telling, which is why I refer to my series as The Everyman Memoirs. I hope they cause you to remember your own experiences, and maybe even inspire you to write them down! You can follow my literary adventures at www.talinaybooks.com. 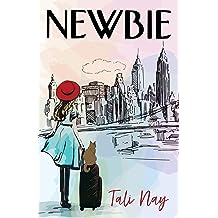 Newbie Sep 21, 2019
by Tali Nay
( 6 )
$9.99
Tali Nay’s fourth memoir takes you to New York City, a place to which she moved in order to pursue her dream of becoming a gemologist. From her study of gems to her love of city sweets to her disgruntled, cat-hating neighbor, you’ll root for her every step of the way. Newbie is not just a book about city life and what it takes for a small-town girl to adjust. It’s also a book about lifelong dreams and what can happen when we conquer risk and fear and doubt in our quest to achieve them.
Read more
Other Formats: Paperback 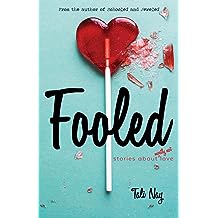 Fooled Feb 11, 2017
by Tali Nay
( 13 )
$4.33
Anyone who's ever tried to find love will appreciate Tali Nay's latest memoir--equal parts humor and heartbreak--about navigating the dating world in search of The One. Using her own romantic relationships (The Cowboy, The Quarterback, The Writer, etc.) as vehicles to illustrate the ups, downs, and spectacular failures surely familiar to us all, Fooled reminds us that love is not only as rare as it is beautiful, but that it is also torturous, inconvenient, and gives us a hell of a lot to lose. Would any of us really have it any other way? A satisfying reminder of this most universal of adventures.
Read more
Other Formats: Paperback 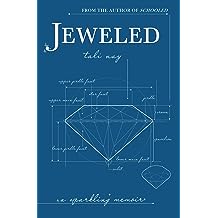 Jeweled May 21, 2014
by Tali Nay
( 11 )
$7.95
Tali Nay first discovered gemstones while standing with her parents in a grocery store check-out line. The cheap display of birthstone keychains in front of her, each embedded with a single synthetic stone, was captivating. And the best part? Her own birthstone—the diamond—was the most beautiful of all. Since this childhood discovery, Tali's fondness for all things gem has only grown. From her beloved hometown jewelry store to her lifelong crush on Tiffany & Co., this sparkling memoir gives you a glimpse into an industry that touches us all, perhaps more often than we realize. Whether or not jewelry is your passion, you'll be entertained by Tali's stories of selling diamonds in small-town America, learn more than you ever wanted to know about the world of gems, and ultimately be inspired by her quest to pursue a dream.
Read more
Other Formats: Paperback 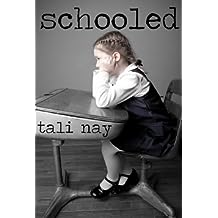 Schooled Apr 7, 2012
by Tali Nay
( 27 )
$4.29
"Do you have to have sex to have a baby?" It's a question that ten-year-old Tali Nay asked the office assistant at her elementary school after the woman had done her best to explain how it all happened to a roomful of confused girls. Or maybe Tali was the only one who was confused. It's entirely possible, for if there's anything she knew at this point in her schooling, it was that she—without fail—was the last to know about anything interesting. Take her first day of kindergarten, where it turned out that every other kid already knew which letters were the vowels. Her first lesson as a student was consequently one of humiliation, and her second—only slightly less important—was that puking in a classroom tends to start a chain reaction. A refreshingly honest deep-dive into what we actually take away from a public education, this hilarious and heartfelt memoir captures the things we learn in school that are never part of any lesson plan yet somehow have the biggest impact upon the shaping of our perceptions over the years we spend in a classroom. Things like competition, failure, scandal, popularity, disillusionment, triumph, guilt, and, of course, throwing up in public. From the glorious to the gloriously awkward, this everyman tale is a story of growing up, one semester at a time.
Read more
Other Formats: Paperback