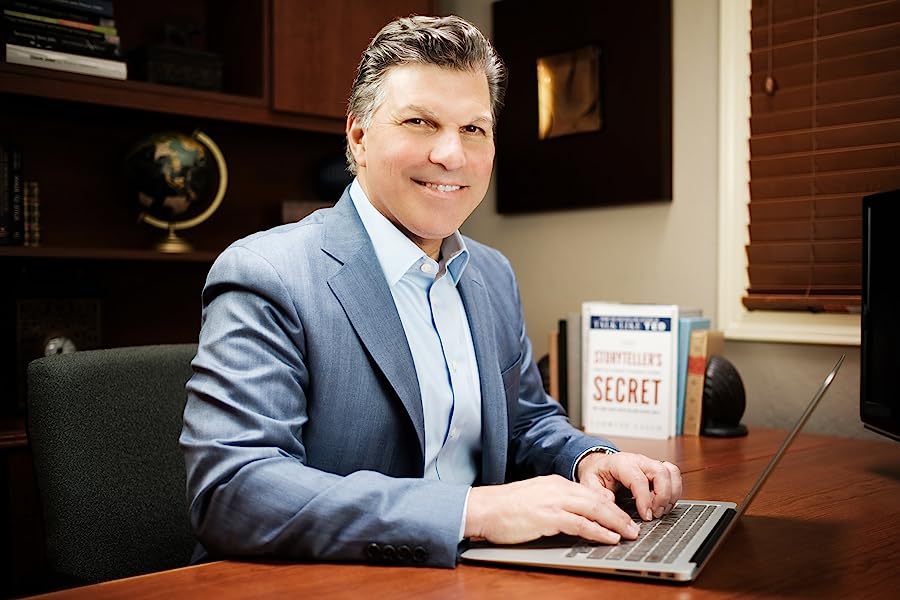 Start reading Talk Like TED on your Kindle in under a minute.

4.6 out of 5 stars
4.6 out of 5
1,670 global ratings
How are ratings calculated?
To calculate the overall star rating and percentage breakdown by star, we don’t use a simple average. Instead, our system considers things like how recent a review is and if the reviewer bought the item on Amazon. It also analyzes reviews to verify trustworthiness.

A. Kecskes
3.0 out of 5 stars Mostly stories of TED talks; not so much on how to Talk LIke TED
Reviewed in the United States on February 25, 2019
Verified Purchase
Not a bad read overall; it's quick and easy to get through, yet it doesn't really provide any meaningful insight into how to "Talk Like TED." The essence of Gallo's few instructions comments you can find from any decent book on public speaking: be authentic; gestures are important; be funny; make an impact; visuals are powerful; have passion. I think that covers it all for this books, as far as public speaking is concerned.

If you're interested in the context around some of the more popular TED talks, then this book really shines. It is well written; it's just that the content and title are incongruent.

Steve Gladis
5.0 out of 5 stars I can highly recommend this book
Reviewed in the United States on September 29, 2016
Verified Purchase
Talk This Way!
Using a host of TED Talks, Carmine Gallo offers a powerful argument for how to deliver public presentations. Having taught speech for over 20 years and being a former speechwriter, I can highly recommend this book. Gallo suggests speaking with emotion and passion; telling compelling, relevant stories; having a conversation with the audience; teaching something new; inserting show-stopping elements; using situational and personal humor; and, delivering information in short 10-minute segments punctuated by soft breaks—stories, pictures, videos.

T and T's mom
5.0 out of 5 stars Great Book!
Reviewed in the United States on December 26, 2017
Verified Purchase
I used this as a supplement for our homeschooled daughter. She's in 10th grade and needed a speech credit. I feel like she learned more from this book than she did the actual curriculum we used. She loved it so much she ended up buying it for her boyfriend as a gift.
Read more
17 people found this helpful
Helpful
Report abuse

Norcalsurf
3.0 out of 5 stars Can be Useful but Has Its Limitations
Reviewed in the United States on August 25, 2020
Verified Purchase
I'll preface this by saying that books written by business coaches/consultants usually annoy the heck out of me, as they are generally filled with narcissistic self-references and do a horrendous job summarizing actual scientific findings. To some extent, this book does the same. But while other such books usually garner 1-star reviews from me, "Talk Like Ted" has its redeeming qualities. As many others have noted, this could have been a much, much shorter book; as such, I recommend taking what you need from it and skipping the rest, as it's easy to get the point of each chapter by the first one-third of it. I liked the main point each chapter provides, but I felt like they fell short on application. For example, in Chapter 1, Gallo repeats over and over again the importance of passion, but does nothing to provide guidance on how the reader can find such passion. I guess this reflects his lack of knowledge of the science behind such principles. Despite all of the shortcomings of this book, though, I do believe a reader can sort through it for things to apply to one's own presentation opportunities. At the very least, while nothing in this book is cutting edge knowledge, it does contain enough reminders that can escape our consciousness after a while.
Read more
4 people found this helpful
Helpful
Report abuse

Vanessa W. Blake
4.0 out of 5 stars 9 Public Speaking Secrets made into common sense.
Reviewed in the United States on June 3, 2017
Verified Purchase
This is a fantastic book. Gallo really gives extended evidence to back up the 9 'secrets'. The only draw back is that at times it may seem to be long winded, however you leave each chapter fully understanding what contributes to excellent public speaking/presentation. It truly inspires you to tackle all of your business presentations and make sure that all of your audiences are fully engaged and walk away with a new idea.
Read more
18 people found this helpful
Helpful
Report abuse

Troy
5.0 out of 5 stars Home Run
Reviewed in the United States on November 5, 2016
Verified Purchase
If you stand in front of people for a living this book should be mandatory for you to read. What an inspiring book on public speaking. They make it much more than a presentation. They teach how to grab others hearts and truly impact those you are speaking too. Everything is practical which is the best part. No matter your experience this book will inspire and teach you to be a better speaker.
Read more
22 people found this helpful
Helpful
Report abuse

PVR
5.0 out of 5 stars A must for every masters, medical, dental, law,... graduate student who has to go through interviews for next phase of education
Reviewed in the United States on September 5, 2016
Verified Purchase
Whether your professional student or job applicant thinks they know everything or needs a step by step guide, this is a must have book for anyone going through interviews or panels. In fact, I'm finding it useful for myself and my church committee involvement and husband is looking it over for misc needs in his 30 year blue collar job.
Read more
13 people found this helpful
Helpful
Report abuse

AD
5.0 out of 5 stars Great book to have for public speaking
Reviewed in the United States on August 26, 2018
Verified Purchase
I was asked to speak to a group of physicians and grieving families about being an organ donor. This book was suggested to me and really helped me work on refining my public speaking skills. I enjoy Ted Talk programs and this gave me insight on how much the delivery is important when keeping the audiences attention.
Read more
9 people found this helpful
Helpful
Report abuse
See all reviews

Vaida Maksims
5.0 out of 5 stars Helped me inspire a group of tired, bored and sleepy teenagers
Reviewed in the United Kingdom on October 8, 2018
Verified Purchase
I came across this book preparing for my first ever inspirational speech. 6 months prior to the date (!!!!!) I was already starting to freak out about meeting 40-odd teenagers. Teenagers, who were (not) expecting to be inspired and convinced, that WORK is actually good (!!??!!) for them... I saw stretched out necks from the back row and complete silence, when I lowered my voice. I saw eyes, following every single movement of my hands. Needless to say, I sold my story.

This book inspired me and helped me fully prepare for that and many other presentations along the way. A MUST read to anyone who talks to people.

Jess
5.0 out of 5 stars Little bit obsessed with this book
Reviewed in the United Kingdom on January 30, 2019
Verified Purchase
I have an utter fear of public speaking - like, how on earth am I supposed to entertain and inform people for 20 minutes?! Turns out there's a formula that works! This book has been invaluable in helping me to craft my talks (which have all been really well received!) and help me to get my head around the whole experience.

I found it particularly helpful to break down the parts of a talks that I've found brilliant in the past - decipher why it was brilliant and start to hone my own stories. Would fully recommend it to just about anyone who's interested in nailing public speaking.

Nolan Collins
5.0 out of 5 stars Best book this year!
Reviewed in the United Kingdom on November 15, 2018
Verified Purchase
I have taken several courses on public speaking, speaking to inspire and others, and this one book blew them all away. When you sit down to read this, make sure you’ve got a highlighter and notepad as you’ll be making changes to everything you do to present your ideas. I can’t wait to read it again and get even more from it.
Read more
7 people found this helpful
Report abuse

Fiifi
5.0 out of 5 stars This book teaches you the art of story telling.
Reviewed in the United Kingdom on July 18, 2020
Verified Purchase
I love watching TED talks and I have been watching TED talks for well over 10 years. I always marvel at some of the best presentations given on the platform. How the speaker was able to make the audience laugh on cue or have the room filled with silence yet everyone is leaning forward full engaged.

To succeed in the corporate world, one must learn the act of presentations. How to tell stories that move people. The book gives great anecdotes regarding the prep or behind the scenes of some of these world famous TED talks. Would highly recommend this book for any keen to improve their communication, story telling and presentation skills .
Read more

5.0 out of 5 stars This book teaches you the art of story telling.
Reviewed in the United Kingdom on July 18, 2020
I love watching TED talks and I have been watching TED talks for well over 10 years. I always marvel at some of the best presentations given on the platform. How the speaker was able to make the audience laugh on cue or have the room filled with silence yet everyone is leaning forward full engaged.

To succeed in the corporate world, one must learn the act of presentations. How to tell stories that move people. The book gives great anecdotes regarding the prep or behind the scenes of some of these world famous TED talks. Would highly recommend this book for any keen to improve their communication, story telling and presentation skills .