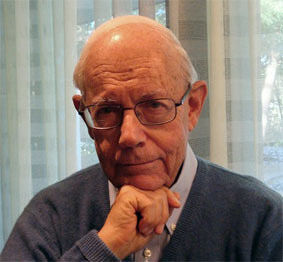 Talking With God: The Radioactive Ark of the Testimony. Communication Through It. Protection From It. Hardcover – September 1, 2010

by Roger D. Isaacs (Author)
4.7 out of 5 stars 12 ratings
See all formats and editions
Sorry, there was a problem loading this page. Try again.

From Moses to King David, the Israelites reported terrifying, even fatal encounters with the Ark of the Testimony (commonly Ark of the Covenant). They used common terms of the day, but as languages have evolved, their original descriptions have suffered misconstruing and, therefore, faulty translation. Roger Isaacs extensive research into 18 ancient languages reveals how the Bible says the Ark enabled direct communication with God.

Talking With God is an assembled jigsaw puzzle. Roger David Isaacs has taken words from many ancient languages and painstakingly matched them to their counterparts in the Hebrew of the Five Books of Moses. The result is a totally new approach to what the Hebrew words originally conveyed. In Isaacs' view, the words traditionally translated holy, sanctify, glory, sin, atone, plague, soul, testimony, cherubim, etc., have completely different meanings. When they are all assembled, the result is a startling picture that is directly related to the laws of radiation physics and chemistry as we understand them today. Isaacs' work is an exciting guide through the biblical world as it was meant to be understood ... a far cry from the standard, familiar interpretations.

An enormous, imaginative work. I think I would call it a modern midrash. And as you know, midrash can be both stimulating and far-out. --The Late Rabbi Jacob Milgrom, Biblical Scholar U. C. Berkeley Professor Emeritus of Near Eastern Studies

Roger Isaacs has written a book that is sure to arouse controversy ... but the arguments that comprise the bulk of the book have 40 years of scholarly research backing them. --Robert Wolf, Author and Executive Editor, Free River Press

TALKING WITH GOD is a powerful, overwhelming work of scholarship and dedication. Thank you not only for the book, but also for the enormous contribution you made to better understand the Bible and the Jewish tradition. We were deeply impressed further by your father's message in his own handwriting, a message which endures permanently. --Newt Minow

Roger D. Isaacs is an independent researcher, specializing in Hebrew Bible studies. His books on the subject include the following:

The Golden Ark: A Pictorial History (Publishing Institute)
A general interest story of one of the Bible's most important artifacts--the Ark of The Testimony

Isaacs' primary research site was the archives of the Oriental Institute at the University of Chicago, where he is a member of the Visiting Committee. He also conducted research at the Spertus Institute for Jewish Studies, as well as digs, museums, and libraries in many countries, including Syria, Jordan, Turkey, Egypt, Israel, and England. Isaacs worked on the linguistics aspect of the research, particularly comparisons with the Ugaritic, Assyrian, and Babylonian, with a doctoral candidate.

Roger D. Isaacs is an independent researcher, specializing in Hebrew Bible studies. His books on the subject include the following:

Talking With God: The Radioactive Ark Of The Testimony. An Etymological Study (Publishing Institute)

Isaacs’ primary research site was the archives of the Oriental Institute at the University of Chicago, where he is a member of the Visiting Committee. He also conducted research at the Spertus Institute for Jewish Studies, as well as digs, museums, and libraries in many countries, including Syria, Jordan, Turkey, Egypt, Israel, and England. Isaacs worked on the linguistics aspect of the research, particularly comparisons with the Ugaritic, Assyrian, and Babylonian, with a doctoral candidate.

Viazoy
5.0 out of 5 stars An Amazing Book and Yes, It IS Available for Kindle
Reviewed in the United States on June 30, 2012
Verified Purchase
This is a most remarkable book for the reasons given by other reviewers. Whether or not one accepts the author's unique thesis, he clearly makes a strong case that is solidly supported by his decades of etymological research and presents this evidence in a most readable manner. This is indeed fascinating -- and I would go so far as to say obligatory -- reading for anyone interested in Biblical history.
Read more
8 people found this helpful
Helpful
Report abuse

Amazon Customer
5.0 out of 5 stars G_d is so powerful that He radiates electric-like beams.
Reviewed in the United States on November 16, 2018
Verified Purchase
Suspected that this was valid theorum. Now I have a little more substantial datum.
Read more
Helpful
Report abuse

Helen Z.
5.0 out of 5 stars HELD MY ATTENTION FROM COVER TO COVER
Reviewed in the United States on April 13, 2016
Verified Purchase
This book is a scholarly work that presents an interesting theory in an easily understood manner. If you're into cosmology of any sort, it's good reading.
Read more
3 people found this helpful
Helpful
Report abuse

AntrimLassDesigns
4.0 out of 5 stars Four Stars
Reviewed in the United States on May 10, 2016
Verified Purchase
Amazing book, well researched and very thought provoking. I am glad I purchased it!
Read more
One person found this helpful
Helpful
Report abuse

Tobin B. Crenshaw
4.0 out of 5 stars A Unique Look
Reviewed in the United States on January 1, 2019
The author discusses the ark and radiation poisoning along with scriptural references to the dangers of being around the ark in the Old Testament. Certainly a different discussion of the subject, well researched.
Read more
Helpful
Report abuse
See all reviews
Back to top
Get to Know Us
Make Money with Us
Amazon Payment Products
Let Us Help You
EnglishChoose a language for shopping. United StatesChoose a country/region for shopping.
© 1996-2021, Amazon.com, Inc. or its affiliates