Talking to Humans and millions of other books are available for Amazon Kindle. Learn more 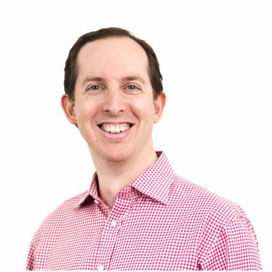 by Giff Constable (Author), Frank Rimalovski (Editor), Tom Fishburne (Illustrator) & 0 more
4.5 out of 5 stars 326 ratings
See all formats and editions
Sorry, there was a problem loading this page. Try again.

With a foreword from Steve Blank, Talking to Humans is a practical guide to the qualitative side of customer development, an indispensable skill for vetting and improving any new startup or innovation. This book will teach you how to structure and run effective customer interviews, find candidates, and turn learnings into action.
Read more
Previous page
Next page

"Getting started on your Customer Discovery journey is the most important step to becoming a successful entrepreneur and reading Talking To Humans is the smartest first step to finding and solving real problems for paying customers."
-- Andre Marquis, Executive Director, Lester Center for Entrepreneurship, University of California Berkeley

"A must read for anyone who is considering creating a startup, developing a new product or starting a new division. Read this book first - a great guide to the evolving art of customer discovery. Don't waste your time building products that your customer may or may not want."
-- John Burke, Partner, True Ventures

"Talking to Humans is the perfect complement to the existing body of work on customer development. If you are teaching entrepreneurship or running a startup accelerator, you need to make it required reading for your students and teams. I have. "
-- Steve Blank, Entrepreneur, educator and author of The Startup Owner's Manual

"If entrepreneurship 101 is talking to customers, this is the syllabus. Talking to Humans is a thoughtful guide to the customer informed product development that lies at the foundation of successful start-ups."
-- Phin Barnes, Partner, First Round Capital
Start reading Talking to Humans on your Kindle in under a minute.

Giff Constable (giffconstable.com) is a repeat entrepreneur who has sold three companies and helped build many others. In 2014, he wrote the award-winning book Talking to Humans, in partnership with Frank Rimalovski, which is now standard reading in university and accelerator programs around the world. In 2018, they followed up with the sequel Testing with Humans. He led the globally recognized innovation consulting firm Neo as CEO until its acquisition by Pivotal, and personally led major projects at the Mayo Clinic and Time Inc., among others. He has held product and business roles across multiple startups, and provided M&amp;A and IPO services to technology firms while at Broadview/Jefferies. He tries to give back to the entrepreneurial community whenever possible. He lives outside of New York City with his wife and two children.

4.5 out of 5 stars
4.5 out of 5
326 global ratings
How are ratings calculated?
To calculate the overall star rating and percentage breakdown by star, we don’t use a simple average. Instead, our system considers things like how recent a review is and if the reviewer bought the item on Amazon. It also analyzes reviews to verify trustworthiness.
Top reviews

TheWildBoy
VINE VOICE
4.0 out of 5 stars Good short book with some smart questions to ask your customers
Reviewed in the United States on December 4, 2020
Verified Purchase
You can read this book within an hour. It's short and sweet. My takeaway from this book was that you can get a lot more from your customers if you ask them to tell you a story. And then you can dissect the story and get better insights.

If you are into customer research then you will probably know most of the stuff but you can still learn something new.
Read more
One person found this helpful
Helpful
Report abuse

Jane
5.0 out of 5 stars Great explanations following up with great examples
Reviewed in the United States on August 4, 2017
Verified Purchase
Great explanations following up with great examples. I really understood the need for getting out and testing the hypothesis by talking to customers and potential customers. And this book gave good tips on how to do that.
Read more
2 people found this helpful
Helpful
Report abuse

Monica
5.0 out of 5 stars Game changer
Reviewed in the United States on November 18, 2020
Verified Purchase
Please read !!! This is the best for audience + product confirmation before you go market. I now go to
market with maximum confine and less do overs , which saves me money + time. I use this method with my biz clients as well—Game changer.
Read more
One person found this helpful
Helpful
Report abuse

McChubbs
3.0 out of 5 stars Ok book. I thought it would have more meat.
Reviewed in the United States on November 8, 2018
Verified Purchase
The book has some advice on primary market research. It discusses some ideas on ways to fund customers for interviews. It was short and underwhelming. I expected more hidden secrets that could enhance my game when "Talking to humans"
Read more
One person found this helpful
Helpful
Report abuse

R. Archer
4.0 out of 5 stars Very good, short course in early market research
Reviewed in the United States on December 17, 2016
Verified Purchase
I like the premise of this book- that startups often designs product without fully understanding the market they are aiming at. The book gives very good, step by step instructions on how to do some market research and how to get results that you can trust.
Read more
2 people found this helpful
Helpful
Report abuse

M. Santiago
5.0 out of 5 stars An actionable intro to customer development
Reviewed in the United States on November 3, 2014
Verified Purchase
You have a product idea. Now it's time to see if it solves a real problem, if customers would be willing to pay for it, to understand your market. This book will get you doing that, right away. Without fluff, the book describes how to do customer development and gives you scripts to do cold calls, interviews, etc.

Quite useful to the engineer in me that just wants to "add more features".
Read more
11 people found this helpful
Helpful
Report abuse

LaJuana W.
5.0 out of 5 stars Simple and effective
Reviewed in the United States on November 9, 2020
Verified Purchase
I’m using this book to teach customer discovery to a group of first-time entrepreneurs. It has been easy to follow and thought-provoking. I will definitely continue to use it and, next time, make it a required text for my students.
Read more
One person found this helpful
Helpful
Report abuse
See all reviews

James Clark
4.0 out of 5 stars Short, salient, helpful
Reviewed in the United Kingdom on March 3, 2017
Verified Purchase
I've never really read about this sort of stuff before, but I found this to be an easy read, with some salient points.

The ideas are presented via a story of some people starting up their own bedding company; they're trying to identify their market, find out how viable the business is, etc.etc., and important question are raised along the way about how they should go about this.

It's quite a short book - but despite this, I think that someone who has read this would likely get a much more realistic business plan than somebody who hadn't!
Read more
2 people found this helpful
Report abuse

The concepts might be very basic if you've been in the startup ecosystem for a while, but given the book is so short, it's a great book to keep in your libabry to remind yourself of these core concepte.

I do recommend this book, especially if you are just starting your entrepreneurial journey.
Read more
One person found this helpful
Report abuse

Kiyan F.
5.0 out of 5 stars Must-read for anyone thinking of launching any business that plans to disrupt or improve a particular sector/service
Reviewed in the United Kingdom on June 2, 2015
Verified Purchase
This book is a must-read for anyone who is thinking about launching a business and needs to validate certain assumptions prior to launching an MVP. It's concise, practical, with real life examples and well-written. In addition to being an entrepreneur, I'm an advisor and investor in other businesses, and get approached by many pre-product/pre-launch founders who haven't "talked to humans". I'm going to make this book required reading from them.
Read more
One person found this helpful
Report abuse

John Fennelly
5.0 out of 5 stars Excellent
Reviewed in the United Kingdom on March 21, 2020
Verified Purchase
A guide to ‘getting out of the building’. A short read. A lot learned. Looking forward to turning it into action. Thank you Giff Constable.
Read more
Report abuse

neophitus
5.0 out of 5 stars Five Stars
Reviewed in the United Kingdom on December 2, 2017
Verified Purchase
Good book!
Read more
Report abuse
See all reviews
Back to top
Get to Know Us
Make Money with Us
Amazon Payment Products
Let Us Help You
EnglishChoose a language for shopping. United StatesChoose a country/region for shopping.
© 1996-2022, Amazon.com, Inc. or its affiliates