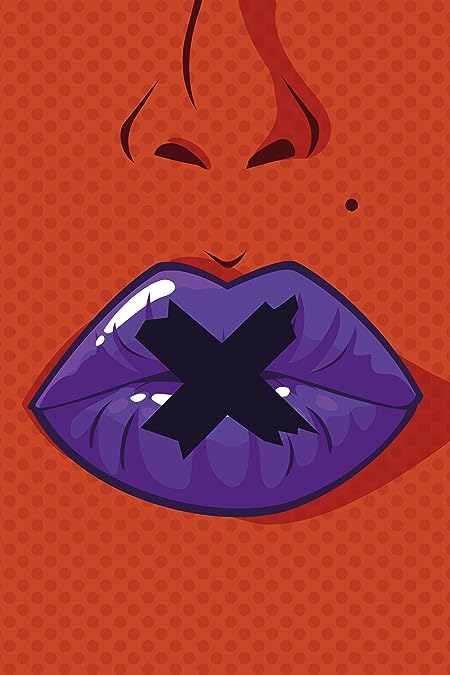 When Tallulah isn't writing smutty stories about lusty, nerdy women in futuristic, fantasy, or paranormal worlds, she falls down a lot. She is an incurable communicator, award-winning analyst, an amateur zombie buff and last but not least, an unapologetic introvert. 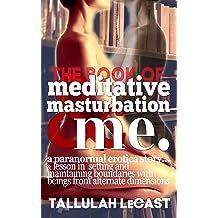 I listened to the sound of my breathing and the crackle of the fireplace. I visualized my hands tracing up and down my thighs. Fingertips following the same path. Hands drifted up to my torso and over my tits. Fingers played in the mess of curls fanning out from my head like a crown, fingers that felt foreign in my increasingly entranced state.

I led those fingers and hands down over my thighs, between my legs...
Read more 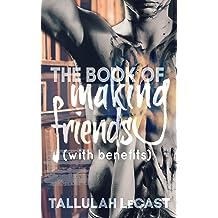 The Book of Making Friends: (with benefits) (Library Books 5) Mar 27, 2020
by Tallulah LeCast
$0.99
I closed my eyes and braced myself. Nothing in this magical and cursed hell dimension of a library was ever simple. My thoughts rushed at me, a burst of information and conflicting feelings. You cannot just make poppets, infuse them with your blood, and imbue them with your emotions in a magical repository. No, because that would be how you end up with a golem.

A very sexy living man made of clay… whom I’d brilliantly named Clay.

The less I knew, the better. I forced the complications and ethics of the scenario out of my mind.

Clay chuckled as he climbed into the shower behind me. "Thing? Should I be offended?" He ensured I was under the warm spray of the water and held up a hand to the shower spray that passed me. He turned it this direction and that, smiling as water beaded and rolled down his skin in rivulets just like it did on mine until I rolled my eyes. Fine, I was curious if he would melt in the shower. He did not.

On the contrary, I felt his flesh between us grow harder. I'd brought him into my life; I could not leave him to his own devices. 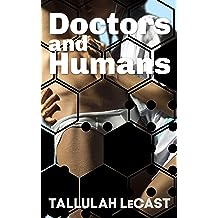 Doctors and Humans Mar 20, 2020
by Tallulah LeCast
$2.99
Three weeks and not a single living person had crossed her path. The news reports confirmed that the deadly situation wasn't just on R and D Island, everyone everywhere was dead or dying.

What started out as a viral outbreak grew to a pandemic. In the end, people threw around words like 'plague' and other biblical accusations. Call it whatever they wanted, it came, and it killed. Indiscriminately it killed.
Maybe it was just evolution.

But then, that would have meant she was gifted or special. Maybe, she was beautiful—at least according to her aunties and their preening friends. And she was smart enough to be working here.

Sana entered her assigned hallway and pushed the button to make sure all the windows darkened. She did it every time. She'd made the mistake of checking on the patients once.

Rotting corpses refusing to die because of the machines we connected them to. Sana didn't know what was worse for them, being kept alive while they died, or being deprived until one thing or another shut them down.

Her heels clipped and clopped, echoing down the hall as she pushed the morning buttons on each patient's panel. The pretend windows would adjust to display the pretend sunrise, then they'd be exposed to real light, warmth, and vitamin D.

"Hello?" a man's voice called out.
****
A young, handsome man in his mid-twenties stood there on the other side. He looked dirty and exhausted. Unlike the others, his body still held strength. His scrubs hung from broad shoulders and ropes of muscle wove throughout what was visible of his body. He smiled and waved.

She waved back and hoped she was the only one of the pair who could tell she was blushing.
He smiled wider.

Sana pressed the intercom button. "Um, no offense, but why aren't you dead?" 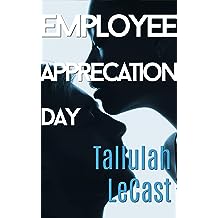 Employee Appreciation Day (Happy Holidays Book 3) Mar 4, 2020
by Tallulah LeCast
$0.99
Wayn is not the best boss in the universe, but Yve is the best assistant in the universe.

Wayn plans an elaborate Employee Appreciation Day surprise for Yve to show her how important she is to him. A surprise that offers him more insights into her deepest desires than he could have ever imagined.

Yve, get ready to meet the commander of your dreams.
Read more 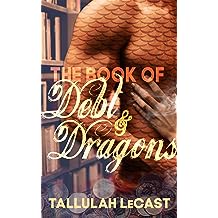 The Book of Debt & Dragons (Library Books 3) Mar 2, 2020
by Tallulah LeCast
$0.99
I was so hungry that I was willing to steal from a dragon to get some change for the vending machine.
Lucky for me, the dragon had unconventional ideas about crime and punishment. The kind of ideas that required long, hard, and hands-on lessons about paying debts.
Read more 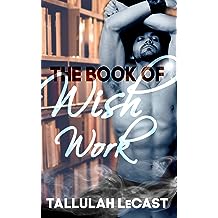 The magical library has demands and deadlines and it has made the librarian more than aware that she is behind with her work.

Minding her own business with an illustrated copy of the Kama Sutra, the librarian took a break to spend some quality time with herself and her hands—without her panties. Idle hands are the devil’s tools. Careless hands lead to a puff of smoke and a seriously sexy genie standing before her offering to show her how to put a wish to work.

Djinn, or Genies, take pride in the work that they do, and Jalil is no exception.

Jalil was more than a little surprised to interrupt the sexy, overworked, unsatisfied librarian while she worked herself rather than the overflowing piles of books on her desk. And she thought she could simply dismiss Jalil and force him to leave his job undone like hers. A job that she clearly needed him to do more than she even knew.

Can Jalil convince her to allow him to do his wicked work and grant her body’s every wish? The Presidents Day Museum (Happy Holidays Book 2) Feb 16, 2020
by Tallulah LeCast
$0.99
When she inherits a magical museum and creates the museum of the presidential history of her dreams... and she stocks it very lifelike sex robots. Alone the night before Presidents Day, Jill takes a tour of her museum and history comes to life and teaches Jill a long, hard, sexy lesson.
Read more 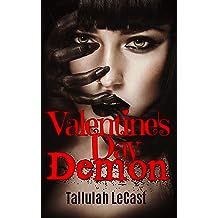 Valentine's Day Demon (Happy Holidays Book 1) Feb 7, 2020
by Tallulah LeCast
$0.99
Valentine's Day is a time for couples to connect and show their affection...

This Valentine's Day, Nia put herself first and started a new relationship with a powerful, sensual demon who knows how to make a woman feel wanted... and overwhelmed with pleasure.
Read more 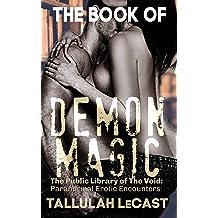 As a librarian in an endless, timeless void, she has a job to do and little motivation to do it.

A quick spell to discover if the if a book of magic is practical or theoretical results in the all too real Sex Demon summoned before her and a renewed sense of commitment to her work… Well, maybe not her work but definitely to the new task at hand.

Demons have duties just like anyone else, and he was due to take part in a brutal and barbaric ritual.

Then he was summoned, bloodied and broken, to the bedroom of a beautiful, bookish woman. A woman he wants to keep distracted from her work and focused on him for as long as possible. Lucky for him, she is a generous host and the healing he needs requires a woman's touch.

Can he convince her to spend enough of her time with him to nurse him back to health?

Will she find the magic she needs to put in the work needed to tame the beast?