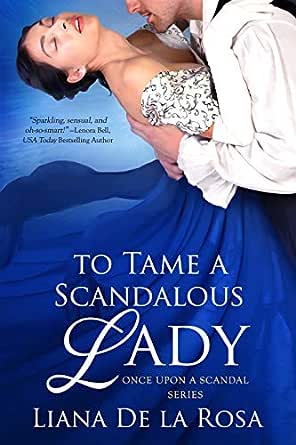 You've subscribed to Once Upon A Scandal! We will preorder your items within 24 hours of when they become available. When new books are released, we'll charge your default payment method for the lowest price available during the pre-order period.
Update your device or payment method, cancel individual pre-orders or your subscription at
Your Memberships & Subscriptions 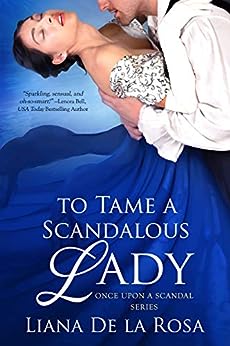 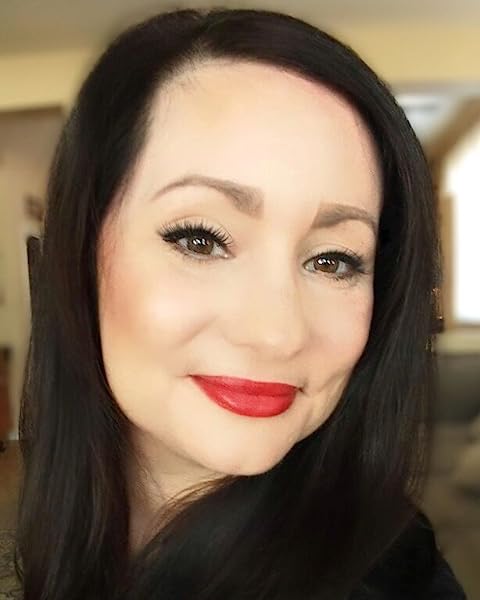 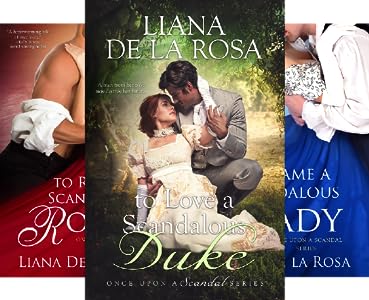 4.5 out of 5 stars
4.5 out of 5
48 global ratings
How are ratings calculated?
To calculate the overall star rating and percentage breakdown by star, we don’t use a simple average. Instead, our system considers things like how recent a review is and if the reviewer bought the item on Amazon. It also analyzes reviews to verify trustworthiness.

Élodie Nicoli
TOP 1000 REVIEWER
4.0 out of 5 stars Is flaunting society’s worth risking everything
Reviewed in the United States on October 21, 2019
Verified Purchase
Can a woman risk everything to aim her lifelong goal...

Flora is an awesome woman, she is strong and resilient, able to adapt to many situations, at time I loved her but also disliked her.
She knows what she does around horses and has every right to be angry at Christian when learning she was a woman he tries to clip her wings. But she is also wrong, she put her reputation at stake, and not only hers, so she had no right to reject so harshly Christian, even if they would have had a lot to adjust between them.
I loved her independence and will to forge her own path, by refusing society’s dictats but it is not the XIX st century, she lives during a period where women were mere possession, so she was already lucky to be granted the freedom she has. She acts quite thoughtlessly and when discovered runs away like a coward, letting the others clean the mess behind.
Christian is far from flawless, even very imperfect. But during their time together, he does a lot of growing up.
He had a upbringing of a heir of a Marquess, so sure he has his expectations and haughty confidence, but when shown the right path, he is willing to change even if it means swallowing his pride.
He tried even to curb is own protective behavior to allow Flora to continue her dream.
And by the end, what he did for her is just an awesome proof of how much he changed and the depth of his feelings.

I have one big reservation, Flora does not arrive in Christian’s bed as a Virgin, it doesn’t in itself bother me, but it is the reason that didn’t sit well with the era, she has been intimate with other men because she wanted to be free and act like a man, not because she has been in love, which it is simply dangerous and foolish. She might be a bit fickle to not see how acutely inane it is, first she is a duke’s daughter so the disgrace would be enormous, second risking a pregnancy is rather reckless, close to stupid for this time period. The society was unforgivable for fallen women, so jeopardize her future and those sharing her name because she wants to be equal to men, was bold but foolhardy due to the possible consequences. As at any moment protection against pregnancy was discussed.
I like my heroines strong and ready to fight society’s conventions but not by taking inconsiderate and priceless risks.

In all, I rooted for their romance, both have their failing, and seing them evolve from boss-employee to friends then lovers was entertaining. Their relationship is one of mutual trust, until Flora by her silence betrayed it and jeopardized it. I do think a bit of groveling on her side would have been nice, because Christian was the one wronged, and still he apologized, for being a man of his time under duress, with the biggest gesture possible.
4 stars

I was granted an advance copy through Netgalley by the publisher Entangled, I also preordered my own.
Here is my true and unbiased opinion.
Read more
5 people found this helpful
Helpful
Comment Report abuse

Kindle Customer
5.0 out of 5 stars Definitely my favorite of the series
Reviewed in the United States on October 15, 2020
Verified Purchase
This book was delightful. I took a little bit to warm up to Flora and appreciate her single-mindedness, but I quickly grew to love her and her devotion to horses. I also appreciate that she quickly called out Christian each time he had a knee-jerk reaction to something - like a worthy hero, he realized his error and came around pretty quickly. I particularly enjoyed his grand gesture.

I had a great time reading this book. I loved how integral the trainer Mr Mubarak and Asad the racehorse and the whole horse plot were, they're absolutely essential to the romance. And how much Flora and Christian admired each other for their innate talents but also care for the horses. This was a really enjoyable read and by far my favorite of the series.

A few notes on some sadder things in the book - there are two off page deaths mentioned, both tragic, and there is an on page animal death that made me cry, so just watch out
Read more
Helpful
Comment Report abuse

Lisa Lin
5.0 out of 5 stars A Long Awaited Treat
Reviewed in the United States on November 1, 2019
Verified Purchase
I have been dying to read Flora's book ever since I "met" her when I read To Love a Scandalous Duke back in 2015. Strong willed sharp tongued tough heroines are my kryptonite. I always felt Flora needed a strong enough hero to go toe to toe with her so she wouldn't just steamroll him, and Liana definitely delivered in Christian. But I love that Flora is a fully developed character, with flaws and downfalls. I thought Liana portrayed her perfectly, and made Flora come face to face with the consequences of her decisions, and making Flora realize that following one's heart is all well and good, and not conforming to society's dictates is admirable, but there is fallout and collateral damage. I felt it was very realistic in that regard. Christian and Flora's story is intense, romantic, and passionate, all hallmarks of a Liana De la Rosa book. And I can't wait for the next book!
Read more
One person found this helpful
Helpful
Comment Report abuse

LD
5.0 out of 5 stars Loved it!
Reviewed in the United States on June 4, 2020
Verified Purchase
Excellent writing, plus I'm a sucker for Victorian ladies masquerading as boys. Throw in horses, and you have a fantastic book!
Read more
Helpful
Comment Report abuse

Patricia Sellazzo
5.0 out of 5 stars Happy ending
Reviewed in the United States on July 12, 2020
Verified Purchase
Loved her desire to live her own life rfegardless of the "ton" and society of the day.
Read more
Helpful
Comment Report abuse

Schadelady
5.0 out of 5 stars Loved this book!
Reviewed in the United States on December 2, 2019
Verified Purchase
I throughly enjoyed Liana de la Rosa’s third book in her Scandal Series! Flora and Christian’s story is unique and has the perfect combination of suspense, adventure and romance! I highly recommend all three books in The Scandal Series!
Read more
Helpful
Comment Report abuse

Amazon Customer
5.0 out of 5 stars Winning and unconventional heroine!
Reviewed in the United States on February 24, 2020
Verified Purchase
This book is fantastically written! The story is exciting and swoon-worthy, with an incredibly likable and unconventional heroine. My favorite book in the Scandal series thus far!
Read more
Helpful
Comment Report abuse
See all reviews