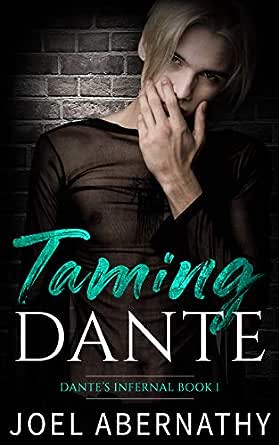 You've subscribed to Dante's Infernal! We will preorder your items within 24 hours of when they become available. When new books are released, we'll charge your default payment method for the lowest price available during the pre-order period.
Update your device or payment method, cancel individual pre-orders or your subscription at
Your Memberships & Subscriptions
There was an error. We were unable to process your subscription due to an error. Please refresh and try again. 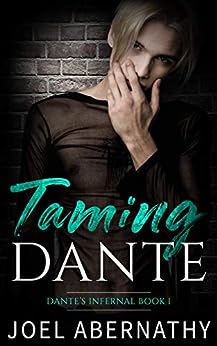 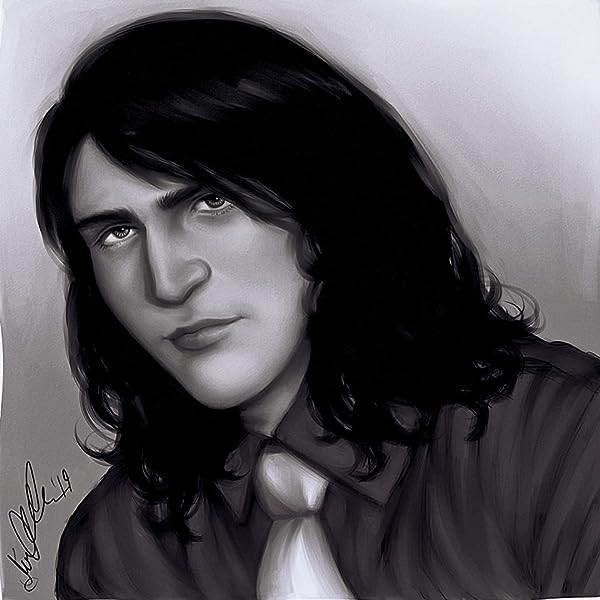 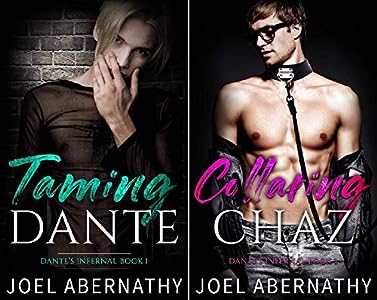 4.5 out of 5 stars
4.5 out of 5
135 global ratings
How are ratings calculated?
To calculate the overall star rating and percentage breakdown by star, we don’t use a simple average. Instead, our system considers things like how recent a review is and if the reviewer bought the item on Amazon. It also analyzes reviews to verify trustworthiness.
Top reviews

Kindle Customer
5.0 out of 5 stars Daddy's little boy
Reviewed in the United States on November 19, 2020
Verified Purchase
Such a good story. The author took his bad boy little and gave him to the perfect Daddy. Dante's life was a total mess, but Cash put him back together. Now I am ready for the next book in the series.
Read more
Helpful
Comment Report abuse

Amazon Customer
5.0 out of 5 stars Great
Reviewed in the United States on October 30, 2020
Verified Purchase
Loved the story was well written probably will read it again soon. I can’t wait to read more stories by this author
Read more
Helpful
Comment Report abuse

Gerbera_Reads
TOP 500 REVIEWERVINE VOICE
5.0 out of 5 stars Enjoyed this story very much!
Reviewed in the United States on September 29, 2020
This is my first time reading Joel Abernathy's work. From the first pages I could tell that I would like the story. Engaging writing style, emotional intensity and well written characters supported by a simple yet well paced plot made this book so good for me. Dante was so unlikable in the beginning, but I knew there was more to him than just his self destructive behavior and good looks sprinkled with glimpses of brilliance hiding behind haze of addiction. Cash was not a typical alpha male but a combination of stern authority figure and marshmallow center full of responsibility and weakness for vulnerable shy men.

The Daddy/Boy aspect of their relationship came about in an unconventional unexpected way but was seamlessly incorporated into the story. The relationship was organic and well written. I loved how they went from fighting like cats and dogs to sweet affection and passion. I loved their insecure and vulnerable moments, how they supported each other.

Other characters added the level of at times intensity and at other times hilarity. The stalker situation was good, I liked how the author presented the problem. My only regret at the end was that it was largely glossed over and the why and who the stalker was was never explained. I was a bit miffed. I liked how both men were in the end - content and settled with a promise of a happy future, broken fences on the mend and in good health. Most enjoyable angsty AF story of self discovery and finding love in the world of glitz and rock-n-roll. I can't wait to see what the author has in store for Dante's Infernal next. Copy received for my honest and unbiased review.

P.S. This was enemies to lovers, somewhat close proximity, Daddy/boy romance. It heavily featured addictions, the detox and initial fight to stay clean. Every author apart from facts gives their own spin, and I think the author did it justice.

Obsidian88
4.0 out of 5 stars 4.5 stars for Daddy and the Brat!! :p
Reviewed in the United States on September 29, 2020
Dante Jung is the lead singer of a popular band. He is a spoiled, attention seeking, tantrum throwing, brat. He uses people, drugs, and money like toilet paper. He trashes hotel rooms, studios, etc. when he doesn’t get his way. Clearly, he is out of control.
Cash is a retired drill sergeant. He currently works as a drummer for a lesser known band. He receives a call from Dante’s manager asking for him to fill in for yet another drummer that Dante has scared off. But he also wants Cash to use his drill sergeant past to help keep Dante in line.
When Cash meets Dante, Dante pushes all his buttons to get a rise out of Cash. Cash just sees the kid who has never had a parental figure or been able to be a kid.
Suddenly it is just Cash and Dante in an apartment for one month. Cash has one month to clean Dante up and make him into a functioning adult. Dante mentions Cash being “Daddy” to make Cash uncomfortable or push him away, but Cash is into it. Dante must listen to Daddy for the next month or receive his punishments.
This book was really good. Dante was such a brat in the beginning, snorting whatever he could and just acting out horribly. I love that Cash saw Dante for who he was and how he needed to be a kid at times. The stalker part of the book was a good suspense added to the story. The Daddy kink was light. Good storyline.
Read more
2 people found this helpful
Helpful
Comment Report abuse

Bookworm
5.0 out of 5 stars Huge Abernathy fan - and this may be my favorite yet!
Reviewed in the United States on September 28, 2020
Be aware - mention of self harm, on page drug use & promiscuity, along with mild Daddy/boy kink. If any if this is a trigger be forewarned.

Dante's overwhelmed by his demons (so many demons) and desperately looks for ways to deal- none of them healthy.
Cash is a solid, caring, and protective man with more skills than meet the eye.
Their attraction is immediate...and THEN the fun begins!

Such a well written book. There are few/no grammar or editing issues. The characters are full of life and easy with which to engage. I loved not only D & C, but whole band and can't wait for book two! Plenty of passion & chemistry - this IS an Abernathy, after all, lol.

Jennifer B. Raynes
3.0 out of 5 stars The bad Boy of Rock meets Military Badass
Reviewed in the United States on October 7, 2020
This was my first read by Joel Abernathy & it was a great read. There is on pages acts of drug use but nothing really hardcore in my opinion. Dante is the lead singer for a rock band almost at the end of a downward spiral near death from drugs, alcohol. His manager decides to hire a “drummer”/bodyguard to make sure Dante continues to perform since that’s all he cares about. Enter Cash, a former military man who plays drums for a small time band but gets hired to replace a drummer that quit Dante’s Infernal- a mega watt band. He’s also tasked with the responsibility of not only playing drums but keeping watch over Dante. Unbeknownst to Dante, he has a stalker that is getting closer by the day. When Cash decides after a week or 2 to basically take Dante away & help him get clean since no one else seems to care things take a turn. Moved kind of quickly from there. Within days of Dante going through withdrawal locked away with Cash/ they end up getting into a daddy/little relationship. This is the story of a broken down young rock star & the man hired to protect him who falls in love with each other. Very nice steamy scenes (although for people who don’t prefer a lot sex it’s good) Cash is able to put Dante back together & Dante learns to trust someone & actually fall in love. Nice plot which revolves around Dante’s stalker, Cash & Dante’s relationship, & the band dynamics. Def rec this book. HEA with enough suspense to keep it very entertaining.
Read more
One person found this helpful
Helpful
Comment Report abuse
See all reviews