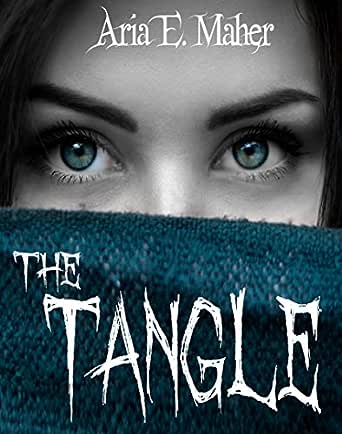 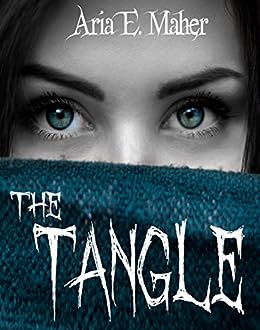 Melanie Thurlow
4.0 out of 5 stars This is a young adult book that you won't be able to put down!
Reviewed in the United States on June 11, 2018
Verified Purchase
I can’t say enough about this book. Quick recap on what it’s about.

The Tangle is a young adult novel. I personally would classify it as a horror, as well.

From the back cover we learn that the character, River, is going to be kidnapped and imprisoned in a home belonging to an odd man named Uncle. River is set on escaping, however, there are mysterious creatures that roam the halls and other factors that make escape impossible.

So, when this book began I was a little like “What is going on? This is super creepy.” Like I said, River is imprisoned and is trying to escape. And I, obviously, am rooting for her every step of the way and also shaking in my boots because, not only does she face failed attempts, but also because of the odd ways that her attempts fail.

The creatures mentioned in the description of the book are not explicitly explained. Well, their forms are, but not WHAT they are. This lends an unnerving suspense to the book, because you don’t know what’s out there, what’s waiting, what’s chasing River.

I’m not going to lie, for a fair portion of the story I was worried that I would never know what truly happened. I was concerned that what/who the creatures were would not be explained. But they are, and at just the right moment when things have been building up.

There were some things about the book that I found unrealistic while I read it. However, like I said, they are eventually explained and then it makes sense why they seem unrealistic. For instance, how such young kids can do seemingly impossible things—like survive falling from a very high roof, or the amount of blows to the head they survive in just a short period of time.

Overall, I think this was a good book. I think it makes for a good suspense and horror. It is a young adult novel, so it is a quick and easy read. It comes in at just over 160 pages, and those pages are packed with action. And it’s just one of those books that you can’t put down. I read this in just a few short hours—I had to take a break in there because I was attacked by a bird while reading a particularly frightening scene and I needed a moment to collect myself. But yeah, I devoured this book. Like I said, there is just so much action packed into such a small book that you just have to know what happens next.

So, the book starts out told from the 3rd person perspective of River, and it continues that way for a while, until it adds Sam, another hostage with the desire to escape, which adds a ton of dimension to the story. Between River and Sam’s perspectives we get a really rounded out view of what is happening in the house—a newbie’s perspective versus a veteran’s. However, towards the end we also get into the mind’s of Reginald—the doctor—and Uncle, and even a handful of other characters briefly. Now, I don’t usually like books that go back and forth between so many POVs. I love two. Three can work. But I’ve never read a book that switches between so many POVs successfully. Maher definitely did make it work. I think part of what made it successful was that the switches in POV were obvious—each marked with a new section spacer. Also, she used the POVs to develop the story, making them necessary. Had we only received River’s, or River and Sam’s, accounts of what was going on in the house, we would have lost a lot.

Something else I liked about the book is the mind games it plays on you. This we get from switching back and forth between the POVs. This book started to make me question reality practically. I had about ten conspiracies running through my head about what was really going on. Let me tell you now, none of my guesses were correct.

I’d say the characters are not really developed in the traditional sense—we do not learn their background, who they were before they were imprisoned. But we do learn of who they are within their imprisonment. We learn their personalities and they stick to them. The characters each act within the parameters of what I had learned to expect from them. I think that’s pretty amazing. You know, in 163 pages I didn’t learn about WHO these characters are in real life, but I learned exactly how they would act and I feel like I came to know them on an even more personal level. I don’t need to know what their childhood was like or what their favorite anything is. I got to know them by their actions. And I think that is how you really come to understand a person—or a character.

Why I’m not giving it 5 stars is merely because sometimes I felt the pace was a little fast—there was just constant movement it seemed like, despite multiple injuries in a short period of time which seems like should have slowed the characters down. That and I felt like the house’s layout wasn’t really described as well as I would have liked. I know that River is new to her “prison” and doesn’t know the layout, but Sam does and yet throughout the entire book I really didn’t get a feel for it. It just seemed like there was always a new staircase, a new hallway, a new secret passage. Also, there seemed to be a lot of empty spaces in the walls and floors which also seemed unrealistic.

Basically, I’d just like it to be a little bit longer to be able to include more of that. But I mean those are pretty minor in the grand scheme of things which is why I do think that this book is worthy of the 4 stars I’ve awarded it. The plot moves along, the characters are developed, it is suspenseful and satisfying. I really enjoyed it, and I think it is just a nice little story to get your heart pumping.
Read more
Helpful
Report abuse

Kyle Shultz
4.0 out of 5 stars Scares done right
Reviewed in the United States on January 27, 2018
An enthralling, and very dark tale of a young woman pursued through a macabre old house by a ruthless and otherworldly threat. There isn’t much hand-holding here–many details about the bizarre events and paranormal forces at work are kept ambiguous, but that actually works well with this kind of story. It’s essentially a horror novel, and that genre isn’t always my cup of tea, but despite the darker elements I wouldn’t describe this one as “depressing” overall. That’s usually what makes me dislike horror, and I was happy to find that it wasn’t the case here. The scares of the book leave their mark on the characters, but there’s a sense of justice to how it all plays out. Also, the scenes of violence and creepiness don’t feel gratuitous, and Aria E. Maher’s plotting and characterization are intelligent and believable. Recommended for those seeking a read that doesn’t sacrifice smarts and quality for the sake of scares.
Read more
Helpful
Report abuse

Amazon Customer
3.0 out of 5 stars The author kindly sent me a copy of her book for a honest review.
Reviewed in the United States on November 5, 2017
The author kindly sent me a copy of her book for a honest review. This book is a really short read but it is so much fun because it is creepy. I am giving this book 3 stars because I felt like the story didn’t explain fully about the “house”, the “Uncle” or any of the supernatural elements. The book could have been longer because the story needs more of explanation and character development.
I loved reading and it was scary at some points but I am easily scared so I am not sure how scary it is for you people who read and love horror but still it is pretty creepy.
This is pretty random and this didn’t affect the rating I gave the book but the cover doesn’t reflect the story in my opinion. I think an old house on the cover would have made the cover more interesting and give more of a hint to what the story is about.
Overall, the book is entertaining and a fast read BUT I can’t overlook the issues that some things aren’t explained well enough. Maybe…the author thought leaving some of the more weird/creepy elements up to the reader would make the story a bit more eerie but I still feel like there is not enough facts for the reader to even draw their own conclusions.
Thanks to the author for sending me a copy and if you decide to pick this up please let me know in the comments!
Read more
Helpful
Report abuse
See all reviews
Back to top
Get to Know Us
Make Money with Us
Amazon Payment Products
Let Us Help You
EnglishChoose a language for shopping. United StatesChoose a country/region for shopping.
© 1996-2021, Amazon.com, Inc. or its affiliates