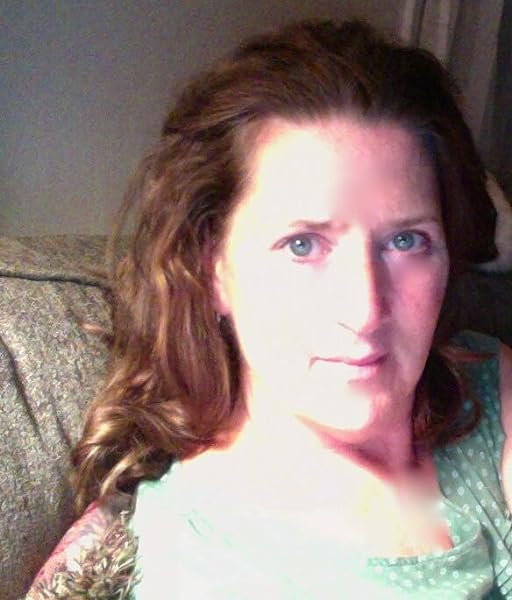 by Kathryn Reiss (Author), Jean Paul Tibbles (Illustrator)
4.6 out of 5 stars 51 ratings
See all formats and editions
Sorry, there was a problem loading this page. Try again.

Julie really likes the new girl in her class, Carla Warner. Still, there's something odd about her. The things Carla says don't quite add up, and she seems to avoid answering certain questions. At first Julie is sure there's a sensible explanation, but as Carla's stories become more outlandish, Julia can't escape a disturbing fact: either her new friend is lying--or she's in real danger.
Read more
Previous page
Next page

I was born in Massachusetts, grew up in Ohio, and received B.A. degrees in English and German from Duke University, and an M.F.A. in Creative Writing from the University of Michigan. After college, I lived in Bonn, Germany as a Fulbright Scholar, and during this time wrote the first draft of my first novel, TIME WINDOWS. Getting it published was a dream come true for me, and I am so honored that it's still in print more than twenty years later, has won awards, and had some interest from movie producers (but no film in the works yet...).

My husband and I live in Northern California, in a rambling mid-19th century house with an unruly garden. We have seven children, as well as a new daughter-in-law, plus assorted pets: dogs, cats, fish. When not at home with my family or working on a new book, I teach Creative Writing at Mills College, where I am a Professor of English.

Makena Fernandez
4.0 out of 5 stars Great Read!
Reviewed in the United States 🇺🇸 on January 19, 2015
Verified Purchase
This book was a good one!
Parts were awesome and sometimes I felt like I wanted to jump into the story and be Julie!
I wouldn't say it was exactly a mystery but it was a fun book!

Jete'
4.0 out of 5 stars My daughter liked it
Reviewed in the United States 🇺🇸 on June 4, 2009
Verified Purchase
My "Julie" fan liked the book a lot. She couldn't put it down while reading, but after she finished it said the author didn't quite tie up all the mysterous loose ends.... an 8-years old's critique. I was thrilled that she was so intrigued that she was begging to read.
Read more
4 people found this helpful
Helpful
Report abuse

KH
5.0 out of 5 stars Great mystery
Reviewed in the United States 🇺🇸 on October 13, 2013
Verified Purchase
Amazing book it had a lot of suspense. One of my favorite American girl mysteries. I couldn't put it down. I recommend it.
Read more
One person found this helpful
Helpful
Report abuse

Keri
VINE VOICE
4.0 out of 5 stars Obvious plot, but enjoyable book
Reviewed in the United States 🇺🇸 on February 22, 2009
I picked up and read this book primarily for two reasons. One: I collect the American Girls series, especially the new mysteries. Two: I love the old school series mysteries (Nancy Drew, Dana Girls, Bobbsey Twins, &c) and the American Girl Mysteries follow that tradition rather nicely.

Prior to reading The Tangled Web, I had only read the first book in the Julie series, and was only vaguely familiar with the events occurring later. Luckily, knowledge of the series is not required to enjoy this book. It takes place a week or two before Thanksgiving and a month (maybe two months) after the events in Changes for Julie, so any major plot bits from the main series have been tied up and are only referred to as necessary in The Tangled Web.

What this book doesn't explain, is whether or not Julie is a credulous, almost naive character in the primary series. She is definitely gullible in The Tangled Web - in fact, it's almost impossible to give any description of the basic plot or mystery without giving away the game, because it's so obvious early on. Of course, the older reader does have the book's title to help out, too. Kids might not be aware of the Sir Walter Scott quote that ends "when we practice to deceive," though, so the author helpfully put it at the end of the book.

So the mystery plot begins with a girl named Carla who is new to school and who right away tells some pretty fantastic stories that anyone except Julie (apparently) would right away recognize as fabrications. For example, when she tells Julie, TJ, and Joy that her brothers go to a school named Maxwell Academy, she is looking out the window of the cafeteria and pauses before saying the name of the school. Immediately, the three friends note the coincidence that they can all see a Maxwell Coffee House sign right out that same window.

Carla continues to make up stories and Julie continues to be suckered in until suddenly, she is faced with the truth that Carla is lying, and then the mystery of Carla's true identity surfaces. Meanwhile, the Albright family is preparing for Thanksgiving with some of the disabled men from the Veteran's Society, but older sister Tracy fears these vets because of their disabilities. This introduces a theme of disabled rights and the work that people did for them in the 1970s.

I can't say that I hated this book, because I didn't. It was a fun read and pretty much exactly what I expected from something in the series mystery tradition. I was frustrated with how Julie was so incredibly stupid sometimes, but I accept that this book is being didactic in that respect, and that it's both a decent mystery and lesson for the target age group. (Actually, I wonder that 9-11 year olds might think that the mystery's solution is too obvious, too, and that the actual goal is for a sense of satisfaction at having figured out the mystery before or at the same time as the protagonist.)
Read more
7 people found this helpful
Helpful
Report abuse

Matt Sanders
4.0 out of 5 stars Good Read but Kind-of Predictable
Reviewed in the United States 🇺🇸 on March 15, 2015
this is a good short mystery to read and you won't get to caugtht up in it. I liked this book because it had a good but predictable plot.
Read more
One person found this helpful
Helpful
Report abuse

Donnell Rubay
5.0 out of 5 stars Fun Read
Reviewed in the United States 🇺🇸 on April 24, 2009
I much enjoyed this book. Julie is a refreshing, blood and flesh, character with whom it is fun to walk (or ride, with sister Tracy driving) the foggy hills of San Francisco. I found Julie's innocence endearing (perhaps because I often trust friends longer than others might.) I also liked seeing the Vietnam vets--who, unfortunately, are yet to appear much in stories for young people.

Actually, I'd like to see many of the new characters in this book, again--yet that may not happen because, so far, the American Girl mysteries have referred back to the basic six books, but only minimally to each other.
Read more
6 people found this helpful
Helpful
Report abuse
See all reviews