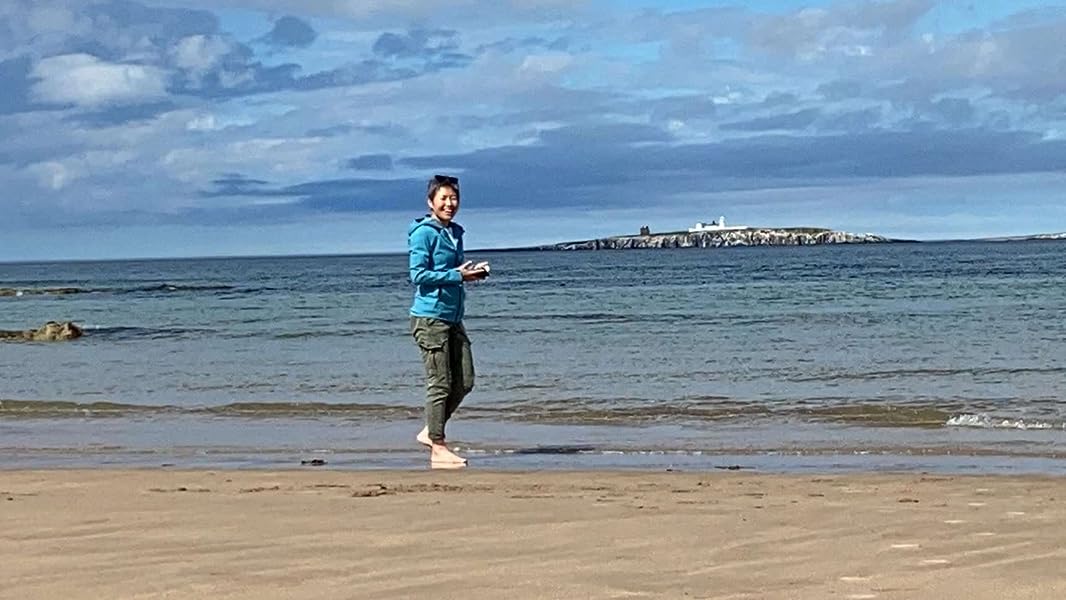 Start reading Tao Te Ching on your Kindle in under a minute.

4.4 out of 5 stars
4.4 out of 5
1,335 global ratings
How are ratings calculated?
To calculate the overall star rating and percentage breakdown by star, we don’t use a simple average. Instead, our system considers things like how recent a review is and if the reviewer bought the item on Amazon. It also analyzes reviews to verify trustworthiness.

HipKitty1
2.0 out of 5 stars Very messy book
Reviewed in the United States on March 26, 2018
Verified Purchase
This book is very confusing to read because of the way its been printed. There's no uniformity; Instead of having one verse per page and then a commentary section, there's several verses on one page with different types and sizes of font throughout so visually it looks very cluttered and crammed together and it's not enjoyable to read. It looks like a cheap, self-publishing project gone wrong. It's such an important text, it's disappointing that they didn't take more care to make it more readable.
Read more

Rain
1.0 out of 5 stars Disrespectful tendencious translation... A true blasphemy.
Reviewed in the United States on November 25, 2018
Verified Purchase
The translator completely disfigures the text and its meaning to accommodate Christian views and concepts. The Tao te Ching does NOT refer to "God" or the "Eternal Word" or the "Lord of Heaven" and yet this book is littered with that Christian filth. This is not a translation - it is a re-interpretation. This is misrepresentation - it should be labeled a A Very Christian Reading of the Tao Te Ching. Revolting.
Read more
36 people found this helpful
Helpful
Comment Report abuse

Danny C, Garland
1.0 out of 5 stars This book attempts to Christianize Taoism. Find ANY other book on the Tao but this one.
Reviewed in the United States on November 24, 2017
Verified Purchase
This is a horrible bastardization of the Tao Te Ching. It's written primarily as an attempt to support Christianity by using selected quotes from Taoism. Even when some of the text may overlap, the author uses a complete and fundamental "Westernization" of what is being said. For example, he attempts to argue that Taoism and Christianity both reject the Material as unclean in favor of "Spirit". That's exactly the opposite of what Taoism teaches, which is the acceptance of the Material and the Spirit equally. About 1/4 of the quotes in the book are from Christian Teachers.
Find ANY other book about Taoism but this one.

Pretend PersonTop Contributor: Philosophy
5.0 out of 5 stars That Which can be Said is not The Real Tao
Reviewed in the United States on July 2, 2017
Verified Purchase
The full identity of the historical figure known as Lao-tzu (6th Century BCE) whose writings have been looked upon as the basis for Taoism is unknown. This text, rendered in the traditional Chinese form of meaning laden compressed aphorisms is delightful to read. The paradoxes force us to consider several different sides of any given issue. The poetic text is rife with ambiguity, inference and hidden meanings. Acknowledging paradox is the only way of pushing philosophical and scientific problems nearer solution. Acknowledging paradox is intellectual sincerity. We need to assimilate Eastern notions of identity, paradox, and mystery (if I can use a bad word) into our Western magisterium of science.

The traditional interpretation of this text is that it was written as a guide for the enlightened and wise ruler and in this, it invites comparison to Machiavelli but such a comparison is beyond the scope of this review. In any case, Lao-tzu does not recommend a specific form of government or path to good government, but he does advocate a specific outcome which is concern for human well-being under any ruler or form of government. The government, however constituted, should be an expression of wisdom and enlightenment. Wisdom here is the exercise of judicious discretion on the part of the ruler so as not to disrupt the natural order of society. If there is any path to good government identified by Lao-tzu, it is that of good behavior. As in Verse 17, “When the Master governs, the people are hardly aware that he exists.” Or, as stated in verse 57 “If you want to be a great leader, you must learn to follow the Tao. “Stop trying to control. Let go of fixed plans and concepts and the world will govern itself.” I have had to learn this firsthand in my experience with what I like to call the tyranny of goals and treachery of plans. Lao-tzu, in speaking about the Master in Verse 30, also says that “He understands that the universe is forever out of control…” and in Verse 3 he speaks of “… emptying people’s minds…” (eliminating the tyranny of goals?) and “…weakening their ambition…” (avoiding the treachery of plans?). This much at least must seem odd to a western perspective. I believe the Tao is defined in Verse 67 as “…simplicity, patience and compassion.” Which should seem odd to no civilized person.

What Lao-tzu advocates as good for the individual, is also the basis of good government, the antithesis of accumulating wealth and power. Such things are just dead weight upon the ‘soul’. This means to me that ethics comes necessary before politics. Thus, Lao-tzu’s political philosophy minimizes the power of the ruler or the state, but he should not be mistaken for a classic liberal or a modern libertarian in the western sense. Instead, Lao-tzu speaks about the Master acting by not doing anything and teaching without speaking. His is a combined philosophy of ethics and governance stressing the oneness and the all-relatedness of all reality leading to spiritual peace and inner fulfillment. It is not my desire to westernize Lao-tzu, but It is difficult to resist comparisons to western models in reading Lao-tzu. I am reminded of the oneness of Neoplatonism or the pantheism of Spinoza. And, I also think Lao-tzu would agree with Epictetus in that “wealth consists not in having great possessions, but in having few wants.”

Ironically Lao-tzu was writing prior to the time of the first ‘modern’ bureaucratic government in China, and in the world, the short-lived but highly authoritarian state of the Qin Dynasty.

What's in a name?
1.0 out of 5 stars Translation or content is rubbish
Reviewed in the United States on October 2, 2020
Verified Purchase
Other reviews lead me to believe this translation is rubbish. Either that or the book is a bunch of nonsensical garbage. I got nothing out of this.

Update: I got another translation. The new translation is good. This one is garbage. I'm sorry to say this, but anyone giving this book five stars don't know what they're reading, and are not paying attention. I recommend "How to read a book" by Mortimer J. Adler.

Here's ONE example (too lazy to do more):

James translation (this one):
"9. It is better to leave a vessel unfilled than attempt to carry it when it is full."

vs.
Derek Lin translation
“9. Holding a cup and overfilling it Cannot be as good as stopping short”

Discussion.
Let's take the first translation. Stop and think. Let's talk about a woman going to the market to buy milk. She fills her vessel so that it is full. If she walks carefully, there will be no spillage, and she will have milk for her house. How is it better not to have milk at all?

For the second translation, the milk is finite, and it's a precious commodity. Wasting things is never a good thing. It ends up in loss. Putting the milk on the ground is worse than stopping a bit short.

There were many examples like this in the book where this translation makes zero sense. It's a joke.
Read more
One person found this helpful
Helpful
Comment Report abuse
See all reviews

Ayush Kumar Singh
1.0 out of 5 stars m sorry but...
Reviewed in India on February 18, 2019
Verified Purchase
this book is not for everyone .. it may be very good for some people but this book is not written with the idea of reading .. especially considering common man .. you'll immediately return it after buying ..

the book is written in sentences .. no. 1 ,, no. 2 then 3 and goes on .. i mean have you even seen any book in this kind .. i firstly thought that whole book will be having quotes that's why numbers are there .. but those were not quotes and everything was connected to lao ..

i have read thousands of books till this date but still i was unable to understand it .. may be that book is not my cup of tea ..
Read more
30 people found this helpful
Report abuse

Miss SJA
5.0 out of 5 stars Life-changing book
Reviewed in the United Kingdom on June 5, 2017
Verified Purchase
I feel so lucky to have come across this book - it's been life changing already, in that I keep returning to it and getting something different every time I read it - inspiration, comfort, new ideas about death. And I suspect there is more to come. I always want a copy of it at my side whenever I need some food for thought, or reassurance, or something positive to focus on. It complements my shiatsu study (as shiatsu is based on taoism) but I would have appreciated this as a must-read regardless. I haven't read other interpretations so cannot compare, but certainly the language in this book is fine for me and the pictures are beautiful. It's nice having some visual distractions. Bought another as a present for a friend and suspect I'll be giving more copies...
Read more
11 people found this helpful
Report abuse

Jay
5.0 out of 5 stars A true gem of wisdom - beautifully simple, profoundly deep.
Reviewed in the United Kingdom on March 5, 2018
Verified Purchase
Stephen Mitchell's translation is the best bar none! Keeps the poetic beauty of the original text and flows freely. Other translations have group this book into sections on 'success', 'wealth' etc. which is wrong! The beauty of this book is that its teachings can be applied to many areas in life. This book is beautifully presented in a love cover with art - probably my most gifted book to friends and family.
Read more
7 people found this helpful
Report abuse

Kshitiz Sethi
5.0 out of 5 stars No words... Just read it...
Reviewed in India on April 10, 2018
Verified Purchase
Anything I say about this book will not do it justice.. It's a type of book that you can start reading... But it will never end.
Read more
32 people found this helpful
Report abuse
See all reviews