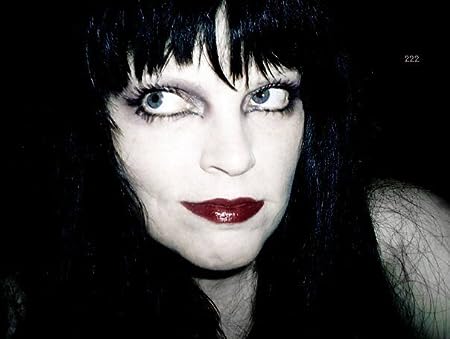 Violet started as a dream. One night I had an incredibly detailed dream about my friends and I on an adventure with vampires. When I woke up in the morning I was retelling the story to Mike and halfway through I said I’m going to write this.

There have been a few versions of the story. Some are probably still out there in the world somewhere. The currently released versions are the final versions. No more fiddling. Time for more stories with new characters and some familiar faces. Each book is related in some way to the previous books. I love their world, their evolution, histories, pasts, and futures. I love that their world is fully shaped and also amorphous.

I want very much for people to connect to their world. I want you to know them as well as I know them. These people are not my friends and I, they are their own living, breathing entities with their own thoughts, opinions, and experiences. They don’t go where I want them to go, they show me where they used to be and where they want to belong.. Even when they fail to get there.

I know them intimately, and yet I learn new things about them I seriously never expected or imagined. It sounds strange to say this about characters I created, but it’s true. It makes me wonder sometimes if I made them up, or I found a way to tap into another dimension. It’s cheesy, I know, but I could never have predicted some of this stuff.

I rarely talk in detail about my writing because truthfully, I’m insecure about it. Music I know and am comfortable with, for the most part. Writing? It’s like opening a diary. I am always fearful about people drawing conclusions or assuming things about what’s in the story. It’s hard to let go. It’s hard to put yourself out there to be cut down.

Welcome into the private world of people you don’t know (yet). Try not to judge them too harshly… they’ve got a long road ahead.

Tara Vanflower is a vocalist whose music has been described as ambient, experimental, and darkwave.

Her debut solo album, This Womb Like Liquid Honey, was released in 1999. This was followed in 2005 with My Little Fire-Filled Heart.

Vanflower appeared on the Type O Negative song &quot;Halloween in Heaven&quot; off their 2007 album, Dead Again.

She has also appeared with side projects Black Happy Day with Timothy Renner, Secondary Nerve with Daniele Serra and numerous collaborations including Oneiroid Psychosis, Dirge, Numina, The Unquiet Void, Falling You and Methadrone. 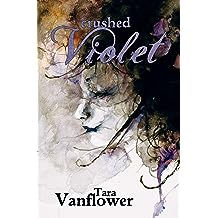 Crushed Violet: (The Violet Series Book 2) Jun 21, 2015
by Tara Vanflower, Daniele Serra
( 11 )
$2.99
ampires! Seriously? What's next? Leprechauns? Wait, don't answer that question. As if her parents dying and breaking up with her asshole boyfriend wasn't enough, now Violet's attacked by freaking vampires and then finds out the guy she's been seriously lusting after is some sort of.. what? VAMPIRE KILLER? Now Violet and Roman have to go to Chicago to hang out with an actual vampire and find out just what the hell his connection is to her. All while also trying to figure out their feelings for each other and how they fit into each other's lives. Betrayal. Blood. Vampires. And Love. And let's not forget the danger. There's always danger. These are the days of V's life.
Read more
Other Formats: Paperback 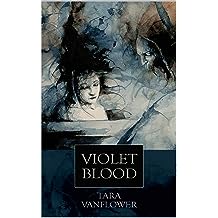 Violet Blood (The Violet Series Book 5) Sep 9, 2019
by Tara Vanflower, Daniele Serra
( 3 )
$2.99
Well, in't that just effing peachy? Everything was finally all nice and settled. Things were finally... dare I say.... happy? And then some all-powerful vampire god shows up and takes Mick and Glory and 'we're left standing there like a couple of noobs. I can't even fathom the fact that Roman is... scared. Roman is scared. Let that sink in for a moment. The man who fears absolutely nothing, besides maybe me, is scared. And now we have to trek off to Europe to find some kind of answers. I am seeing a whole new side of Roman I've never known and I'm going to meet some people who know a whole different Roman than I've ever known. And we're about to learn a whole lot of new and crazy things about ourselves

This book continues Violet and Roman's journey into discovering just exactly who and what they are. Violet meets new friends, including some species she never knew existed. New worlds open revealing so many answers, and even more questions. And maybe, hopefully, they won't die in the process.
Read more 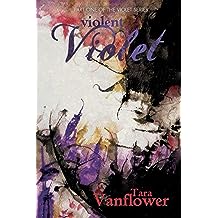 Violent Violet (The Violet Series Book 1) Dec 18, 2013
by Tara Vanflower
( 28 )
$2.99
Life is fucked up. Violet has just lost her parents to a car accident. She's stuck with an abusive boyfriend whom she can't seem to muster the courage to leave. And she's so mired in her own misery she takes it out on those who do love her. Then along comes a mysterious stranger named Roman who slaps her in the face with reality. But what is reality? Who is she? Who is Roman? Life, Death, Love, Lust, Blood, Violence, & Vampires. Welcome to Violet's Violence.
Read more
Other Formats: Paperback 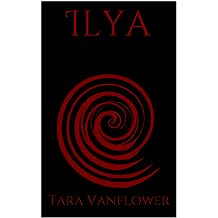 Ilya May 25, 2018
by Tara Vanflower
( 2 )
$2.99
Ilya has lived many lifetimes. From ancient Rome to present day United States, she has evolved from aristocrat and monster, to a quiet life of utter solitude. Her past is a ghost that threatens to devour her, literally and figuratively. He is out there waiting, stalking and hunting, as she runs to keep him at bay a while longer. Running to the desert, and to the deep jungles of South America, where she meets the King of all Vampire who takes her to a world unknown full of gods and goddesses from long dead myths. Will she stay and escape the ghost forever? Or will she go home to face his wrath?
Read more
Other Formats: Paperback 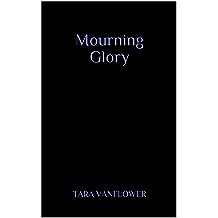 Mick has spent decades alone, isolated by the lifestyle he's forced to partake in due to his profession. But of course there's more to it than that. The rumors about him are true. It makes life difficult, to say the least.

Glory is about as good as a person can be, and just as alienated by the world around her of her own choosing. Life is about creating art, not worrying about relationships that never work out anyway. No, she prefers the safety of her characters and their magic worlds. But what if their magic could translate into real life? What if she has just the right amount of light to balance his darkness? Fairytales don't usually look like this, but then, who wants a fairytale anyway? 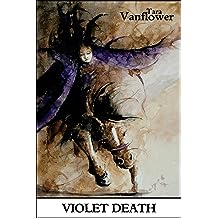 Violet Death: (The Violet Series Book 4) Jul 7, 2016
by Tara Vanflower, Daniele Serra
( 7 )
$2.99
Well, that didn't last long. One minute it was wedded bliss, the next utter desolation. Thanks, witch bitches. So, now what? What happens next? Where do we go from here? How can I ever recover from losing the one person who ever truly loved me? This is the end of who I was and the beginning of who I will become. I'm done caring. Fuck life. I'll be Death. Roman, come home.
Read more
Other Formats: Paperback 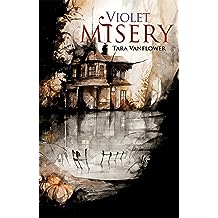 Violet Misery: (The Violet Series Book 3) Sep 30, 2015
by Tara Vanflower, Daniele Serra
( 8 )
$2.99
Well, we got through that mess alive. Barely, but alive. Three of my friends are now dead, my ex tried to kill me, and I've got a massive neck wound as a reminder. So, what's next? Vegas baby! Oh, and getting lost in the woods and dealing with psychotic witch sisters that want me dead and to steal my man. I seriously can't make this stuff up, people. I am devastated. Obliterated. And I'm not sure I will ever come back from this.
Read more
Other Formats: Paperback 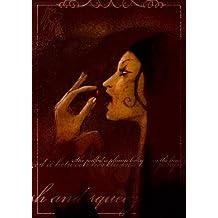 Lives of Ilya Oct 14, 2012
by Tara Vanflower, Daniele Serra
( 7 )
$0.99
For most, “immortal” is just a word, a description of a concept that defies all rational explanation. Born and reborn in the era of Christ, Ilya knows all too well what “immortal” really means. Journey with her across the aeons in her truly eternal quest to find love, solace, or even simple peace with the world and the nature of what she has become. “Neither a graphic novel nor simply a story with pictures, but an artistic hybrid somewhere between the two...told in Vanflower's deadpan dream transcript style.” - Brian John Mitchell, Silber Media “An invitation for the reader to be captures by the illusive detachment of literal and metaphorical Vampire” - Jarboe. The paperback version of this books is available and was published by Mythos Media.
Read more
Other Formats: Paperback 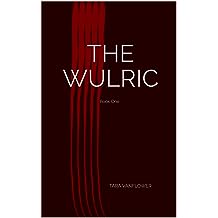 The Wulric: Book One (The Wolf Books 1) Oct 27, 2018
by Tara Vanflower
( 2 )
$2.99
Elvi is your average teenage run of the mill goth girl outcast. Her acerbic wit and ten mile high walls make it hard for anyone to get through her defenses. But she has her friends, Dana and Sadie, and that's enough for her, That is, until she meets the most beautiful, mysterious boy she's ever seen at a chance meeting at a bowling alley. Lyall, Dolph, and Tor aren't from Mantua, and they're the most interesting thing that's happened in the history of her world. Once again, the boy she likes doesn't like her. She's never good enough. But what she doesn't know is Lyall and the boys aren't boys, they're wolves, and in their world outsiders aren't allowed. How long will Lyall be able to hide Elvi from his Alpha before he will finally have to make a choice between his Pack and his girlfriend? Old enemies might make that decision for him.

This book is a fun adventure of first love, butterflies and insecurities, and oh yeah, werewolves .
Read more 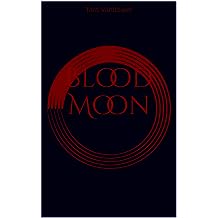 Blood Moon Aug 4, 2018
by Tara Vanflower
( 2 )
$2.99
There are few things in life more terrifying for a goth girl than the stuck up clique of cheerleaders and the bully jocks in highschool putting a target on your back. Well, unless you live in a haunted house and the captain of the football team has suddenly decided to upset the whole social heirarchy at school by wanting to hang out. What starts as a charming little high school project about ghosts and EVPs turns into a whirlwind, life changing revelation that uncovers hidden family secrets and literal worlds for Alice and Shane. There are far scarier things than social awkwardness.
Read more
Other Formats: Paperback 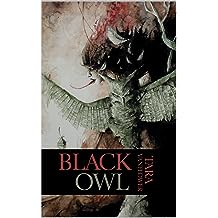 Black Owl Feb 13, 2018
by Tara Vanflower, Daniele Serra
( 5 )
$2.99
Going on your first tour is supposed to be fun, right? It should be, as long as the lead singer of the headlining band doesn't hate your guts and resent you, and if the crowds don't want you dead, and if your stalker ex doesn't smash your face in the night before you leave. But hey, what doesn't kill you makes you stronger, right? Touring is fun, yeah. And hey, that headlining band is good to look at at least.
Read more