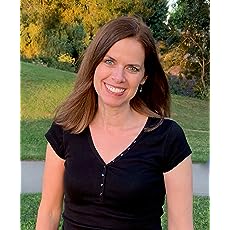 Tasche Laine has worked as a journalist, teacher, and book editor. Her published works include the 2018 International Book Award winner for Readers' Favorite, CLOSURE: based on a true story; the 2020 Book Excellence Awards winner for Female Empowerment in fiction, CHAMELEON, a domestic thriller; two short story anthologies: Winds of Winter and Wings of Prophecy; and GLASS STARS.

She grew up in a small town in Oregon, has lived all over the U.S., and currently resides in the Pacific Northwest. She also visits her daughter in southern California as often as possible. These days, Tasche is busy working on book two of her new Young Adult Glass Stars series. 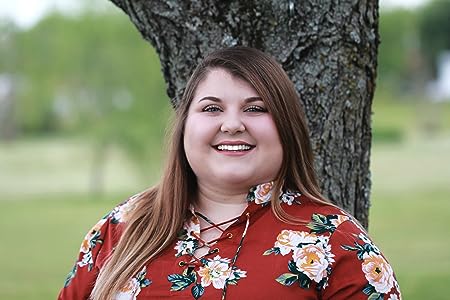 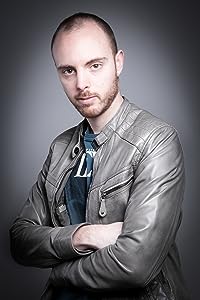 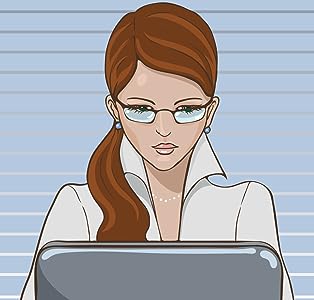 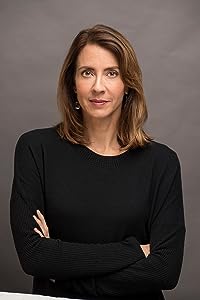 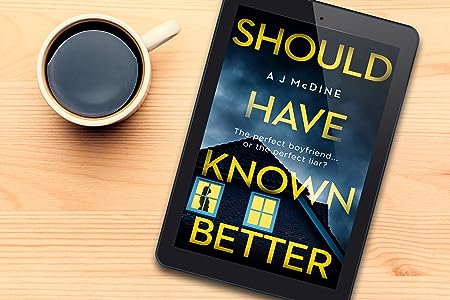 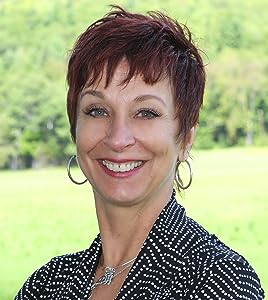 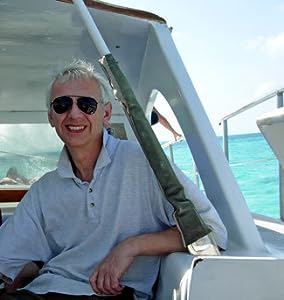 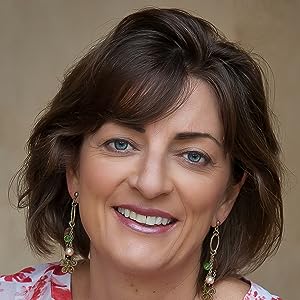 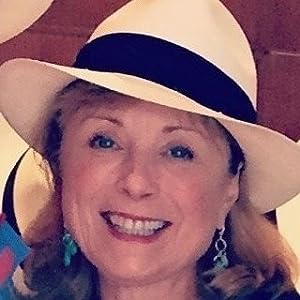 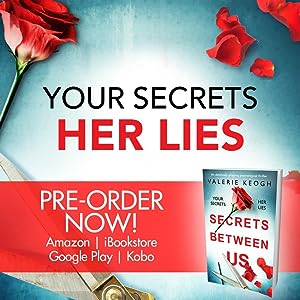 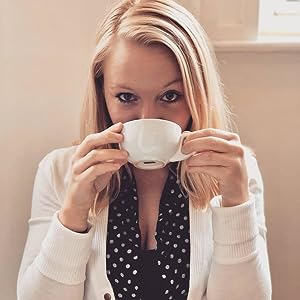 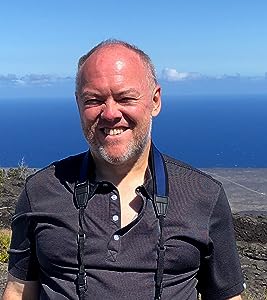 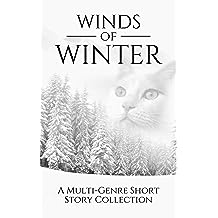 Druidic prophecies, a galactic space adventure, a cabin of horrific secrets – and a mysterious white cat that seems to walk through the very stories themselves.

Whether you’re in the mood for a fantastic adventure, an edge-of-your-seat horror tale or a budding romance, Winds of Winter is the perfect read - a gift for being wonderful readers. If you'd like to support us, we're donating 100% of the proceeds to SaveACat.org!

Enjoy these 16 multi-genre short stories including:

Grandpa never let them use the cabin after Christmas. And some rules are best not broken.
Jeff Bacon – Christmas Wrath (Horror)

Prophecy demands Gage have absolute dominion over his Druidic powers, but his inner demons are putting everything at risk.
Corina Douglas – Rising from the Ashes (Fairytales, Folklore & Myths)

Cursed as a cat for 99 years, an immortal Fiend Hunter must re-evaluate his relationship with a nemesis.
Laura Hawthorne – Lost Among Snowflakes (Fantasy)

Hannah wanted direction. What she ended up with could change her future forever…
H.R. Hobbs – The Blue Pendant (SciFi Adventure)

He'd found the girl of his dreams, then a cat got in the way.
Reen Jones – Candy Girl (Horror)

Trapped in a mountain snow storm one family makes the best of their isolation, and a legend is born.
Tasche Laine – The Legend of the Glass Stars (Contemp. Fic.)

A secret, a brotherhood, a father’s sin. What will Prince Thutmose do when he takes the crown?
Lauren Lee Merewether – King’s Jubilee (Hist. Fic.)

Mirror, mirror, on the wall, who's the ugliest of them all?
Joy Monette – The Girl in the Mirror (Contemp. Fic.)

Though they were partly human, the differences were too great. He would never be one of them.
Leigh Roberts – The Outsider (Fantasy, Myths & Legends)

Kevin is about to take on the galaxy until his little sister makes an outrageous request...
A.L. Rugova – The Lost Tradition (SciFi Dystopian)

A winter menace reigns terror on mice, but can it stand against their new champion?
Alicia Scarborough – Crimson Eyes (Urban Fantasy Poetry)

Can a telepathic cat and her mistress solve a robbery and welcome the culprit into town?
Melanie Snow – Trouble in Winte 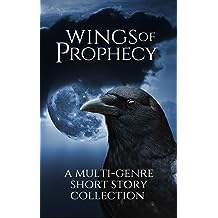 The crows are flying. And on their wings, destiny changes.

One crow signals bad luck. Three, a celebration. Seven, a secret. Each number drives the fate of someone's soul.

You haven't stumbled upon Wings of Prophecy by chance; this is your reward for being a chosen reader. If you'd like to support us, we're donating 100% of the proceeds to charity.

Enjoy these 14 multi-genre stories including:

Recent residents in an uncontrollable neighborhood with a sinister plan. The only thing able to stop them is nature and its guardians.
Jeff Bacon – Crow Court (Horror)

Nobody had told Hailey about the werewolves when she moved to Mickleburg, and nobody had told her about Adam, a near-stalker, but she faced both on an isolated mountaintop.
Louisa Bauman – Terror On The Mountain (Horror)

War is on the horizon, and once again, Morrigan is called upon to save her people, but this time more than the outcome of the battle is at stake.
Corina Douglas – The Morrigan: Wings Of War (Fairytales, Folklore, & Myths)

Lady Adalynn holds her son, a child born under an ominous omen. But he is not hers.
Paris Hansch – The Unwanted Child (Fantasy)

An odd child, unwanted by her father, hated by her young stepmother, Jasmine didn't have any friends. But then, unfortunately, she found some.
Reen Jones – Feeding The Crows (Horror)

Stuck on a ranch and bored, Brylee goes on a run that changes her life. Will she ever be the same?
Tasche Laine – Running In The Rain (Contemp. Fic)

Independence is all Bernice wants, but her privileged upbringing dictates otherwise. Can she break free from expectations before it's too late?
Nola Li Barr – Bernice (Romance)

When armed with a camera, a good omen, and true love, the world is perfect. Right?
Joy Monette – An Intriguing Man (Contemp. Fic)

Sometimes, being rescued is not what it's cracked up to be.
Leigh Roberts – The Rescued (Fantasy, Myths and Legends)

Count your crows, and then you'll know, if the signs will bring you, joys or woes.
Alicia Scarborough – Crows Of Nine (Urban Fantasy Poetry)

Sarah must find the secret portal but elaborate riddles and a desperate killer stand in her way. Will she find the portal in time to stop the murder?
Melanie Snow – Attempted Murder (Cozy Mystery)

She never believed they existed, but now this young witch must stand before the Three Crows as they bestow her with a mandate to kill... 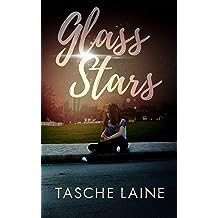 A shocking disappearance. Tragic family news. V searches for answers… even if it leads her into the face of danger.

Fourteen-year-old freshman Violet “V” Jiménez knows Emma will have her back on their first anxiety-ridden day of high school. So when her best friend is kidnapped just as classes begin, the determined V vows to find Emma at any cost. But her resolve is thrown a major curve with her mother’s sudden cancer diagnosis.

Struggling to cope with the shock of her mom’s ailing health and feeling things couldn’t possibly get worse, V finds solace following in the footsteps of her favorite teenage TV detective. When she discovers a link to another missing girl, her investigation takes her on an alarming ride deep inside an insidious criminal lair.

Can V expose the city’s menacing underbelly before her friend is lost forever?

Glass Stars is the first book in the mesmerizing Glass Stars YA contemporary fiction series. If you like gutsy heroines and heartbreaking conspiracies, you’ll love Tasche Laine’s venture into the darker side of trouble.

Buy Glass Stars to never give up hope today!

♥ A portion of the proceeds from Glass Stars sales will be donated by the author to the National Center for Missing and Exploited Children, in Charmel’s name. You can also contribute by purchasing this book through smile.amazon.com and selecting NCMEC as your charity. 0.5% of all your eligible purchases will be donated to the charity you select through the smile program. 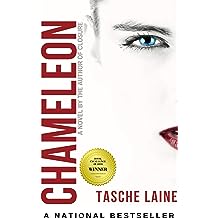 A single mom just met the perfect man. But perfection comes at a price. Will she have to pay it with her life?

Newly divorced Tara Spencer is a devoted single mom to her eleven-year-old daughter and is still healing from her failed marriage of fourteen years. As she embarks on an exciting new career in sunny California, the last thing she needs is a man in her life. When she meets the alluring Dr. Geoffrey Jensen, a bedazzling psychotherapist, he isn't what he seems.

Adept at manipulation Geoffrey toys with Tara's mind, compelling her to change for him. He also hides a terrible dark secret from her. After she discovers it, will she wise up in time—or become his next victim?

CHAMELEON is a BOOK EXCELLENCE AWARD WINNER for 2020!

“...the perfect psychological thriller that made me remember old classics such as Fatal Attraction and Basic Instinct. Great storyline and believable characters!"

"Chameleon is a gripping and suspenseful domestic thriller sure to keep you riveted until you reach the final page. FIVE STARS!"  —Goodreads Reviewer 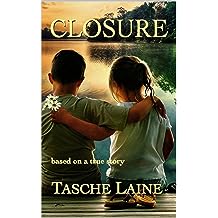 Tara just wants to be loved. But life makes other plans. Will she take another chance on her first love or realize that self-esteem comes from within?

Looking back, Tara Carter wonders if what followed her first kiss was a warning of things to come. At the young age of ten, her heart broke when her best friend Trey moved 1,500 miles away. Crossing paths five years later, the two teens exchange beautiful letters that cement their love. They embark on an idealized relationship, despite trauma and heartbreak on both sides, only to be forced apart shortly after.

Tara enters college and is forced to confront the ugly side of life, losing contact with her first love. As time marches on, she yearns to know what could have been… until fate presents her with one last opportunity twenty years later. Will she take it?

If you like courageous women, raw emotions, and real-life issues, then you'll love Tasche Laine's slice of life tale—a moving fictional memoir based on a true story.

CLOSURE is a 2018 International Book Award winner for Readers' Favorite!

Buy CLOSURE to discover one woman’s journey of love and loss today!

“Readers will be pulled in by the intensity of emotions and the drama that is featured in the writing. It’s a beautiful story, beautifully told.” —Readers’ Favorite