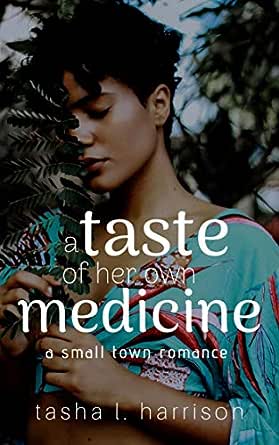 You've subscribed to A Small Town Romance! We will preorder your items within 24 hours of when they become available. When new books are released, we'll charge your default payment method for the lowest price available during the pre-order period.
Update your device or payment method, cancel individual pre-orders or your subscription at
Your Memberships & Subscriptions
There was an error. We were unable to process your subscription due to an error. Please refresh and try again. 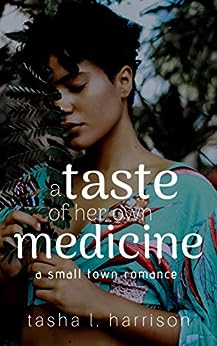 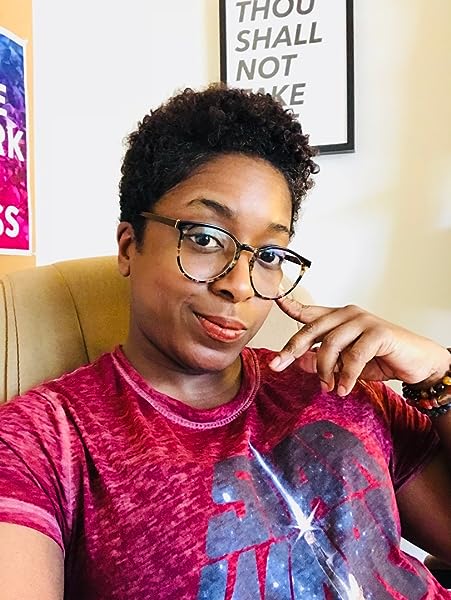 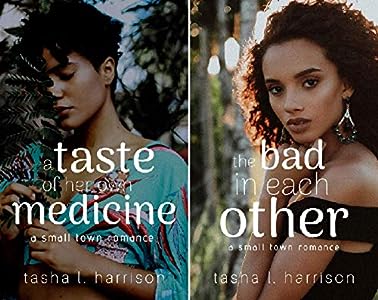 A. D. Stevens
4.0 out of 5 stars Couldn't stop grinning
Reviewed in the United States on December 13, 2019
Verified Purchase
I first learned about Tasha Harrison via Twitter. I followed her for several months and enjoyed learning about writing, her process, and her deep passion for romance books. So, when I heard about her ebook dropping, I decided to check it out. Like the headline says, I was definitely grinning throughout the book and it wasn't just during the sex parts. All of it from the plot, the characters, the writing style. I'm dabbling in reading romance novels and its hard for me to connect with some of them because they feel so cheesy and a little cringe-inducing. Harrison's book was refreshing in all the best ways.

My only critique is that, once the romance picked up, which I didn't mind, I kind of missed the scenes about Sonja working on her business and going to class. How did the two of them negotiate dating while being instructor/student. I was especially curious about the fall out after they were discovered kissing by a student. I like to see female protagonists still have a fleshed out life outside of the romance.

Overall, this is a solid non-cheesy romance novel. Harrison drops some nice gems that give me a sense of the city and the people in it without being heavy handed and piquing my interest. (Aside: I could definitely see Atlas' mom and the older gentleman having a relationship in the future). Lastly, as a Southern black woman, by birth, it was lovely to see the South and black people depicted this way. Love.

BWH
VINE VOICE
3.0 out of 5 stars Older woman younger man in a yummy romance
Reviewed in the United States on December 13, 2019
Verified Purchase
3.5 stars
The stunning cover of this book won me over. The fact that this was a book about people of color, an older woman who wants to open an apothecary and a young, successful man was icing on the cake.
I enjoyed the story of Sonja and Atlas getting to know each other, support each other’s dreams and navigate Sonja’s post divorce life. I did not enjoy the spelling and grammatical errors. Some sentences were hard to read because I wasn’t sure what the sentences meant.
Nonetheless, I enjoyed the story and hope we get other books about the sisters!
Read more
7 people found this helpful
Helpful
Comment Report abuse

D&S
5.0 out of 5 stars Hot small town romance hits all the right spots
Reviewed in the United States on June 9, 2020
Verified Purchase
Completely hot contemporary romance. As in scorching hot. But that's not all. This is younger man - older woman, small town romance. I don't call it second chances because it's not a second chance for Sonja and Atlas, but it is Sonja's second act, where she gets to finally be and believe in her best self. Same for Atlas, for that matter. The small town is just right, from the Friday Night Lights to the redevelopment area to the favorite restaurant to the neighborhoods. This is real, and I felt it and could see it.

Sonja is recently divorced, has two teens, and thinking of starting her own business. Atlas is the instructor of the entrepreneur class she takes. The chemistry between them is instant and there are continuous sparks across the page. I adore these two together. I love how they grow individually and together. It's not just heat, they talk, they tease, they support.

Sonja has to figure out what she wants going forward, for her life, for her kids, for herself. That push-pull of a mom whose identity has been completely tied up in her husband and kids, that's real, with or without the divorce. It's really well done.

Then there's Atlas, who has his own baggage to contend with. There is less detail here but it's enough. He basically needs to decide, is it time to grow up and be responsible or not. His friend and business partner, Kairo, is the friend who helps you listen to your conscious and calls you on your shit. I love her. And she helps Atlas get there (and in turn, maybe figure out her own issues, too).

I love the Malone women component, Sonja's mom, sisters, and daughter. Those ties are real and it's great to see strong women on the page and their bonds. Family can be messy and complicated, but hopefully family is also the people you rely and depend and turn to, and that's what we have. I am interested in all the stories to come about Sonja's sisters.

Other side characters and friends add the right amount to make this a fully realized world and story.

And did I mention it's HOT?

I loved it, highly recommend. Every word of this book hit exactly the right spot.
Read more
One person found this helpful
Helpful
Comment Report abuse

Michelle Briggs
5.0 out of 5 stars Passionate and informative read!!
Reviewed in the United States on May 7, 2020
Verified Purchase
I really enjoyed this book . It had everything I look for when selecting a new book to read. It had drama , hot sex, and a couple of petty characters you just want to slap. I laughed and teared up a little bit. I love books like this that leave you with a good feeling after reading it. I said it was informative because I learned about a different culture and the it made me want to burn my sage and actually make use of my aromatherapy kit I bought on amazon. Atlas was every woman's dream guy, smart, successful, sensitive and extremely sexy. Soni was a slightly older woman newly divorced just trying to start over . She didn't want her
way of life to change in spite of the divorce. She wanted to start her own business, enter the sexy Atlas to the rescue. There were some obstacles and insecurities they had to overcome, but love always find a way. There were a few grammatical errors but it didn't take away from the story. I've already purchased the next story .
Read more
One person found this helpful
Helpful
Comment Report abuse

Myluvofbooks
5.0 out of 5 stars Atlas and Soni!!!
Reviewed in the United States on April 18, 2020
Verified Purchase
Sonja was just recently divorced and needed away to make money. She wanted to open a business and was pushed into take an entrepreneur cohort, all she wanted was receive assistance in starting a business, but she met Atlas and was instantly attracted to him. Atlas was enamored with Sonja and wanted to be with her. After spending time with each other, things escalated between them and they started dating, but of course something made them take a break.
I loved this second chance at love book. When you come out of a relationship and doubt yourself it's hard to move on. Atlas showed Sonja that was beautiful and desirable and that made her give him a chance. Atlas and Sonja had great chemistry and the love showed. This was my first book by this author and it didnt disappoint. I cant wait for the book at Birdie!!!
Read more
Helpful
Comment Report abuse
See all reviews