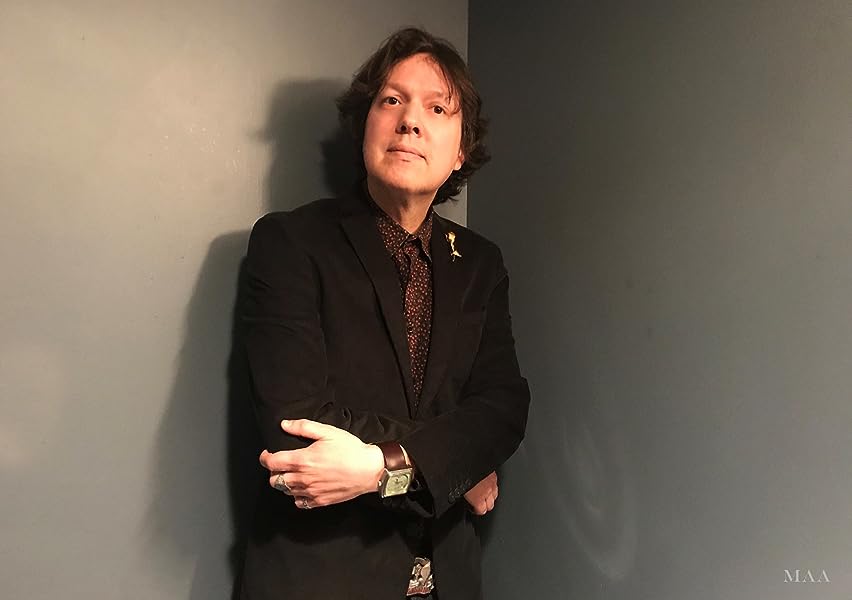 “Comedian Hill trades in mock braggadocio, following each punch with a tickle. To wit, "Scar or not, I realize at this point in my book there's probably no question in your mind as to whether or not I'm one of the biggest badasses that ever walked the face of the planet. (Author's note: I am.)." Over the course of these 17 short autobiographical essays, the rhythm grows familiar enough that it could become cloying, but it doesn't because Hill is just so funny, observant, and likable. Whether he's riffing on adolescent affairs of the heart ("Loving You Is Easy Because You Live Pretty Close to My Parents' House"), the thrill of playing Santa Claus ("Northeastern Ohio Velvet"), or his brush with rock 'n' roll stardom ("Big in Japan"), Hill has a knack for hitting the high points, eliciting some laughs, and then offering a poignant twist that reminds the reader there's no two-drink minimum. Essays about depression ("A Funny Feeling") and his mother's death ("Bunny") treat their subjects humorously without being glib. Well worth a read.” ―Keir Graff, Booklist

“Dave Hill speaks, rocks, and now writes with a voice so powerful and funny and compelling that I'm pretty sure he's channeling some weird god from another dimension. Basically, this dude is a comedic Cthulhu, and when you read this book, you will either go COMPLETELY MAD or BECOME A SLAVE TO HIS MAD GENIUS. Pray for the latter.” ―John Hodgman

“This book should affirm Dave Hill's rightful place as a major American humor writer. You will laugh. Buy two and brighten a friend's life as well.” ―Dick Cavett

“I run into Dave Hill all the time at the coffee shop in our neighborhood. He's always unshaven and badly hungover, with some 16-year-old groupie from Cleveland in tow--and he's just as funny then as he is in Tasteful Nudes. He is my idol.” ―Malcolm Gladwell

“We have Dave Hill on our radio show as much as we can because he's so winningly funny, and it's thrilling to see how well his sense of humor translates to the page. I've never seen a comedian quite like him: full of unjustified bravado, but also amazingly vulnerable. There's something very bare through all these stories that are so full of jokes and brags. He's a rocker who shreds his way through mindblowing solos while somehow also communicating to you that maybe he thinks the whole thing is just a little much. I don't say that as a metaphor, I've actually seen him do this. I enjoyed the hell out of this book.” ―Ira Glass

“First of all, Dave Hill is a pathological liar, a fantasist, egoist, and unlicensed podiatrist. I cannot confirm the veracity of anything in this book, but my feet have never felt better. And as Dave always says, when you have your feet, you have everything. ” ―Janeane Garofalo

“If you want to get inside Dave Hill's head, then you have to go for it. Throw caution to the wind. Jump into the icy waters. Speed across the Bonneville Salt Flats. Trek the Himalayas. Take a solo flight around the globe. Or just read his new book, Tasteful Nudes, the most dangerous way to get there. ” ―Sandra Bernhard

“This book, in addition to being a hilariously fun read, is exactly the kind of book that will get Dave Hill totally laid.” ―Andy Richter

“Not only did Tasteful Nudes take me on an emotional journey through the seedy underbelly of Dave Hill's life, but it also introduced me to a whole new slew of colorful and imaginative euphemisms for my pud. For this, I shall forever be in Mr. Hill's debt.” ―Chris Elliott

“There's a good chance that Hill is one of the funniest people alive who also happens to be a really great writer. I had to go and reread certain parts again because I wanted to make sure it wasn't the sun + tequila that was making me laugh so hard. ” ―The Atlantic

“His skill as an effortlessly charming and fascinating storyteller makes the book hard to put down.” ―The Huffington Post

“Call it potty-humor light: David Sedaris, minus the cynicism, but plus an obsession with bodily functions. This type of monologing is likely why the Cleveland native has found success in radio, both on NPR and on his own podcast, "The Dave Hill Explosion." It is also what makes Tasteful Nudes such an engaging read...Exposed and cultivated, Tasteful Nudes is everything its title promises. And it's also pretty funny.” ―The New York Observer

“Dave Hill refers to himself as a "famous writer person" in the intro to his seriously funny new book, Tasteful Nudes ... and Other Misguided Attempts at Personal Growth and Validation -- and we think he's onto something. Unlike many comics, who string a bunch of jokes together with clunky transitions and call it a book, the NYC-based author actually can write.” ―New York Daily News

“The pieces vacillate between the purely humorous (taking a naked cruise) to the scarily serious (the death of a parent), but through it all, he retains his signature wit and unflinching honesty. ” ―MSN Postbox

“Best Humor Writing: Tasteful Nudes presents the best kind of absurd and awkward situations: those you don't have to endure personally. The genius collection details Dave Hill's struggles with life, growing up (he still hasn't) and generally any "misguided attempt at personal growth." If you hate mirth then you might not enjoy stories about "stolen meat, animal attacks, young love, death, naked people, clergymen…" well, you get the idea. A riot and a half, this breezy read will have you laughing well into fall.” ―Gear Patrol

“Anyone who's listened to Hill recount his tales, particularly on This American Life...will hear the deliciously deadpan delivery of every word.” ―Nylon

“Hill mixes ironic boastfulness with genuine heart. It's deeply personal material for a guy who specializes in a jokey artifice. Hill's ability to make it work speaks to a talent that goes beyond a quick joke.” ―The Onion AV Club

“We love Dave Hill. Funny man, musician, writer, friend of the gays, and author of the new book, Tasteful Nudes. It's a collection of his hilarious essays about everything from rock 'n' roll to stolen meat to irritable Canadians.” ―LA Weekly

“It's hard not to be seduced by his honesty and humor.” ―Impose Magazine

“In chapters that can turn from wildly funny to touching and back again on a dime. The book has already been praised by luminaries from John Hodgman and Ira Glass to Andy Richter, Janeane Garofalo, and Malcolm Gladwell.” ―Nerdist.com

“Overflowing with humor (both subtle and clever as well as brilliantly random and unexpected), the strength of Hill's literary skill is apparent as he masterfully weaves together stories and reflections from his life...Tasteful Nudes is a charmingly delightful read that provides insight into the inner works of Dave Hill.” ―Examiner.com

“Tasteful Nudes contains not a single page that is not hilarious. Readers of books will love this one. As funny as he is on stage, his has an immensely literary gift for elevating the episodes of his life into madcap excitement. And yes, it is touching too.” ―Rushfield Babylon

“Several times over the past week, I have been the weirdo laughing out loud on my subway commute thanks to Hill's remarkable ability to translate stories from his life–from being hazed by meatheads on his high school hockey team to the time he reported on a nudist group's dinner party on a boat in Sheepshead Bay–into exceptional, expertly understated comedy. ” ―Brooklyn Based

“I laughed a lot reading this book, and laughing is really not my thing. I hate laughing.” ―VICE

“If you're in a bad mood, or place, just pick it up! Boom. Problems temporarily solved.” ―The Hairpin

“It is all gold, so much so that I kind of wanted to "Single White Female" Dave after reading it. That is to say, get a similar haircut and eventually make an attempt on his life.” ―XO Jane

“At turns hilarious and poignant, blusterous and self-effacing, the book covers some of the misadventures and moments of triumph - after all, we don't all get to tour Japan -- that help form Hill into the irresistibly likable goofball his fans know today.” ―Metro

DAVE HILL is a comedian, writer, musician, and man-about-town originally from Cleveland but now living in New York City in an apartment all by himself because he is a grown man. He has written for The New York Times, Salon, The Huffington Post, NY Daily News, Guitar World and a bunch of other people, too. He is a regular contributor to public radio's This American Life and starred in his own TV series, The King of Miami, which was canceled, even though Dave really liked it. He has also appeared on Comedy Central, BBC America, MTV, and Adult Swim and is a regular host on HBO and Cinemax. Dave stages his own chat variety show, The Dave Hill Explosion, at the Upright Citizens Brigade Theatres in New York and Los Angeles, and also in London, wherever it is tolerated. Dave plays in several rock bands and is so good at the guitar that most people can't even handle it. Dave also smells really nice―ask anyone.