Tasting the Sky: A Palestinian Childhood and millions of other books are available for Amazon Kindle. Learn more
Share <Embed> 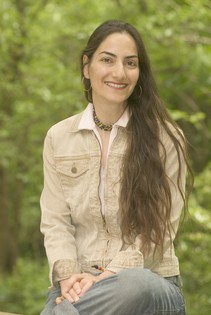 by Ibtisam Barakat (Author)
4.4 out of 5 stars 121 ratings
See all formats and editions
Sorry, there was a problem loading this page. Try again.
Read more Read less
Previous page
Next page

"A spare, eloquent memoir. . . . What makes [it] so compelling is the immediacy of the child's viewpoint, which depicts both conflict and daily life without exploitation or sentimentality." --"Booklist"

"Beautifully crafted vignettes . . .[bring] to life a Palestinian world that may be unfamiliar to American readers, but which they will come to know and appreciate. Readers will be charmed by the writer-to-be as she falls in love with chalk, the Arabic alphabet, and the first-grade teacher who recognizes her abilities." --"School Library Journal"

A bilingual speaker of Arabic and English, Ibtisam Barakat grew up in Ramallah, West Bank, and now lives in the United States. Her work focuses on healing social injustices and the hurts of wars, especially those involving young people. Ibtisam emphasizes that conflicts are more likely to be resolved with creativity, kindness, and inclusion rather than with force, violence, and exclusion. Her educational programs include Growing Up Palestinian; Healing the Hurts of War; The ABCs of Understanding Islam; Arab Culture, The Mideast Conflict; and Building Peace. The ABCs was selected by the Missouri Humanities Council as one of its Speaker Bureau programs in 2003 and 2004.

Ibtisam has taught language ethics courses -- Language Uses and Abuses -- at Stephens College (2002). She is also the founder of Write Your Life (WYL) seminars and has led WYL seminars in places including Morocco, Washington, D.C., Missouri, and Ramallah.

In 2001, Ibtisam was a delegate to the third United Nations conference on the elimination of racism, which was held in Durban, South Africa. In 2004, she was a visiting writer at the Creativity for Peace camp, which brought Israeli and Palestinian teenage girls to Santa Fe to provide an opportunity for them to live together in cooperation and peace. In January 2005, she was a moderator at the fourth international Faculty for Israeli-Palestinian Peace conference in Jerusalem, where Israeli, Palestinian, and international faculty members and students work toward finding creative ways to bring about peace for Israel and Palestine.

Ibtisam Barakat lives in Columbia, Missouri. TASTING THE SKY is her first book.

Start reading Tasting the Sky: A Palestinian Childhood on your Kindle in under a minute.

4.4 out of 5 stars
4.4 out of 5
121 global ratings
How are ratings calculated?
To calculate the overall star rating and percentage breakdown by star, we don’t use a simple average. Instead, our system considers things like how recent a review is and if the reviewer bought the item on Amazon. It also analyzes reviews to verify trustworthiness.
Top reviews

MASH
5.0 out of 5 stars Kissing the Sky
Reviewed in the United States on June 20, 2018
Verified Purchase
This book begins in 1981, when our author’s bus is stopped at Surda checkpoint between Birzeit and Ramallah. She’s detained for hours along with all the other bus riders. To calm herself, she goes into a reverie that takes her to her safe-haven, postbox 34. This box is her own little world of freedom where she receives letters from her pen pals, to whom she writes about anything and everything, except her traumatic childhood experiences!
This account is a flashback told in the innocent voice of a three-and-a-half-year-old girl who is separated from her parents, for a whole day, during the six-day war in 1967. As the planes fly overhead, the family flees their home. Ibtisam who is still trying to lace up her left shoe suddenly realizes that there’s no one there. As fear strikes her little heart she leaves her right shoe and goes out into the dark. The courage and endurance of this little girl, in her quest to reunite with her parents is heart wrenching.
Ibtisam Barakat draws you into her innocent, patient, persistent and very imaginative little life with magic strings that she weaves with her words and metaphors. She makes friends with a baby donkey in whom she confides. When she must leave him behind, she makes friends with the first letter of the alphabet and confides in the piece of chalk that drew him, until it finally crumbles into dust. This child’s life is full of fear, courage, agony, happiness, love, disappointment, and fulfillment as she endures the occupation along with her family.
The book ends in 1971 when a broken hearted Ibtisam moves again from her childhood home, this time for good.
In writing this book the author frees herself of the emotions that compelled her to shield her childhood. Her story is not done though. It continues in her next book Balcony on the Moon: Coming of age in Palestine… My next read.

I met the author, Ibtisam Barakat, at my school last semester, and she's amazing as well. I hope everyone who is anti-Palestine reads her work or hears her speak and realizes that these are actual human beings with families and lives who are being torn apart and threatened by the occupation.

Beryl S Bissell
5.0 out of 5 stars A beautiful family saga
Reviewed in the United States on June 27, 2011
Verified Purchase
I just finished reading this exquisite book by a writer I met 10 years ago at a writing retreat for women. Ibtisam struck me then as an exceptionally vibrant and talented young writer who gave me her favorite book of poems by Hafiz. She had just begun writing her memoir, Tasting the Sky, at the time so it was with delight I read that it had been published. The stars must have been dancing around this young woman as she wrote because her words sing across the pages, even while narrating the traumatic experience of fleeing her home at the age of 3 1/2 during the Six Day 1967 Arab-Israeli War, when she was separated from her parents and walked for days in bleeding bare feet before finding them. This is a story of a closely knit family who manage to gather every joy to be found as they struggle to rebuild their lives and make a home. Two loving brothers, a doting and dedicated father, the lively young girl herself and her strict but caring mother share a generosity of spirit and hopefulness that lifts what could be a story of victimization into one of ongoing hopefulness, and yes, forgiveness.
Read more
4 people found this helpful
Helpful
Report abuse

Rachel
5.0 out of 5 stars Great Read
Reviewed in the United States on October 6, 2017
Verified Purchase
My husband purchased this book as an addition to our Catholic School's library wanting to give the students a glimpse into an experience they might otherwise not understand. Having now read the book, I am looking forward to sharing it with schools young readers and also grateful to the author for sharing such a sweet and thoughtful story. Considering buying more copies to give as a gift. Such a great read!
Read more
3 people found this helpful
Helpful
Report abuse

E. Rier
5.0 out of 5 stars Beautifully told, heartbreaking story
Reviewed in the United States on February 24, 2014
Verified Purchase
I used this book as a read aloud in my 5th grade daughter's homeschooling segment on the middle east. We both really enjoyed how the story was told and the details. It gave us a lot to discuss as far as the history of the Middle East, Israel, and Palestine.

While many parts of the story were sad there was also an excellent sense of humor through the story. The chapter on circumcision was especially funny (and terrifying) especially as this topic was new to my daughter.

I know we can debate Israel/Palestine until the end of time but as a resource to show how these conflicts affect us as children this story was an invaluable resource.

Amanda L. Day
5.0 out of 5 stars Riveting read
Reviewed in the United States on February 13, 2014
Verified Purchase
Bought this for my daughter for a school assignment but ended up reading it myself too. This is a classic childhood remembrance story combined with the horrors of war....definitely a deep book but worth the investment...the author, about whom the book is about, still manages to leave the reader with a feeling of hope for the future despite the situational pain she faces during her journey...suitable for older kids, my daughter is 11 (advanced reader) and was able to comprehend the material, but some of the background info kinda flew over her head because she is not old enough to have really been exposed to something like this yet...
Read more
3 people found this helpful
Helpful
Report abuse

Kindle Customer
5.0 out of 5 stars Love Palestine
Reviewed in the United States on September 10, 2018
Verified Purchase
You will love this book.
Is so super good.
There is a "historical note" at the end that does not match at all, as if
written by some editor not the author.
The book itself though is perfect.
Vivid kindnesses from
a Palestinian Blackgirl's perspective. Beautiful
and vegan too!

Patricia A. Rantisi
5.0 out of 5 stars Excellent.
Reviewed in the United Kingdom on November 27, 2011
Verified Purchase
Extremely well written, so descriptive you can see the child's mind ticking over. A really moving tale from Palestine. Recommended for everyone to read especially people who don't understand the injustices of the Palestinian-Israeli conflict.
Read more
Report abuse

Amazon Customer
5.0 out of 5 stars charming, important
Reviewed in India on June 25, 2020
Verified Purchase
This is a lovely book, written from the point of view of a child (3-7 years). I believe it is based on the authors own experience. Gave it to my 10 year old daughter, she was charmed by it. The writing style is beautiful, it helps give an introduction to the Middle Eastern conflicts to younger children.
Read more
Report abuse
See all reviews

Page 1 of 1 Start overPage 1 of 1
Previous page
Next page
Pages with related products. See and discover other items: conflict of interest
Back to top
Get to Know Us
Make Money with Us
Amazon Payment Products
Let Us Help You
EnglishChoose a language for shopping. United StatesChoose a country/region for shopping.
© 1996-2021, Amazon.com, Inc. or its affiliates