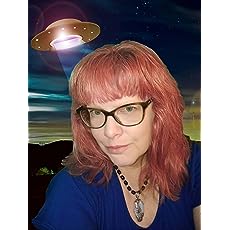 Teagan Ríordáin Geneviene lives in a "high desert" town in the Southwest of the USA.

Teagan had always devoured fantasy novels of every type. Then one day there was no new book readily at hand for reading -- so she decided to write one. And she hasn't stopped writing since.

Her work is colored by her experiences from living in the southern states and the southwest. Teagan most often writes in the fantasy genre, but she also writes cozy mysteries. Whether it's a 1920s mystery, a steampunk adventure, or urban fantasy, her stories have a strong element of whimsy. There are no *extremes* in violence, sex, or profanity. 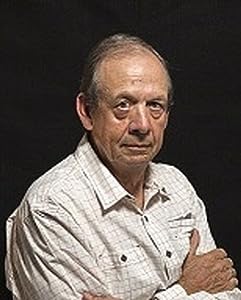 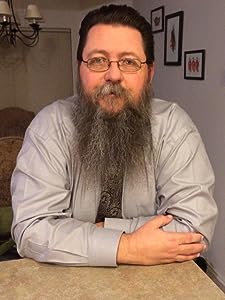 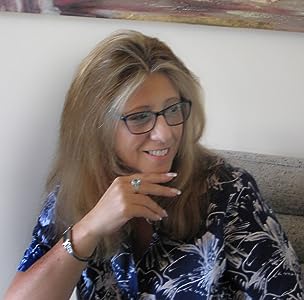 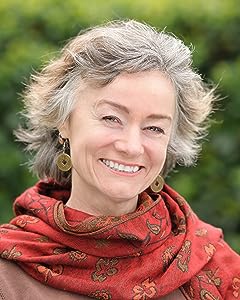 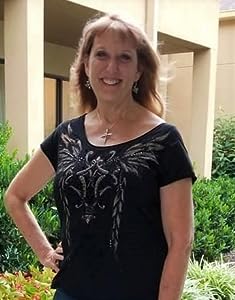 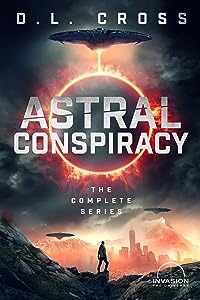 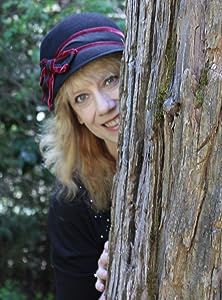 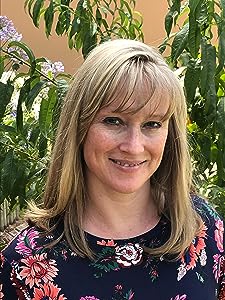 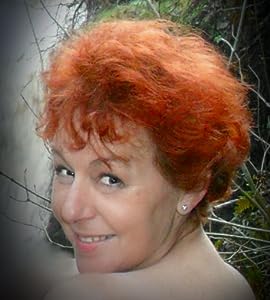 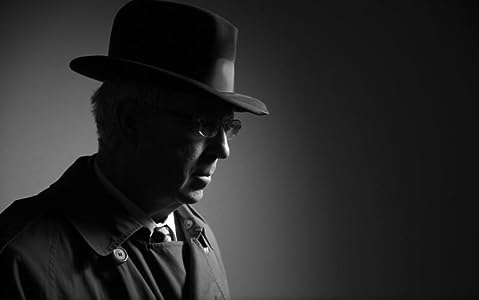 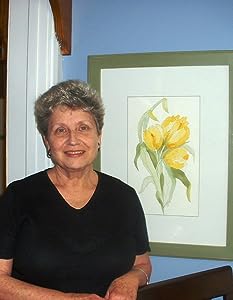 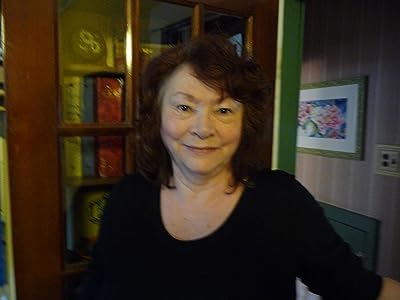 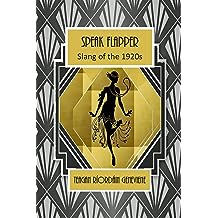 Speak Flapper - Slang of the 1920s Jan 4, 2020
by Teagan Ríordáin Geneviene
( 5 )
$2.99
This is a dictionary of slang from the Roaring Twenties, also called the Jazz Age. I collected these terms while researching my various fictional stories set in the 1920s.The book is intended for entertainment purposes. It is also peppered with history and trivia about the era. You might use it in preparing for a 1920s costume party, or for a gathering to watch a favorite movie or TV show set in the Roaring Twenties. Or use it for the simple personal fun of speaking flapper!You’re the cat’s pajamas!Teagan Ríordáin Geneviene
Read more
Other Formats: Paperback 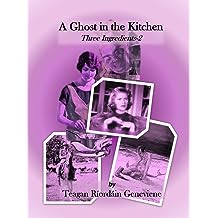 A Ghost in the Kitchen: Three Ingredients II Sep 17, 2019
by Teagan Geneviene
( 4 )
$1.00
A Ghost in the Kitchen, Three Ingredients-2 continues the flapper adventures of Paisley Idelle Peabody, aka Pip. It’s a 1920s “pantser” story and a culinary mystery. This time Pip’s pal Andy (from The Three Things Serial Story) returns. Granny Phanny is there too. She’s still trying to teach Pip to cook. Granny is in a lather because of the supernatural goings-on in her kitchen. There’s also one pos-i-lutely potent poltergeist! New adventures abound as Pip and Andy unravel an old mystery. It’s all spontaneously driven by “ingredients” sent by readers of the blog, Teagan’s Books. Jump into the jalopy and enjoy the ride. There’s no telling where we’ll go, but it will be the cat’s pajamas!
Read more
Other Formats: Paperback 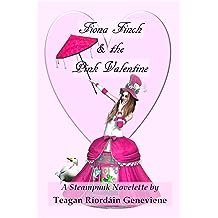 Fiona Finch and the Pink Valentine: A Steampunk Novelette Feb 9, 2020
by Teagan Ríordáin Geneviene
( 8 )
$0.99
Put your feet up and enjoy a whimsical break with this quick, lighthearted story. There’s some romance, and a lot of silliness. It’s a steampunk/Victorian setting. You might call it a long-short story or a novelette.

This is a tale of an old lost valentine and the shenanigans that ensue when it turns up. Fiona Finch and her brother Steele – along with a helping “wing” from Quellie the duck, work to bring two long ago sweethearts back together. Even though it is a Valentine’s Day story, it does not include sex or passionate romance. It does, however, include a lot of imaginative fun. 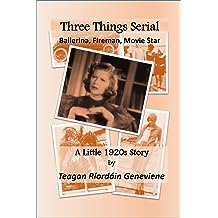 It quickly became a 1920s Mystery with armature sleuth, Pip, telling the story. Pip is determined to be a modern woman, a flapper.

Everything about this story was determined by the random “things” readers sent. Absolutely nothing was pre-planned. First came the narrator, Pip, aka Paisley Idelle Peabody. I imagined the voice of Lucille Ball as Pip, telling a story of her youth. Then came the 1920s setting, inspired by oscillating fan. Next the “things” brought characters, particularly Andy who came back for another serial. Eventually a thing gave me the Florida setting. I think you get the idea of how this worked.
Pip, a modern woman — a flapper, begins the first of several adventures. In this story a mysterious white-haired woman is kidnapped. Pip finds a bent key, a scrap from a special quilt, strange tattoos and other “things.” Later, Pip and her friends find themselves on a luxurious yacht where they encounter figures from history and celebrities of the era. The mystery comes to the forefront when they reach the destination, the gilded mansion, Ca d'Zan.

While it was not great literature, it sure was a fun ride! Many readers asked me to provide the serial as a book, and that’s what I’ve done with this novella. So sit back and enjoy the Three Things Serial. 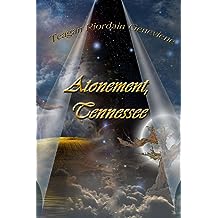 Atonement, Tennessee Dec 21, 2013
by Teagan Geneviene
( 28 )
$0.99
>
>
Esmeralda Lawton is sick of the big city. “Ralda” was betrayed until trust became a theoretical concept. So it’s a dream come true when she buys an old estate, complete with historic cemetery. Okay, she isn’t excited about the cemetery, but she’s strangely drawn to the estate. Atonement, Tennessee, a quaint town, seems like the perfect place for her. However, her new life isn’t quiet.

The house is full of antiques. Some have extraordinary properties — a brass bed causes strange dreams, and a mirror shows the truth of who you are.

A mysterious neighbor secretly watches over the graveyard. There’s more to him than meets the eye, but what? Then there’s Gwydion, owner of Fae’s Flowers. She stubbornly resists her feelings for him.

Ralda suspects that people are drawn to Atonement to, well — atone. She wonders what sins led her there. However, her ancestress made the mistakes.

Atonement is home to more than humans. Supernaturals go there too. Some have fallen far.

This urban fantasy, seasoned with Celtic mythology, comes with a side-order of mystery. Are you sad to see the “Sookie Stackhouse” stories end? Make a visit to Atonement, Tennessee! 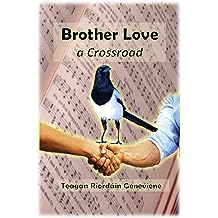 Brother Love - a Crossroad Jul 8, 2019
by Teagan Geneviene
( 11 )
$0.99
“Brother Love – a Crossroad” is a mysterious “Twilight Zone-ish” short novella. It was inspired by the combination of Neil Diamond’s song and the blues legends of Robert Johnson and the Devil at the Crossroads. As in the real world, things in this tale are not what they seem. The setting is rural Mississippi in the 1950s. A group of outcasts are in a small southern town. They don’t realize they are looking for something. Will they find it?
Read more
Other Formats: Paperback 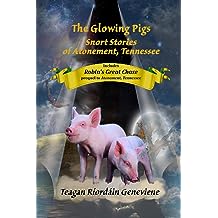 The Glowing Pigs: Snort Stories of Atonement, Tennessee (Atonement Tennessee Book 2) Aug 17, 2018
by Teagan Geneviene
( 4 )
$0.99
These "snort stories" are part of the “universe” of the urban fantasy town created by author
Teagan R. Geneviene ― Atonement, Tennessee. They continue the adventures of the otherworldly pigs and the residents of the quirky town. 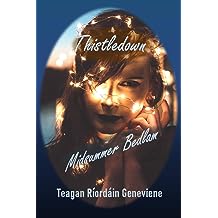 Thistledown – Midsummer Bedlam Dec 13, 2019
by Teagan Ríordáin Geneviene
( 3 )
$1.99
Thistledown ― Midsummer Bedlam is a wildly whimsical tale of faeries. It was originally written for a grownup audience, but it is suitable for children ages eight and over.Thistledown is a world of color and light. It has faeries, hummingbirds, and ancient books of magic. Bedlam Thunder is a misfit faery who is afraid of heights. She is also a seer who has terrible visions of a parallel world devoid of color and brightness. The hate and darkness of that colorless world is seeping into Thistledown. Will Bedlam and her friends be able to save their home?Thistledown ― Midsummer Bedlam, with its radiant creatures and faeries will lift your imagination to new heights.
Read more 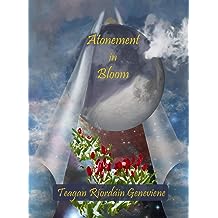 Atonement in Bloom Oct 8, 2018
by Teagan Geneviene
( 11 )
$2.99
"Atonement in Bloom" continues the urban fantasy from the point where "Atonement, Tennessee" ended.The quaint town was stranger than Ralda Lawton could have imagined. The local population included supernatural beings of the fae variety. Although only she and a few others knew about that.In a past life, Ralda ― Esmeralda had been involved in something with those supernaturals and it had carried into her present life. In Atonement, Tennessee, that almost got her killed. Now she has new problems, and new supes to complicate matters.Atonement in Bloom continues the misadventures of Ralda, her friends, and neighbors in the small (but far from peaceful) town of Atonement, Tennessee. Her old house and cemetery are still there, along with Lilith the cat, quirky townsfolk, and assorted supernaturals.Now Lilith the calico sniffs out a strange beast.Fae foolery backfires. A friend is abducted.On a cold December day, Atonement, Tennessee comes into bloom.
Read more 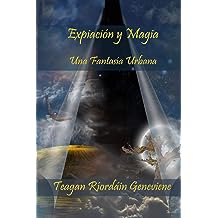 Inglés Descripción
The small town, Atonement, Tennessee is not as quaint as it seems. Humans and supernatural beings are drawn there to atone. It was the deeds of Esmeralda Lawton's ancestor that pulled her there. Unknown magic and danger await!
Read more
Other Formats: Paperback 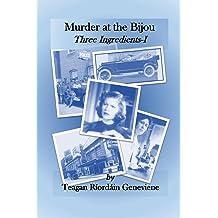 Murder at the Bijou: Three Ingredients I Aug 12, 2017
by Teagan Riordain Geneviene
( 9 )
$2.99
Long ago I developed a writing exercise. I would ask friends to give me three completely random things. Then I would write until I had mentioned all the things. I brought that exercise to my blog, but I had the readers send me their things. I let the random things drive every detail of a serial story, setting, plot, and characters. That resulted in The Three Things Serial Story, which gave birth to this culinary mystery. However, this time the “things” are food related — or ingredients.

As with the first serial, Murder at the Bijou — Three Ingredients I is a spontaneously written, pantser story. I let the “ingredients” readers sent each week drive every aspect of a new serial story. This is the “bookized” version of that serial.

This time the Jazz Age setting is Savannah, Georgia where our flapper, Pip is “sentenced” to live with her grandmother and learn to cook. Pip gets caught up in a layered mystery that includes bootleggers, G-men, and the varied challenges of being a young woman in changing times. She meets new friends including some animal characters.

If you have not read The Three Things Serial Story, be warned. This adventure contains a bit of a spoiler, but does not go into detail about it.