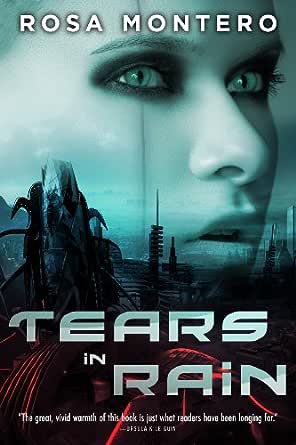 You've subscribed to Bruna Husky! We will preorder your items within 24 hours of when they become available. When new books are released, we'll charge your default payment method for the lowest price available during the pre-order period.
Update your device or payment method, cancel individual pre-orders or your subscription at
Your Memberships & Subscriptions
There was an error. We were unable to process your subscription due to an error. Please refresh and try again. 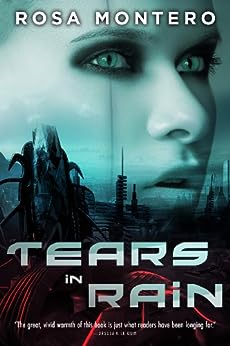 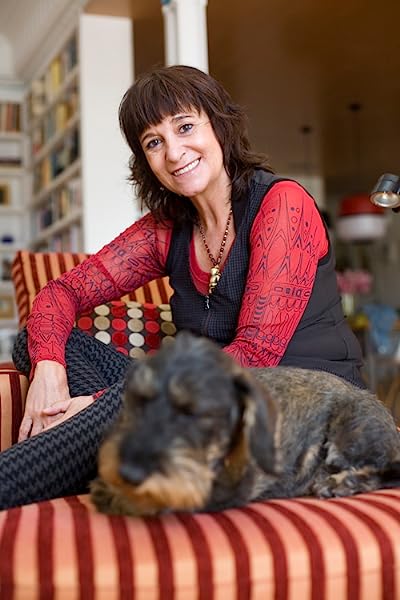 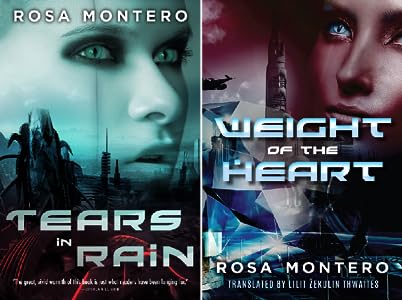 "Tears in Rain is that excellent science fiction blend of fascinating concepts with twisting plots and intense characters who refuse to remain static, even as the world tries to force them into a particular mold.” – Examiner.com

"Rosa Montero's Tears in Rain captures and blends good Science Fiction with social commentary and a crime thriller on par with Tami Hoag or Tess Gerrittsen." – Lathe of Dreams.com

In Spain at the beginning of the twenty-second century, in a society in which humans and humanoid androids (also known as technohumans, or replicants) have an uneasy coexistence, replicants are starting to murder each other in fits of homicidal rage, before killing themselves—victims, it seems, of deliberately corrupted artificial memories. Private detective Bruna Husky, herself a combat-model replicant, nearly becomes a murder victim herself before being hired to find out who’s responsible for the mayhem. Despite its grungy, neo-noir feel; its use of the term replicant; and its title—a quote from Rutger Hauer’s famous dying monologue in Blade Runner—this is not a sequel to that classic movie, or even a tale set in the Blade Runner world. But it is connected thematically to the movie, and fans of Ridley Scott’s film (and the Philip K. Dick story on which it is based), should definitely enjoy this well-plotted, imaginative tale. The writing is a bit clunky at times—perhaps an artifact of the translation—but it will take a lot more than the occasional awkward turn of phrase to make readers put this book down once it gets rolling. --David Pitt --This text refers to the paperback edition.

Rosa Montero is an acclaimed novelist and an award-winning journalist for the Spanish newspaper El País. A native of Madrid and the daughter of a professional bullfighter, Montero published her first novel at age twenty-eight. She has won Spain’s top book award, the Qué Leer Prize, twice―for The Lunatic of the House in 2003 and Story of the Transparent King in 2005. A prolific author of twenty-six books, her other titles include the short-story collection Lovers and Enemies and the novels Beautiful and Dark, My Beloved Boss, and The Heart of the Tartar. --This text refers to an out of print or unavailable edition of this title.
Read more