You've subscribed to Bear Patrol! We will preorder your items within 24 hours of when they become available. When new books are released, we'll charge your default payment method for the lowest price available during the pre-order period.
Update your device or payment method, cancel individual pre-orders or your subscription at
Your Memberships & Subscriptions
There was an error. We were unable to process your subscription due to an error. Please refresh and try again. 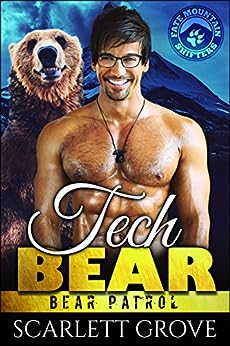 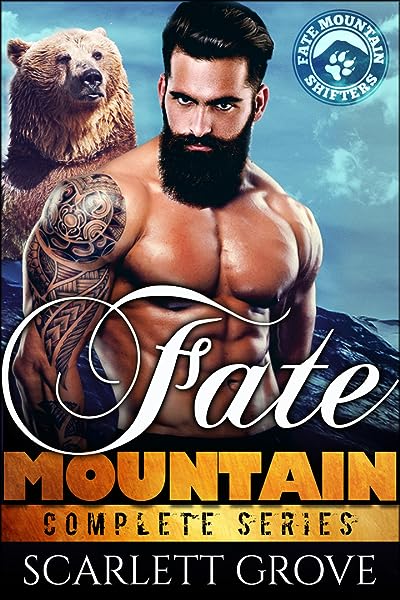 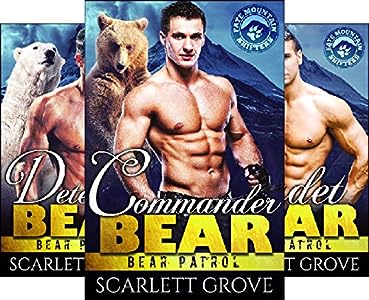 4.3 out of 5 stars
4.3 out of 5
87 global ratings
How are ratings calculated?
To calculate the overall star rating and percentage breakdown by star, we don’t use a simple average. Instead, our system considers things like how recent a review is and if the reviewer bought the item on Amazon. It also analyzes reviews to verify trustworthiness.
Top reviews

Kindle Customer
2.0 out of 5 stars Irritating Characters and Implausible Story . . .
Reviewed in the United States on March 18, 2017
Verified Purchase
I like the other books in this series, but not this one. This story is about Raven, a computer programmer and hacker, whose mated to Damien, a computer programmer who works for the local police. First, I didn't really care for the unnecessary in-depth explanation of their gamer habits. A little bit is world building and I would've been okay with that, but it was too much and got boring pretty quick.

Second, Raven's personality is not very likable. She's just kind of weird and standoffish. And she treats Damien horribly when she first meets him even though he's so excited to finally meet his mate. He, of course, forgives her immediately, but she just didn't really have enough redeeming qualities for me to ever warm up to her. I also didn't think their personalities meshed very well. She's supposedly Gothic and kind of a loner, so I can't see her connecting to him all that well since he's highly social with lots of friends & family in his life.

Then there's the whole mystery surrounding her mother's disappearance. Not to give away too much of the story, but the circumstance surrounding everyone's behavior is just too odd and highly implausible in some cases. From the sheriff who didn't investigate her mother's disappearance or other deaths, to the fact that all this evidence was so easily found after 20 years, just really set my teeth on edge. If the clues were so easy to see, why didn't anyone else living in the community at the time put two and two together? And yet Raven and Damien come along and solve everything in a couple of days?
Read more
Helpful
Report abuse

McIn
4.0 out of 5 stars Be Careful What You Wish For
Reviewed in the United States on November 20, 2016
Verified Purchase
Damien and Raven's story was sweet and hot! Just a perfect combination. These two have known each other only on their online gaming forms for seven years.

Damien is a Bear Patrol detective and their tech person. He is dealing with a breach in their system currently. He is bound and determined to put a stop to that mess. Although, he is happy when he can get hone and away from it all where he can meet up with Raven to play the online game. He jokes with Raven and suggests she sign up on mates.com. He himself has been waiting for his fated mate for awhile now. Then he gets a ping on his phone from mate.com that will change his life.

Raven is a little nervous about doing what her friend is suggesting, but caves. To her surprise, she is matched with Damien and when she sees his face for the first time online she is thrilled and mortified... because he is drop dead gorgeous but... he is a police officer with the Fate Mountain Bear Patrol. She knows she is doomed because if he discovers the truth she could be going away for a very long time.

Darlene Dupee
5.0 out of 5 stars Two geeks coming together as one.
Reviewed in the United States on March 10, 2017
Verified Purchase
Damien other wise known as Tech Bear of Bear Patrol has known Raven for seven years. They have been the best of friends while playing their video games. He us a paladin and she is a elf rogue.

In seven years they have never meet. But when someone hacks into the police data banks, thing get dicey for Raven. When they finally do meet Damien convinces Raven to try Mate.com. This is a website that help pick fated mates.

Can they truly be fated mates? Does Raven come clean? How does Rollo chief bear handle Tech bears news about Ravens mother. Please join me in reading this book . I would give it 5 / 5 stars , Please either buy or borrow this book and remember to leave a review the author loves them . E
Read more
Helpful
Report abuse

Babs
5.0 out of 5 stars Tech Bear (Bear Shifter Paranormal Romance) (Bear... Scarlett Grove
Reviewed in the United States on November 17, 2016
Verified Purchase
Last book in the Bear Patrol and it was just as good as the rest another book I did not want to put down. Both Damien Fellows and Raven Lucas are Lifelong techies and have played an online video-game as friends for seven years.Damien is Tech Bear Paladin and Raven is Rogue Elf while they are on line he tells her about Mate.com and says his picture is there, he asks her to join the site as he thinks she is his mate. Imagine her surprise when she is matched with him but also learns he is a police officer as she has some thing to hide. What is it? Will these two get a happy ending or will what she is hiding be enough to keep them apart?
Read more
Helpful
Report abuse

Serenity Oh
1.0 out of 5 stars Repetitive ad nauseum. Don't buy!
Reviewed in the United States on March 23, 2017
Verified Purchase
I gave up halfway through. This was the worst book I've read in a while.

So much is repeated, some of it several times (i.e. She had only live there a few months, she had only moved there three months ago, she moved to Fate Mountain three months ago). One conversation was even summarised directly after it had end!

I can't really say anything about the romance because halfway in there has mostly been about the game (which we are told REPEATEDLY they've played together for seven years).

Ruth Starchman Book Reviews
5.0 out of 5 stars Tech Bear by Scarlett Grove
Reviewed in the United States on November 26, 2016
Verified Purchase
Raven and Damien had played an on line game for 7yrs. The had b never met but had become friends . Damien was a cop or Forensic expert for the shifter force. Raven had moved to Fate Mountain in order to find out about who had disappeared 20yrs. ago when Raven was 5yrs.old. Raven just knew her mother didn't abandon her. She had been hacking the police records and Damien had been trying to find out who was hacking them .Read this very good story a chance and read it you will enjoy.
Read more
Helpful
Report abuse

Christine Anderson
4.0 out of 5 stars This is a must read!
Reviewed in the United States on December 30, 2017
Verified Purchase
Ms Grove does it again. Each story gets better and better. I love that the characters from previous books appear and support the main characters. Raven is such a strong character she knows in order to be able to commit to Damien she must tell him the truth. When she does, Damien accepts her and does everything he can to help her.
Read more
Helpful
Report abuse

Guccigirl35
3.0 out of 5 stars 3.5 Stars.
Reviewed in the United States on November 22, 2016
Verified Purchase
Tech Bear was a good read. This is Tech bear and Raven's story. I found it somewhat similar to Command Bear's or Geek Bear's Story. Storyline was good and Grove kept the story flowing. I loved seeing the other characters from previous stories. I didn't understand Lilly and Raven's relationship.
I wish I could read Knox and Harpers Story for some reason his character always intrigued me.
Read more
Helpful
Report abuse
See all reviews

Rachael Bromley
5.0 out of 5 stars Tech bear meets hi perfect match
Reviewed in the United Kingdom on January 1, 2017
Verified Purchase
I loved this book as with all the other fate mountain books and it's so good to hear about the fate of the character you have read about in the books before. Tech bear plays an online game where he meets Raven the elf rogue. It's been 7 years since he met her. They have never met but he likes her and she likes him but have never met. Raven goes onto mate.com and finds Tech bear to be her 100%. They meet but she has secrets that she doesn't know how to tell. Can she and her fated mate be together whilst she has these untold secrets or can she trust him enough to tell him and accept his help to figure out a 20 year mystery.
Read more
Report abuse

Angela Gunstone
5.0 out of 5 stars Tech bear
Reviewed in the United Kingdom on November 17, 2016
Verified Purchase
Oh wow loved the storyline and characters it was so hard to put down I had to read it all so it's a well deserved five stars and I would recommend this book to everyone as well as the series
Read more
Report abuse