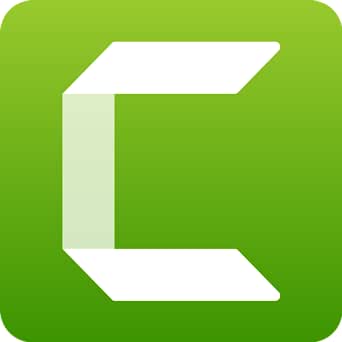 Brand: TechSmith
Platform : Mac OS X El Capitan 10.11, Windows 8, Windows 10, Windows 7, Mac OS X 10.10 Yosemite
3.3 out of 5 stars 26 ratings
Currently unavailable.
We don't know when or if this item will be back in stock.
Note: You can access this item in Your Software Library. The number of computers eligible for installation may vary.
By placing your order, you agree to our Terms of Use.
This product is non-returnable and non-refundable.
Note: Currently, this item is available only to customers located in the United States.

Camtasia empowers you to make amazing videos—even if you’ve never made one before. Record a video of your screen or bring in your own video footage. Then, use Camtasia’s drag-and-drop editor to easily create remarkable videos you can share with anyone. Keep your audience engaged by adding eye-catching animations, music, and captions in record time. With Camtasia, you’ll be able to produce stunning videos without being a professional video editor.
Customer Questions & Answers
See questions and answers

3.3 out of 5 stars
3.3 out of 5
26 customer ratings
How does Amazon calculate star ratings?
Amazon calculates a product’s star ratings based on a machine learned model instead of a raw data average. The model takes into account factors including the age of a rating, whether the ratings are from verified purchasers, and factors that establish reviewer trustworthiness.
Top Reviews

Tim Struckmeier
5.0 out of 5 stars Camtasia 9 is loaded with tons of cool features
Reviewed in the United States on January 19, 2017
Verified Purchase
I'm just a self-taught amateur videography hobbyist, and by no means an expert. I enjoy recording, editing, and posting occasional videos on my YouTube Channel for fun, not profit. That said, I'm always looking for ways to improve. Toward that end, I've purchased several different brands of editing software, and found almost all of them to be useful, albeit quite similar in most respects. Camtasia 9 is my most recent editing software purchase. I've only been using it for about a month or so, and I haven't owned any previous versions of Camtasia. As with all of the editing software I've tried, Camtasia 9 is loaded with tons of cool features that are similar for the most part with other video editing software programs. But there are some Camtasia 9 features that I haven't seen elsewhere. That may be due to the fact that Camtasia 9 is more expensive than some, or because is a very new version that has only recently been released, or whatever. In any case, without going into all the geeky details in this already overly long review, I've been very satisfied with Camtasia 9 so far, and I recommend it, for whatever that may be worth. Just to be totally clear; I have no connection whatsoever with Camtasia 9, or it's manufacturer, or to Amazon, other than being just an ordinary customer who willingly paid full price, and purchased Camtasia 9 on Amazon. I am not an affiliate. I have no axe to grind. I have nothing to gain. No one has contacted me. No discounts or other considerations were offered. No one requested this review. Hmmm... Did I leave anything
out? Nope, I don't think so, lol.
Read more
40 people found this helpful
Helpful
Comment Report abuse

Amazon Customer
5.0 out of 5 stars Great video editing software - good for you-tube creations
Reviewed in the United States on June 21, 2017
Verified Purchase
This software is downright amazing. The training videos help to learn the software quickly, but overall the interface is pretty intuitive. After watching a couple of their intro videos I was up and running quickly. Install was painless, interface with powerpoint is awesome too.
Read more
6 people found this helpful
Helpful
Comment Report abuse

Juan Jimenez
5.0 out of 5 stars Great product.
Reviewed in the United States on October 7, 2017
Verified Purchase
This is the best video editor I ever used; and I used many.
Read more
4 people found this helpful
Helpful
Comment Report abuse

K. New-Wall
5.0 out of 5 stars Camtasia user for 5 years
Reviewed in the United States on July 28, 2017
Verified Purchase
I love Camtasia. Been using it for 5 years. Now, i am teaching my 11 year old daughter to use it to turn her comics into animations.
Read more
5 people found this helpful
Helpful
Comment Report abuse

abdurrhman ali
5.0 out of 5 stars Five Stars
Reviewed in the United States on September 26, 2017
Verified Purchase
program is good, and wonderful
Worth every penny paid in
Read more
3 people found this helpful
Helpful
Comment Report abuse

Low Blood Sugar
5.0 out of 5 stars Five Stars
Reviewed in the United States on April 23, 2018
Verified Purchase
Code is legit and worked
Read more
One person found this helpful
Helpful
Comment Report abuse
See all reviews from the United States