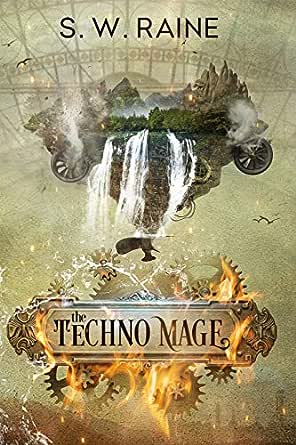 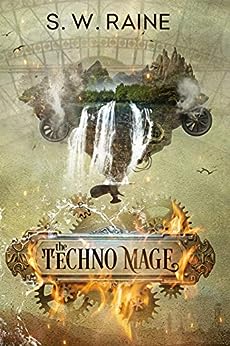 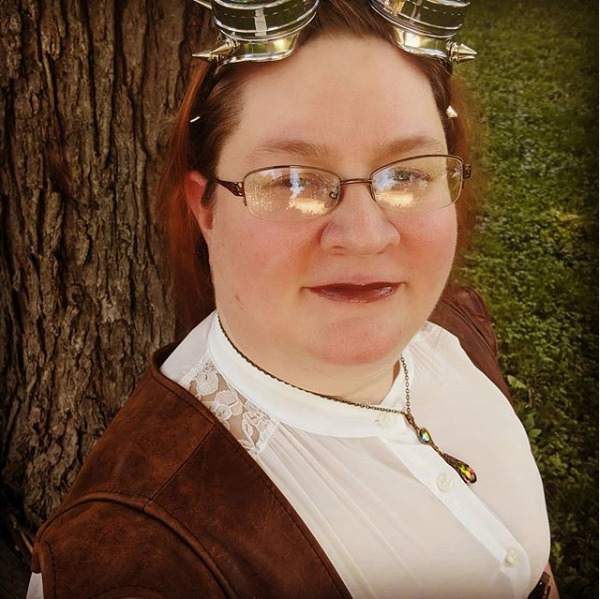 JJ
5.0 out of 5 stars Let's go on an adventure
Reviewed in the United States on September 18, 2020
Verified Purchase
You need to read this book. The author writes a story that's moving and spends the right amount of time for character development.
Read more
Helpful
Comment Report abuse

Joseph Crawford
5.0 out of 5 stars A Solid Debut
Reviewed in the United States on November 17, 2020
Verified Purchase
A classic adventure in the vein of Final Fantasy with clean prose and strong characterization, The Techno Mage is a fun comfort read ala Stardust and the Princess Bride.
Read more
Helpful
Comment Report abuse

Jessica Lucci
5.0 out of 5 stars Steampunk, dieselpunk, and sci-fi fantasy fans, here is your book!
Reviewed in the United States on September 15, 2020
"The Techno Mage" by S.W. Raine combines elements of sci-fi fantasy in a fast paced adventure with a tint of the macabre.

Three friends, Magaliana "Mags," Arteus, and Ikarim, work together with Doctor Gesselmeyer using their own particular talents. With their individual strengths, they lead a successful life amid airships, science, technology, and alchemy in there Germanic home.

All is well until one day their boss and head of the family, Gesselmeyer, returns from a secretive trip gravely ill. Upon his death, Arteus learns a life-changing fact that swerves his fate. He himself has a secret that shames him, a matter so personal that he feels the need to keep even his beloved Mags from knowing. Ikarim is the loyal friend who keeps the peace, even when they encounter airship pirates and are separated by the influence of the Techno Mage. The Techno Mage is a foe so powerful that most civilians do not dare defy him, and the three friends crumble in his evil plot.

Mags has been pressed by her parents to marry and settle down into the more acceptable lifestyle as an aristocrat. Instead, she naively embarks on a voyage with the Techno Mage. She is determined to learn his craft of alchemy as she pursues excellence din her own practice. Little by little, she becomes charmed by the Techno Mage, and agrees to marry him.

When the wedding turns into a rescue mission, the three friends are changed forever. Watching Mags fall overboard the airship to a certain death, Arteus does to recover her body and avenge her. Ikarim is also heart broken by the loss of Mags, and accompanies Arteus on his mission. First they must enlist in the armed forces together in order to gain the necessary skills to find Mags's remains and conquer the Techno Mage once and for all.

There are more secrets yet to unfold. The Techno Mage holds more power than any of the friends imagined. It is a vile, filthy, nasty, disgusting secret that suddenly comes to light in the most gruesome way.

Then Arteus and Ikarim encounter a mysterious woman and find themselves at her mercy. Their mission has evolved, and so has the Techno Mage.

Despite their individual flaws and fights, Arteus and Ikarim prove to be a competent team. Even when the worst they could have dreamed of throws them into a battle they cannot win, they persevere together.

This novel is packed with high energy, rewarding character development, and one of the grossest scenes I have ever been delighted to read. In fact, I read this book front to back twice in a row because I just couldn't get enough!

I have been careful in this review not to divulge any spoilers. This entire book flows with so many twists and turns, it was difficult not to reveal too much!

The character arcs were fulfilling. At first, I didn't;t particularly like any of the characters. They changed appropriately through the challenges of their separate and combined fates in ways that was exceptionally satisfying.

I highly recommend this book to fans of steampunk, dieselpunk, and sci-fi fantasy. It is appropriate for teens as well as adults. What a breathtaking adventure!
Read more
Helpful
Comment Report abuse

Airships teeter in the sky. Alchemy fuels the mechanisms. As two mechanics and an alchemist, Ikarim, Arteus, and Magaliana have ingrained themselves into society while under the wing of Arteus’s father. But after Art’s father dies and sky pirates raid their shop, the trio are sent on a whirlwind of an adventure, surrounding the mythical figure: the Techno Mage.

The mage is everything Magaliana thought was fantasy: charming, charismatic, and with the ability to perform true alchemy, he completely enthralls her. She wants nothing more but to master the art of alchemy just like he did. But will mastering it mean sacrificing her own values?

A well written, fast paced adventure, S.W. Raine’s debut novel will whisk readers young and old into a world of magic and technology. The characters are well defined: hot-headed Arteus, level-headed Ikarin, and tough-as-nails Magaliana serve as three different insights into the story. Then you have Josepheus, the slimy Technomage, who’s voice cuts through the paper like a deceptive breeze. The beginning is well thought out, giving the reader a chance to get to know the characters and see their motivations, as well as learn what brought them all together. Even if you haven’t read too much steampunk fiction, Raine does a good job at introducing the different elements to the world without inundating the reader with world building.

Yet, despite the well thought out beginning, the pacing grows muddy throughout the narrative. Parts will meander, before speeding up. While this often happens in many narratives, there were parts I would have enjoyed exploring more in depth: the Haze, the dichotomy between the above and below worlds, the second half of Mags’s arc, as well as the ultimate confrontation with the Technomage and his beloved Juliet. Yet, despite the fast paced nature of these part, I learned enough to still enjoy the story.

What did ultimately knock this book down to 3 stars for me though was a single trope. This is a personal opinion and might not impact most people’s thoughts on the book. Unfortunately, while Magaliana is a tough, powerful, and intelligent woman who I really adore, she falls into the “Smurfette Principle.” She is basically the only woman in the story. Yes there is Juliet and the characters mother’s, but they’re so brief in comparison to Magaliana’s role. While this occurs plenty in fiction, and often times is easy to overlook, the one issue I had was how so many of the male characters were infatuated with Magaliana, or used her to their advantage. Yes, Magaliana is endearing and intelligent, but it was something that personally made me a bit uneasy. This was made worse by how I interpreted the ages of characters, which are never blatantly mentioned, placing Magaliana’s fate at the hands of men older than her.

Still, The Techno Mage by S.W. Raine is a promising first novel that will captivate audiences. I definitely recommend that people jump on this voyage with Ikarim, Arteus, and Magaliana…it will be a fun time.

Note: I received a free copy of this book in exchange for an honest review.
Read more
Helpful
Comment Report abuse

Chrystal1331
5.0 out of 5 stars Great read!
Reviewed in the United States on September 15, 2020
I loved this story so much. I had read steampunk before but never a story like this. So glad I took a chance on this novel. I was very pleased and can't wait to read more from this author.
Read more
Helpful
Comment Report abuse
See all reviews

Heather Currie
4.0 out of 5 stars Fun read!
Reviewed in Canada on October 22, 2020
Verified Purchase
This is a really fun read! I particularly liked the characters in this book!
Read more
Report abuse
See all reviews