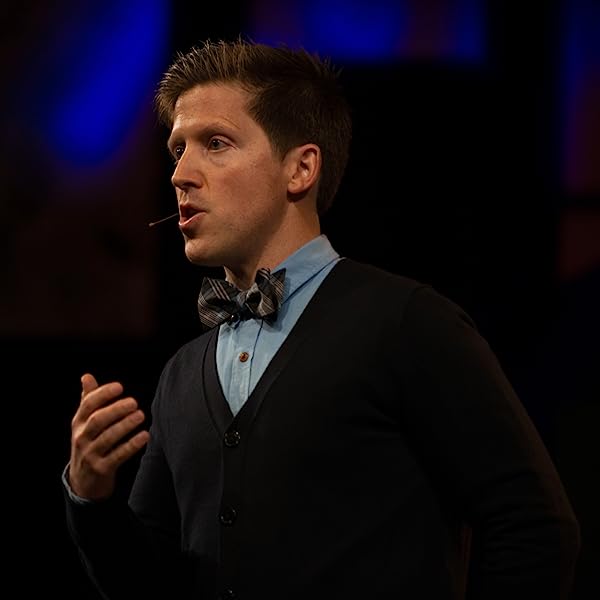 Drawing from his own experiences as a troubled youth, plus nearly a decade of motivational speaking to teen audiences, Shipp offers an unusually stimulating approach to making life decisions, rejecting bad choices, and nurturing a sense of self-identity. In his view, it is all about “dominating” one’s own self and world (without dominating those of others, which is evil) by identifying and dealing with teeming hordes of “villains”—which include Ghosts (i.e., self-imposed fears and limitations), Robots (who seek to replace individual paths with preprogrammed career expectations), and similarly metaphorical Ninjas, Zombies, Pirates, Vampires, and Puppies. Though he waxes platitudinous toward the end (“Never settle for good”; “You need to have a plan”; “Cool isn’t for sale”) his hip vocabulary, vivid imagery, and confrontational rhetoric (“In your face, but on your side,” as he repeatedly writes) should keep readers engaged, and may well prompt some slackers to get off the stick. Grades 8-11. --John Peters

“'Be the hero of your own story' gets a twenty-first-century makeover with candor, sound advice, and raw, real truisms you just can't duck-n-dodge. Simply put: If you don't choose to control your own world, then other people will call the shots for you.” -AMY JUSSEL, Executive Director of SHAPING YOUTH

"As a counselor who works with tweens, teens, and parents, I would definitely recommend this book. Josh writes in a way that connects with his teen audience. He offers solid advice and life lessons without being preachy or condescending. Worth the read for parents and kids alike."  -Julie Smith, Licensed Family Therapist

"Josh Shipp's book The Teen's Guide to World Domination is full of hilarious stories, great advice and countless life lessons which capture the heart and mind of a teenager helping him or her to navigate a path towards success." -Sean Covey, Author of "THE 7 HABITS OF HIGHLY EFFECTIVE TEENS"

He is the founder of Youth Speaker University and his TV series TEEN TROUBLE (A&E / Lifetime) documented his work with teens in crisis. He is a recognized teen expert for media outlets as MTV, CNN, FOX, The New York Times, 20/20, Good Morning America.

Free tools and resources at: FreeTeenHelp.com

Part 1
FUNDAMENTALS of WORLD DOMINATION
1.
Total World Domination = Epic Fail
// Let’s face it: Total world domination never works.
(OK, you’re probably confused. Maybe you’re wondering if you’re actually reading the right book. You probably read the title and picked it up thinking world domination sounded like a pretty good idea, but then you opened it up and—what the … ?—the title of the first part seems to contradict the title of the book! Yes, I am tricksy. What were you expecting? This ain’t no textbook. We need to understand each other before we go any further: I operate in one way and one way only—always in your face, but on your side. Copy? OK, so, let’s clear the air. You are asking, “Josh, are you actually contradicting the title of your book in the first paragraph?” Yes, I am. Onward …)
When I was just a little boy wonder, there was this cartoon called Animaniacs. You probably don’t remember it, but the show featured a recurring segment called “Pinky and the Brain” about two genetically enhanced lab mice: Pinky, an idiot, and Brain, a diabolical genius much like yourself. Every episode began with these two lines of dialogue:

Pinky: Gee, Brain, what are we going to do tonight?
Brain: The same thing we do every night, Pinky: Try to take over the world!

Page 1 of 1 Start overPage 1 of 1
This shopping feature will continue to load items when the Enter key is pressed. In order to navigate out of this carousel please use your heading shortcut key to navigate to the next or previous heading.
Back
Next
Pages with related products. See and discover other items: gifts for teenagers, discover the world, teenage boy gifts, games for gifted students