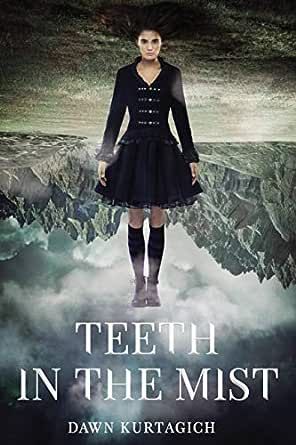 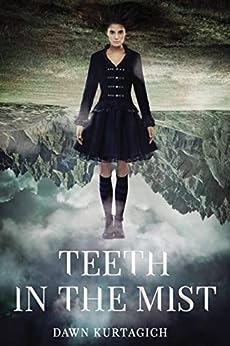 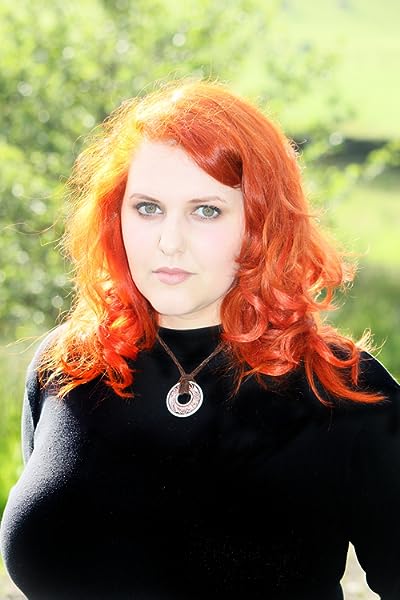 Teeth in the Mist Kindle Edition

"In TEETH IN THE MIST, Dawn Kurtagich weaves genres, time periods and sets of characters with deft fingers. Connecting all is the mysterious Mill House. Readers will be fascinated, perplexed, often freaked out, and always wanting to turn the next page."―Juliet Marillier, author of the Blackthorn & Grim series

"Kurtagich's writing is evocative and fearless. Teeth in the Mist abounds with atmosphere, mystery, and horror and gleefully plays with the Faust legend in ways both modern and classically Gothic."― Cat Winters, author of In the Shadow of Blackbirds and The Raven's Tale

Dawn Kurtagich is a writer of psychologically sinister fiction, and she has a dark and twisted imagination! She lives in Wales, an ancient and mountainous country within the UK (go to England's Midlands and turn left towards the sea). However, she grew up all over the world, predominantly in Africa. She is the author of The Dead House, And the Trees Crept In, and Teeth in the Mist. --This text refers to an alternate kindle_edition edition.

4.4 out of 5 stars
4.4 out of 5
61 global ratings
How are ratings calculated?
To calculate the overall star rating and percentage breakdown by star, we don’t use a simple average. Instead, our system considers things like how recent a review is and if the reviewer bought the item on Amazon. It also analyzes reviews to verify trustworthiness.

Kristin’s Book Blab
5.0 out of 5 stars Beautiful book, creepy story! Amazing
Reviewed in the United States on August 23, 2019
Verified Purchase
This was everything I wanted and more!

For one the book is absolutely beautiful! It has pictures and letters, random black pages with white script and all kinds of weird stuff! This was my most anticipated book of 2019 and thank the Gods it didn’t let me down!

I loved everything about this story. Roan was an amazing character, I loved her story and how she’s trying to figure out her whole life when she is shipped to this random house in the middle of the woods built into a mountain! She was raised by an abusive father who taught her magic but also told her never to speak it. He kept her locked up and treated her like an animal yet she still writes to him (even though he’s dead) for advice.

This is about magic, witches, the Devil, ghosts and all sorts of dark stuff. It’s very dark. Be aware. There’s some pretty gruesome scenes and it isn’t for those who scare easily (like me)

Zoey is a Witch as well, when her father loses all of his memory she goes to Mill House to find out what happened when he visited and try and save him! Only to learn so much about herself and her dad.
<b> THERE IS ALSO A F/F ROMANCE IN THIS AND IM LIVING FOR IT!!!! </b>

I can’t really say much else I don’t want to spoilt anything but just know this is very dark, creepy and amazing! It will make you look in all the dark corners and listen to every little noise you hear. I am so so so happy this was as spooky as it was. Thank you Dawn for an amazing story!!!! 🖤📖💀
Read more
2 people found this helpful
Helpful
Report abuse

Paige G.
4.0 out of 5 stars book review
Reviewed in the United States on June 16, 2019
Verified Purchase
Disclaimer: I received an arc from TheNovl and a finished copy from Rockstar Book Tours AND I ordered my own copy. Thanks! All opinions are my own!

Synopsis: Before the birth of time, a monk uncovers the Devil’s Tongue and dares to speak it. The repercussions will be felt for generations…

Sixteen-year-old photography enthusiast Zoey has been fascinated by the haunted, burnt-out ruins of Medwyn Mill House for as long as she can remember–so she and her best friend, Poulton, run away from home to explore them. But are they really alone in the house? And who will know if something goes wrong?

In 1851, seventeen-year-old Roan arrives at the Mill House as a ward–one of three, all with something to hide from their new guardian. When Roan learns that she is connected to an ancient secret, she must escape the house before she is trapped forever.

1583. Hermione, a new young bride, accompanies her husband to the wilds of North Wales where he plans to build the largest water mill and mansion in the area. But rumors of unholy rituals lead to a tragic occurrence and she will need all her strength to defeat it.

Three women, centuries apart, drawn together by one Unholy Pact. A pact made by a man who, more than a thousand years later, may still be watching…

Review: Holy cow I loved this book! This was the perfect ya horror book for my current mood and I think this would be an excellent Halloween novel! The characters are well developed, the world building is amazing, and the writing is truly magnificent.

My only issues are that the book gets a bit slow in the middle and the beginning is kinda hard to get into. You’re thrown into this world and you gotta reorient yourself when the pov switches for the first time. After that, it flows very well.

Kim G.
4.0 out of 5 stars Engaging and atmospheric!
Reviewed in the United States on September 3, 2019
Verified Purchase
In 977 AD, a monk uncovers the hidden language of the Devil’s Tongue. As he dares to speak the words aloud, they reverberate through time and alters reality of the generations that follow.

Hermoine, Roan, and Zoey are three women separated by centuries are bound together by fate as they are drawn to the desolate mountain wilderness of North Wales and the energy surrounding Mill House.

1583, Hermoine is a young bride whose husband has a wild vision of taming the mountain wilderness and building the largest water mill and mansion in Wales.

1851, Roan is a recently orphaned young woman just coming into a dark power that she must conceal from her new guardian at all costs.

Now (2019) Zoey is a videographer obsessed with the haunted ruins of Mill House. She runs away from home, dragging her best friend to help her check out the mysteries of the old mansion on a far away mountain.

When the sun dips down beneath the mountains, a thick oppressive fog settles around Mill House seeking to trap them there. Scattered across time they each must learn the dark secrets of the house before time runs out.

Since I began dabbling with graphic design, I have learned to appreciate the moods, and themes that particular fonts can invoke in a viewer. It’s a puzzle that the reader must solve from the moment they pick a book from the shelf when they see a cover. What is this novel about? Is the title full of elegant curves or some feminine flair that signifies this might be a romance? Are the letters heavy with an edge of foreboding of a thriller? Or are the letters sleek, and futuristic feeling?

With this in mind, I was pleasantly surprised when I dug into <i>Teeth in the Mist</i> and saw its use of font to convey more meaning to the oppressive atmosphere of the novel. At points the feeling of the book becomes claustrophobic as the words crush together on a white background. At other points the pages plunge into darkness. It adds tension to the narrative in an inventive way that I’m unsure of how it’d translate to audiobook. It’s a daring book design that I remember being advised against doing when I was about 13.

I appreciate that modern publishers are willing to experiment in this sort of formatting. This isn’t to the extreme of the strange formatting of a novel like say, <i>House of Leaves</i> to unravel the true meaning of the events at hand but it is interesting to experience.

<i>Teeth in the Mist</i> tackles its narrative in three perspectives across 3 different time periods and with 3 different style formats following 3 women: Roan, Zoey, and Hermoine.

Roan’s portions in 1851 are more standard third person with the occasional letter and diary entry. Zoey’s modern day portions are styled like found footage of text messages, and transcripts of video recordings. And Hermoine’s entries in 1583 are letters and diary entries. This reminded me of the formating of Bram Stoker's <i>Dracula</i>.

<i>Teeth in the Mist</i> pulled me in and left me full of questions. I enjoyed the slow building tension and the unknown threat of whatever lurked in the mist outside the house. When events start spiraling out of control, it picks up its pacing and crashes to an end. Other reviewers and commentators during the September 2019 the Ladies of Horror Fiction group read mentioned that the shift in point of view was sometimes difficult to track but I didn’t personally have that problem following along.

When the book ended, I felt like I needed more information. My main issues were the romantic relationships. I felt like these young women fell into their relationships a bit too quickly which is symptomatic of most romance plots in general and not just young adult novels.

Zoey’s sexuality might be off putting to some parents simply looking for a creepy read for their children but the material and more physical scenes seem geared to the upper end of the ambiguous Young adult genre (16-18 years old) rather than the lower end (12 years old). I wouldn’t describe it as intensely graphic but I also wouldn’t portray it as a chaste story.

Slow, atmospheric, <i>Teeth in the Mist</i>’s visual design lends itself beautifully to the moody atmosphere with words bubbling together until they shatter in rage or collapse into dark anguish. I look forward to the next installment to get some questions answers and loose strings tied up.
Read more
Helpful
Report abuse
See all reviews

katie
5.0 out of 5 stars Great YA horror
Reviewed in the United Kingdom on May 10, 2020
Verified Purchase
I loved this book, it felt very much like a horror movie whilst reading it. The different points of view from different times flowed really well together and I really enjoyed the mixed media style. This book features a mix of diary entries and story telling with pictures and the 2 different stories within were both very captivating. I couldn't wait to find out how it ended.
I would definitely recommend if you’re looking for a YA horror book.
Read more
Report abuse

K. R. Ellis
5.0 out of 5 stars Another belter from Dawn Kurtagich!
Reviewed in the United Kingdom on July 17, 2020
Verified Purchase
This book is utterly gripping and chilling - a gothic horror that will have its claws (and teeth!) in you far beyond the final page.
Read more
Report abuse

Gabby
2.0 out of 5 stars Blah!
Reviewed in Mexico on August 27, 2020
Verified Purchase
Don't bother, I got It because I wanted to read something scary AND was dissapointed AND the end...
Read more
Report abuse
See all reviews