The Tell and millions of other books are available for Amazon Kindle. Learn more
Share <Embed> 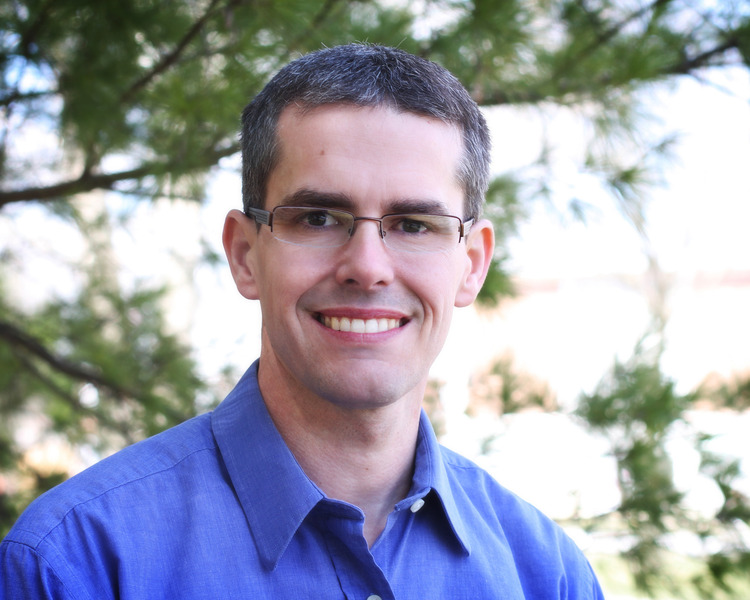 The Tell: The Little Clues That Reveal Big Truths about Who We Are Hardcover – November 12, 2013

by Matthew Hertenstein (Author)
3.8 out of 5 stars 79 ratings
See all formats and editions
Sorry, there was a problem loading this page. Try again.

Drawing on poker's concept of the tell, a mannerism that can yield clues to an opponent's cards, and numerous behavioral studies in which he has been involved, psychologist Hertenstein has produced a study that is lively and engaging yet unremarkable in its conclusion that both environment and genes influence our decision-making. For example, he reveals that we're able to predict ways an adult might behave by looking at early tells; thus, infants that have insecure attachments to their parents are more likely than those with secure attachments to develop some form of psychopathology later. Various studies have found that facial features can be useful in predicting aggression or lying and cheating: In carefully controlled studies, men with wider faces were three times more willing to lie than slim-faced men. In dating, women choose men based on facial attractiveness, symmetry, smell, and masculinity, while men choose women who are attractive, youthful, and display signs of fertility. Despite the inconclusiveness of evolutionary psychology, Hertenstein offers much material to ponder and suggests that we embrace the power of these tools for helping us predict behavior, though he also cautions against an overly prescriptive use of these approaches, which could lead to harmful cultural stereotypes. 31 b&w figures. (Nov.)

“Entertaining...in the Malcolm Gladwell-ian tradition.”
—Greater Good: The Science of a Meaningful Life

“Those curious to learn about the powers of observation and the unconscious mind should definitely put this book on their to-read list.”
—Quick Book Reviews

“Lively and engaging.... Hertenstein offers much material to ponder and suggests that we embrace the power of these tools for helping us predict behavior.”
—Publishers Weekly

“The human brain, some have said, is a prediction machine. Sometimes our forecasts go awry, of course. But often our astonishing ability to predict helps us navigate our complex physical, social, and emotional environments. In this fascinating book, Matthew Hertenstein unpacks the secrets of our predictive abilities and shows how we can hone those abilities to become better judges of people and situations. The Tell is one of the year's essential reads.”
—Daniel H. Pink, author of To Sell Is Human, Drive, and A Whole New Mind

"An enjoyable read, particularly for nonspecialists; researchers who aspire to write for a popular audience can learn from the author's confident and informative writing style.”
—CHOICE

“[W]ritten in a style that could have appeared in an article in The New York Times Magazine.... The Tell is both entertaining and fascinating, full of interesting information about human beings and their behavior.”
—PsycCRITIQUES

“Verdict: Extremely relatable to the lay reader while still accessing an incredible amount of peer-reviewed scholarship, Hertenstein's work is perhaps the most comprehensive explanation of the correlation of nonverbal communication to genetics and behavior available today. Despite its nonacademic tone, this book has much to teach any reader.”
—Library Journal Review (Starred Review)

“An entertaining look at our oft-maligned intuitive capabilities, offering useful tips on how we may sharpen our powers of observation and increase the accuracy of our predictions.”
—Kirkus Reviews

“Fascinating.... The Tell succeeds as an engaging tour through current work in the science of behavior by a young psychologist who has the makings of a leading contributor to his field.”
—Shelf Awareness

Matthew Hertenstein received his PhD in Psychology from the University of California, Berkeley and is on the faculty at DePauw University. He has been featured on the Today Show, ABC News, NPR, and in the New York Times, The Economist, and The Guardian (UK). Hertenstein lives in Greencastle, Indiana, with his wife, Margo, and his ever-curious son, Isaac.
Read more
Start reading The Tell on your Kindle in under a minute.

3.8 out of 5 stars
3.8 out of 5
79 global ratings
How are ratings calculated?
To calculate the overall star rating and percentage breakdown by star, we don’t use a simple average. Instead, our system considers things like how recent a review is and if the reviewer bought the item on Amazon. It also analyzes reviews to verify trustworthiness.
Top reviews

ECB
5.0 out of 5 stars Great book for finding out the secrets of how to read others!
Reviewed in the United States on November 15, 2013
Verified Purchase
This is a charming book that illuminates the most useful and fascinating findings of decades worth of research on social psychology. Hertenstein covers all spectrums of life from infancy, autism, education, politics, dating, divorce and many more. Along the way, he points out how quickly and accurately some facts become inevitable to the observer. For example, what are the behavioral clues that will predict divorce 90% of the time within 3 minutes of meeting a couple? Can a 5 year-old predict the winner of a presidential election? At the end of every chapter Hertenstein provides us with fodder for parties, while helping us to hone our people-watching skills. I highly recommend this book to anyone that has an interest in how we relate to each other individually and in society..
Read more
2 people found this helpful
Helpful
Report abuse

Paul
2.0 out of 5 stars VERY Short read.......
Reviewed in the United States on March 7, 2014
Verified Purchase
Instead of a book, I would call this a booklet..... The title seemed it imply you had a magical insight into human behavior after this read. Some insight yes....magical, Not.
Read more
4 people found this helpful
Helpful
Report abuse

AA
3.0 out of 5 stars Interesting, but not exactly helpful.
Reviewed in the United States on February 13, 2014
Verified Purchase
This book seems marketed incorrectly. I purchased it hoping to gain some insight into day-to-day interactions with clients, colleagues, friends, and family, but was left with a group of data, while interesting, did not help me at all in those areas. This is more geared toward psychology buffs, as opposed to those seeking help honing intuition.
Read more
5 people found this helpful
Helpful
Report abuse

DOUHA
3.0 out of 5 stars Enough told
Reviewed in the United States on March 6, 2014
Verified Purchase
The contains some considerable amount of repeated literature (there are over 15 pages of references) . However, it also provides some original views and novel approaches on dealing with autism at a very young age. All in all, it's a good book to read and to keep.
Read more
One person found this helpful
Helpful
Report abuse

Zuff
5.0 out of 5 stars Very Good. But know what to expect.
Reviewed in the United States on January 25, 2017
Verified Purchase
A very interesting book about snap judgements. Well written, but even though I highly recommend it, I hesitated giving it a 5 star, because the description is somewhat misleading.
Do expect to find very interesting research results and findings about how effective/ineffective and how influencing are the snap judgements that we make.
Do not expect to be able to do them more effectively as a result of reading this book.

Chandrajit Pati
2.0 out of 5 stars Could have analyzed more
Reviewed in the United States on April 24, 2014
Verified Purchase
The author just touches on the points. I believe he had the facts and scope for more in depth analysis which would have been nice.
Read more
2 people found this helpful
Helpful
Report abuse
See all reviews
Back to top
Get to Know Us
Make Money with Us
Amazon Payment Products
Let Us Help You
EnglishChoose a language for shopping. United StatesChoose a country/region for shopping.
© 1996-2021, Amazon.com, Inc. or its affiliates