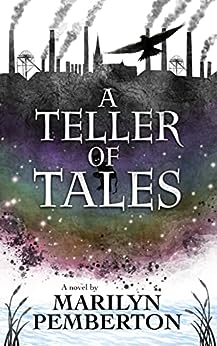 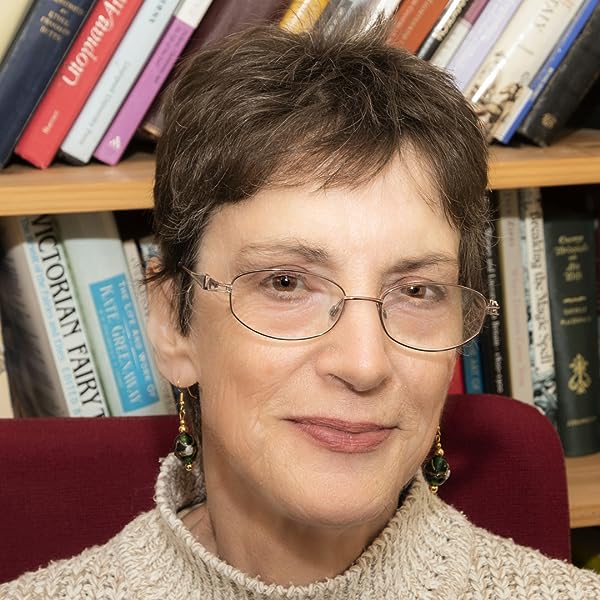 by Marilyn Pemberton (Author) Format: Kindle Edition
See all formats and editions
Sorry, there was a problem loading this page. Try again.
Tale tāl, n. An act of telling: a narrative, story: a false story: a mere story: (in pl.) things told idly or to get others into trouble: reckoning (arch,). (Chambers English Dictionary)
Lizzie lives with her family in the mining town of Wednesbury, Staffordshire. Frustrated by the constraints put on females in the 1820s, she tells Bobbit, her damaged, younger brother, tales of independent, brave and feisty girls; girls who go on quests to put right wrongs; girls who use their prize money to set up all-female schools; girls who spurn the Prince’s offer of marriage because she doesn’t love him; girls who teach young princesses, not the traditional subjects of dance, art and music, but where the stars go during the daytime, where worms live and how to listen to the stories the rivers tell. Only when Bobbit takes one of her stories literally, with disastrous results, does Lizzie realise that her brother really does understand more than she, or anyone, ever thought.
Real life, however, isn’t a fairy tale and any bid Lizzie makes for adventure or independence is thwarted because she is a female; even her fairy tales are rejected for publication as not being ‘suitable.’
Lizzie has to make a decision. Is the chance of the life she has always dreamed of worth the price she will have to pay? Will it give her a happy ever after?
Read more
Previous page
Next page

I have always worked in IT and until October 2019 I was a full-time project manager. Now that I am retired I can focus on the thing I love most - writing. At the age of 40 I did a part-time BA degree in Literature at Warwick, which progressed to an MA and then a PhD, my thesis being "Glimpses of Utopia & Dystopia in Victorian Fairylands". As a result of giving a paper on fairy tales I was approached by a publisher who suggested I gather together some lesser known fairy tales and as a result "Enchanted Ideologies: A Collection of Rediscovered Nineteenth-Century English Moral Fairy Tales" was published by The True Bill Press in 2010. I don't think the book is still available as the publisher went out of business.

During my research I “discovered” Mary De Morgan, a Victorian writer of fairy tales, amongst many other things. I became somewhat obsessed with De Morgan and as I wanted to share my research I wrote "Out of the Shadows: The Life and Works of Mary De Morgan", which was published by Cambridge Scholars Publishing in 2012. Despite my intensive research there were still many gaps in my knowledge - (why didn't she marry, why did she go to Egypt, how did she become a directress of a girls' reformatory) - and because I couldn't let De Morgan, or the act of writing, go I decided to write a fictional novel based on De Morgan’s life - the result being "The Jewel Garden". It is told from the perspective of a fictional character and tells of her fictional relationship with Mary De Morgan. This novel is a labour of love and I am thrilled that William & Whiting published it in February 2018.

My second novel, "Song of the Nightingale" was published in December 2019. It has just WON the Fiction Category of the 2020 International Rubery Book Award. It is a historical novel, set in 18th century Italy that tells of two young boys who are bought from their families, castrated and then trained to be singers. This was something that was actually done at the time, though this story is purely fictional. It is told from the point of view of Philippe, who is the count's secretary and is tasked with taking the boys to Florence and settling them into the conservatoire, which is run by Jesuits. It tells of the boys' journey, of course, but it also tells of love, murderous revenge, deceit and reconciliation.

I am interested in the re-telling of stories, especially the fairy tale, through the centuries, and I am in the process of writing a trilogy, which will tell of three generations of women and their attempts to tell their “her-stories” to a world deaf to the female voice. "A Teller of Tales" and "A Keeper of Tales" have been published and include new fairy tales throughout the books as a link between the women. I am now writing book 3, "A Seeker of Tales," which I hope to complete by mid 2023.

Tony Bassett
5.0 out of 5 stars A Heart-warming Story
Reviewed in the United Kingdom 🇬🇧 on November 14, 2022
Verified Purchase
A Teller Of Tales is a heart-warming story of a young woman growing up in the harsh industrial landscape of Staffordshire in Regency England, where mine owners prosper and their workforce struggle.
Two men vie for the affections of young Lizzie Hayes - a kind-hearted teacher and a humble carpenter. But her romantic encounters play out amid a backdrop of social injustice, the bullying of her disabled brother, the enmity of an older brother and the brutality of poverty in a male-dominated society.
I was reminded of works by George Eliot and Jane Austen as I digested this beautifully crafted novel about fairy-tale writer Lizzie, an early feminist. The author has a gift for bringing certain events to life, such as scenes inside a church, an inn, a stagecoach and a marketplace.
It is the kind of novel about the class-ridden society of the 1820s that leaves the reader sad but also angry at man’s inhumanity to man. Highly recommended.
Read more
Report abuse

J. Walker
5.0 out of 5 stars Another great read from Marilyn
Reviewed in the United Kingdom 🇬🇧 on July 15, 2022
Verified Purchase
An incredibly descriptive story about the difficulties and frustrations of being female in the early 1800s. For me, Marilyn's greatest skill is the way she describes her scenes. It feels like you are actually there watching things unfold rather than reading about them. Her love of fairytales comes across as she interweaves them with her plot and believable characters. A lovely book again, looking forward to the next one.
Read more
Report abuse

Judith S.
5.0 out of 5 stars A book that is difficult to put down!
Reviewed in the United Kingdom 🇬🇧 on November 18, 2022
Verified Purchase
The characters are so well drawn that you are immediately drawn into the story. The juxtaposition of the story with the tales Lizzie is writing makes for a very interesting approach. You really feel you know the characters. I loved it!
Read more
Report abuse

Maria Soper
5.0 out of 5 stars Captivating
Reviewed in the United Kingdom 🇬🇧 on August 10, 2022
Verified Purchase
What a captivating book! I was transported back to 1820’s Wednesbury and got lost in ‘Lizzie’s’ world of injustice and her fight for a better future for girls! Can’t wait for the next instalment.
Read more
Report abuse
See all reviews
Report an issue
Does this item contain inappropriate content?
Report
Do you believe that this item violates a copyright?
Report
Does this item contain quality or formatting issues?
Report