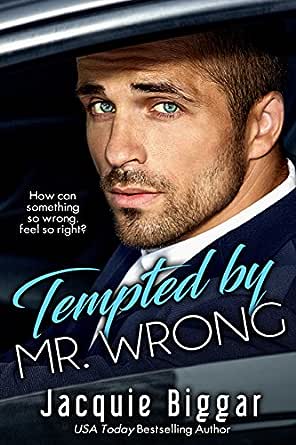 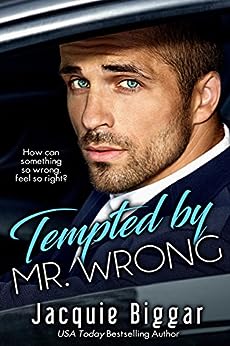 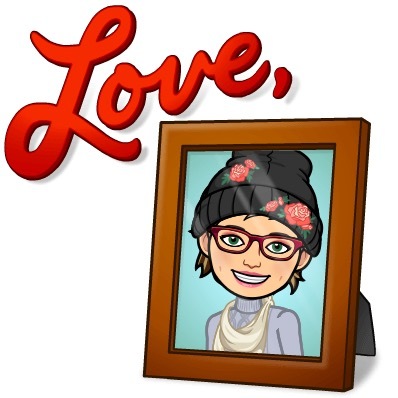 I love it when chemistry overrides practicality, and that's exactly what happens here. They both fight the attraction, and they both fail miserably. Those hot-and-heavy scenes more than satisfy any romance lover's expectations.
writester
Sizzling romance with steamy love scenes, also a must in her novels, but it's the characters that make this a five star and a must-read. I laughed, I swooned, I gasped (totally didn't figure out the murderer until Biggar revealed it), I cried. Highly recommend!
N.N. Light

This is the story of Jason McIntyre and Tammy-Jo Hawthorne. Two people brought together through their parents' second marriages. It's about falling in love against impossible odds and beating back a town's misconceptions.

JACQUIE BIGGAR  is a USA Today bestselling author of Romantic Suspense who loves to write about tough, alpha males and strong, contemporary women willing to show their men that true power comes from love.

Free reads, excerpts, author news, and contests can be found on her web site:
jacqbiggar.com
You can follow her on at Facebook.com/jacqbiggar, Twitter.com/jacqbiggar
Or email her via her web site. Jacquie lives on Vancouver Island with her husband and loves to hear from readers all over the world!
You can also join her street team on Facebook: Biggar's Book Buddies
And sign up for her newsletter-
subscribepage.com/jacqbiggar

4.6 out of 5 stars
4.6 out of 5
30 customer ratings
How does Amazon calculate star ratings?
Amazon calculates a product’s star ratings based on a machine learned model instead of a raw data average. The model takes into account factors including the age of a rating, whether the ratings are from verified purchasers, and factors that establish reviewer trustworthiness.
Top Reviews

N. N. Light
5.0 out of 5 stars It's the characters that make this a five star!
Reviewed in the United States on September 19, 2017
Verified Purchase
Jason and Tammy Jo are step-siblings yet aren’t related. So, when they explored their feelings when they were about to graduate high school, why did Tammy Jo’s father kick Jason out of the house, calling him filth and other words I won’t repeat? It’s ten years later and Tammy Jo’s marriage is on the rocks and she’s become the laughing stock of her father’s country club. Talk about a bad night. But when Jason pulls up and offers her a ride home, she’s humiliated. Of all nights, he had to witness her spiral down into the mud. No really, she’s stuck up to her whatsit in southern mud with rain pelting down.

Jason’s back in town on a covert operation to bring down two men closest to Tammy Jo. Revenge is sweet, or so thinks Jason. But Jason didn’t expect murder to enter the picture and the one woman who’s stolen his heart may just be the murderer. Can Jason keep his salacious feelings for Tammy Jo at bay while he’s investigating or will he be tempted to dip into Tammy Jo’s honey pot once more?

This is the first step-brother romance I’ve read and leave it to Jacquie Biggar to make it more than just sex. There’s so many layers to this story and I loved it! First, there’s the takedown of a ponzi scheme that Jason’s investigating. Then, there’s the steamy romance between Jason and Tammy Jo. There’s the revenge Jason is seeking with his step-father (Tammy Jo’s father). Oh, plus a murder to solve and Tammy Jo to be cleared. Did I mention the touching sub-plot of how Jason’s mother is suffering from Alzheimer’s?

The suspense was spot-on and something I come to expect now from Biggar’s bestselling books. Sizzling romance with steamy love scenes, also a must in her novels, but it’s the characters that make this a five star and a must-read. I laughed, I swooned, I gasped (totally didn’t figure out the murderer until Biggar revealed it), I cried. Highly recommend!

Favorite Character/Quote: Jason. I loved everything about him from his magnetic sapphire eyes to his fierce love for his mother, from his vow for revenge to his passionate forbidden love for his step-sister. He’s a broken alpha hero but Tammy Jo just might be able to put him back together again.

Mae Clair
5.0 out of 5 stars Romance and Suspense in Equal Measure
Reviewed in the United States on October 7, 2019
Verified Purchase
New families make for tempestuous days—at least in this story of love denied. When Jason and Tammy-Jo (T.J.) are teenagers their parents marry, making them step-siblings. By the time they're seniors in high school, they've fallen in love, something that doesn't fly well with Tammy's father. When he intervenes and sends Jason packing, T.J. turns elsewhere to soothe her broken heart, following the path her father maps out for her by marrying a man destined for success.

Now it's ten years later, Jason is on an undercover assignment for the SEC and Tammy's caught in the middle once again. Her husband—who has been wretched to her—winds up murdered on their front lawn. There to investigate both T.J.'s husband and father, Jason has to keep his purpose a secret while reconnecting with his family—and that includes stirring up all the feelings he still holds for T.J.

If you enjoy romantic suspense, this book is one you won't want to miss. The case that builds against T.J.'s deceased husband puts everyone in danger, including Jason's team, his mother, step-father, and T.J. herself. Jason and T.J. navigate their feelings for each other with plenty of misunderstandings, matched only by the heat of undeniable attraction. As always, Biggar knows just how far to push her characters before bringing them to the realization they belong together. The interesting spin in this book is the familial connection and the complications it causes. Jason's relationship with his stepfather, Sam, is bitter and combative, but Sam has a loving, caring marriage with Jason's mother. A sticky situation that gets fully fleshed out at the end.

A breezy read with polished writing, dialogue that rings true, and characters who lodge in your heart, this is an entertaining read with a feel-good finish.
Read more
Helpful
Comment Report abuse

writester
5.0 out of 5 stars Steamy and Dreamy
Reviewed in the United States on September 17, 2017
Verified Purchase
This is the first story I’ve read by Jacquie Biggar. It won’t be the last. TEMPTED BY MR. WRONG hits all the right romance notes without succumbing to trite tropes.

The heroine is as down-on-her-luck as she could be. She’s in a pickle from the opening page, and things only get worse from there. But despite all the distress, I wouldn’t say she’s a damsel waiting to be saved. She has attitude, fortitude, spirit.

Doesn’t mean the hero isn’t an alpha male determined to save her, though. He very much is, even though he resists at first given their history.

I love it when chemistry overrides practicality, and that’s exactly what happens here. They both fight the attraction, and they both fail miserably. Those hot-and-heavy scenes more than satisfy any romance lover’s expectations.

The situation is unlikely to be one you’ll ever experience in real life (thank goodness for that!) but it’s not unbelievable. The story was a lovely blend of high-stakes, low points, and all the good stuff in between. The plot moved along at a brisk pace, the good characters are ones you’d like to have a drink with and the bad ones will make your hate-list.

I’ve had this author on my radar for some time now, but I never got around to reading her work before. I’m really glad I made the time to read this story. I highly recommend it. And now Jacquie Biggar’s other titles are moving up in my TBR pile.
Read more
One person found this helpful
Helpful
Comment Report abuse

dncall
3.0 out of 5 stars Not much suspense
Reviewed in the United States on December 29, 2018
Verified Purchase
The plot of who killed the husband and why wasn't well developed, and was wrapped up in 2 pages. The love line had no plot, just a big sex scene.
Read more
One person found this helpful
Helpful
Comment Report abuse

Kindle Customer
5.0 out of 5 stars Tempted By Mr. wrong
Reviewed in the United States on December 29, 2018
Verified Purchase
An intriguing story with many interesting twists and turns. The characters had flaws which enhanced the story line. The toll of dementia in a family was well done.
Read more
Helpful
Comment Report abuse

BA
5.0 out of 5 stars Suspenseful, romantic and Heartfelt
Reviewed in the United States on January 3, 2019
Verified Purchase
I very much enjoyed the characters and their depths. It had a lot to offer. The story with the alzheimer's mother was very sweet and sad at the same time. And the romance between the two main characters was steamy, realistic and sweet.
Read more
Helpful
Comment Report abuse

RS 🌹
5.0 out of 5 stars Mister Right♥️
Reviewed in the United States on October 16, 2019
Verified Purchase
Excellent audiobook, loved the characters, Mr Wrong is totally Mr. ALL-RIGHT a++ for both author and narration
Read more
Helpful
Comment Report abuse
See all reviews from the United States

J. Read
5.0 out of 5 stars Time for romance, family, and sizzling suspense
Reviewed in Canada on December 10, 2017
Verified Purchase
Long ago lovers, Tammy-Jo and Jason’s reunion may start at the worst possible time (for them) but reading about it was immense fun (for me)! Personal and professional stakes are high for everyone in Magnolia, but there's still time for romance and reconnecting with family. It's all woven expertly into another 5-star story with heart and soul and sizzling suspense.
Read more
Helpful
Sending feedback...
Thank you for your feedback.
Sorry, we failed to record your vote. Please try again
Report abuse