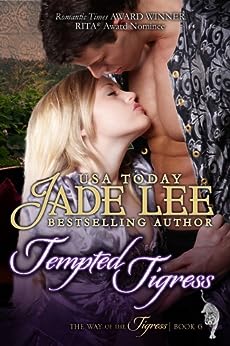 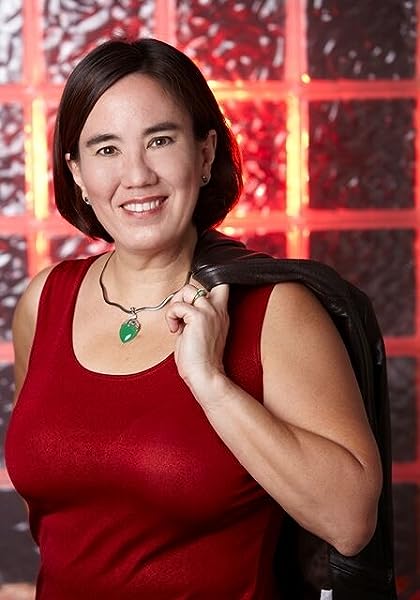 Tempted Tigress (The Way of The Tigress, Book 6) Kindle Edition

4.1 out of 5 stars
4.1 out of 5
15 global ratings
How are ratings calculated?
To calculate the overall star rating and percentage breakdown by star, we don’t use a simple average. Instead, our system considers things like how recent a review is and if the reviewer bought the item on Amazon. It also analyzes reviews to verify trustworthiness.
Top reviews

Retired mIlitary WOMAN!
5.0 out of 5 stars Ok. First book of hers I have read but will not be the last.
Reviewed in the United States on March 9, 2016
Verified Purchase
A truly romantic romance written to draw you in and keep you reading. She gives you the thoughts and feelings from both participants and her words draw you in and you feel the romance and become a part. You finish the book but slow down reading cause you don't want the warm mushy feelings to go away. With her writing skill I know how to get the feeling back. Another of her books coming right up!!
Read more
Helpful
Report abuse

DVF
5.0 out of 5 stars Love in all the wrong places
Reviewed in the United States on September 29, 2012
Verified Purchase
Growing up in China as an orphan, Anna grows up in a convent. Her "adopted father" got her hooked on opium and she is now on the run trying to get away from him. Zhi-Gang is going ofter the opium dealers. But when they meet, he can't go through with killing her. Through their trials and tribulations, Anna and Zhi-Gang find heaven in each other's arms.

Jade Lee once again is able to spin a story showing that love can bring us to heaven.
Read more
One person found this helpful
Helpful
Report abuse

Cecilia Rodriguez
3.0 out of 5 stars second chance romance
Reviewed in the United States on December 20, 2014
Verified Purchase
Set close to the end of the 19th century, the story deals with the opium trade and addiction.
Read more
Helpful
Report abuse

Lauren Reid
5.0 out of 5 stars Fun read!
Reviewed in the United States on March 20, 2013
Verified Purchase
I had a lot of fun reading this book. The characters were very likeable and the book was well written.
Read more
Helpful
Report abuse

M. B. Gardner
1.0 out of 5 stars Not good
Reviewed in the United States on January 20, 2013
Verified Purchase
This does not live up to her other books. I didn't finish it due to true boredom. What a waste of time and money.
Read more
Helpful
Report abuse

Melissa
VINE VOICE
5.0 out of 5 stars This is Jade Lee's Best Tigress yet
Reviewed in the United States on June 10, 2007
Anna Thompson is a flawed but wonderful heroine, she is an opium addict in late nineteenth century China. In fact, the reader's first glimpse of Anna is during her opium high. Later Anna is on the run from her adopted father, an opium dealer, and the Empress's Enforcer, Zhi-Gang, who becomes both Anna's kidnapper then savior. Zhi-Gang is determined to rid China of opium and the trafficking of women which is the preferred method of payment for drug dealers. These are profound issues to tackle in a romance and Jade Lee portrays man's depravity and greed with real depth.

It is in this dark world that Anna is introduced to opium. She becomes an addict through horrible circumstances. Fortunately she is courageous and is desperate to quit her addiction and escape China.

Zhi-Gang captures her and is intent upon killing her when his soul is surprisingly stirred. At first, he is truly an unlikely hero, he is arrogant and unkind and has some racial bias. Quickly, though, his character shifts as he spends time with Anna. He finds her beautiful and fascinating and he recognizes her sharp mind, strength of character, and compassion. He is not blind to her addiction and is determined that she will not touch opium again. He is exorcising his own demons and Anna's troubles remind him of his own shortcomings. Therefore, he will do everything possible to assist her in her quest to leave China.

Anna is pragmatic and resigned. She wants to live and if it means sharing her life with the Enforcer, well, she will be obliging, so she is startled to realize that he can be charming and sensitive, moreover, he is her fierce guardian, and gentle lover. She falls in love in spite of herself.

There's lots of action in this novel but the romance never gets lost. The feelings these two have for each other are so moving that I reread passages. This is by far the best of Jade Lee's Tigress series.
Read more
9 people found this helpful
Helpful
Report abuse

Katie Babs
VINE VOICE
5.0 out of 5 stars Remarkable Romance and Opium Addiction in 19th Century China (A Grade)
Reviewed in the United States on June 20, 2007
Jade Lee has written a superior novel with a remarkable hero and heroine who have internal strife and secrets galore. But not until these two learn to trust each other, do they finally become whole. This book is not your happy go lucky romance. The hero tries multiple times to kill the heroine as she is also an opium addict in 19th century China.
Anna Marie is a strong yet damaged woman. She is English but was orphaned in China. Her adopted father, who may or may not have been friends of her parents leads in her into a life of opium drug running to the point she has become so addicted to her own product that she has lost her will to live.
Zhi-Gang is the Emperor's Enforcer to rid China of this nasty drug. He kills anyone who sells or is addicted. He is also against prostitution and greed. But when he meets Anna, everything he has believed in comes to an end. He soon finds out she is second half, her yin to his yang.
Lines are crossed and everyone is the enemy. Zhi and Anna are soul mates who have decided they need each other. Through sexual nirvana they try to find peace as Anna tries not to succumb to the allure or the opium and Zhi who if it comes to it may still kill Anna for her addiction.
This is just the small insight about this story and these two individuals. If you want some heavy and emotional reading, pick up this latest by Lee.
She is an innovative storyteller that doesn't disappoint!

Zhi-Gang is on a personal mission to rescue his sister from the traffickers who abducted her. During his quest he destroys their cash crop opium. However, his current prisoner Anna makes him reconsider all he does as he wants her. She reciprocates his deepest feelings and believes she has a reason to end her addiction. Although he does not trust her as opium users will sell anything even their body, they fall in love while teaming up to kill those human traffickers peddling young girls to the brothels.