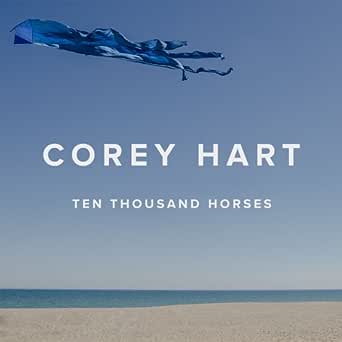 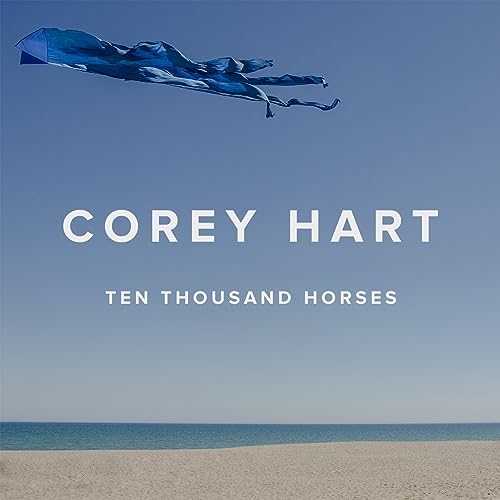 aj
5.0 out of 5 stars Corey Hart to the core
Reviewed in the United States on April 12, 2014
Verified Purchase
The single Ten Thousand Horses really represents who Corey Hart is as a person. It is very much in the same vein as Never Surrender - a beautiful song of support and encouragement to anyone who is suffering. The song is a duet between Corey and Jane Siberry, and they sound better than ever. Their voices perfectly complement each other. The album is a fan's dream come true, with new songs as well as very cool rough demos. The album not only demonstrates Corey's talents as a songwriter, but also highlights that his own voice can convey the feelings behind his words better than any other singer he may write for.
Read more
One person found this helpful
Helpful
Report abuse

Amazon Customer
4.0 out of 5 stars Enjoyable but incomplete
Reviewed in the United States on June 30, 2014
Verified Purchase
Ten Thousand Horses is more like an EP than an album. As other reviewers have noted, four of the ten tracks are versions of the same song. That aside, this collection is a lovely showcase for Hart's voice, which has just gotten better over the years. The sweet, sensual breathy quality we all fell in love with three decades ago remains, but with a range, smoothness, and control that he really didn't have until late in his career.

It's too bad that he didn't find a way to include the recent remixes of Sunglasses at Night and Truth Will Set You Free. You'll have to purchase those separately, but each is a pleasure.
Read more
Helpful
Report abuse

The Peck Monsters
4.0 out of 5 stars It will leave you wanting more.
Reviewed in the United States on April 10, 2014
Nice to hear from Corey Hart again. He was huge back in the 80s and then disappeared after 1998's album "Jade" to be a Dad. How cool is that ? Family before career. Wouldn't that be nice if we could all just quit going to work until our kids were grown.

Now that he's had 16 + - years to write new music while his kids were napping or at school etc we get a CD with 10 tracks but Hold on -
Tracks 1-4 " Ten Thousand Horses" the Same Song, just slightly different versions.
1-3 feature Jane Siberry. You get the Radio Edit, the CD cut and the Guitar version.
4. "Dix Mille Chevaux" - yep, that's French for "Then Thousand Horses" Corey teams up with his French Canadian singer wife, Julie Masse, they sing in... you guessed it, French. I actually prefer the French version. Corey and Wife sing well together and I think I prefer Julie's voice over Jane's. Reminiscent of his duet "Là-Bas" from his Jade cd.
5. "Ciao Bella" - was previously unreleased but found it's way on youtube in 2012. Not sure where this came from but, it's nice.
6. "Sweet River" one of two songs listed as a "Rough Demo"
7. "She's So Good" probably the most poppy of the songs.
8. "Falling From Graceland" is a remake of an old Corey Hart song - yep, he renamed it from the original "Without You" from his cd "Jade" and modernized it.
9. "Sail Away" a song released a few years ago (2011) and sold on coreyhart.com
10. "Walk in Beauty" the other "Rough Demo".

To me this should be sold as / priced as an EP rather than a CD. With 4 songs the same. 1 Remake from Jade. 2 Rough Demos. 2 previously released songs. etc. Just my opinion.

Don't get me wrong. I love Corey Hart and own every one of his cds. I have been waiting for his next cd since '98 and had pretty much given up on him ever doing anything again and was hoping for more since his long absence.

Overall, this cd reminds me of his last cd Jade. Pretty mellow and slow - which fits Corey's voice perfectly. So, stand warned - No "Komrade Kiev" or "Bang! (Starting Over)" upbeat pop-rockers on this cd. This definitely fits in the Adult Contemporary genre.

Give it a listen when you're in that mellow mood and I'm sure you'll agree, it will leave you wanting more.
Read more
3 people found this helpful
Helpful
Report abuse

Carol Armstrong
5.0 out of 5 stars Simply amazing
Reviewed in the United States on April 14, 2014
This is a wonderful thank you gift from Corey to his fans. Each song is a perfect example for Corey’s excellence in writing; always giving empowering words of love, strength and perseverance. His voice is even stronger and more expressive than ever. His duets with both Jane Siberry and Julie Masse are just beautiful. An excellent addition to Corey’s already incredible catalog of music. He never disappoints.
Read more
Helpful
Report abuse

Sleepagent
5.0 out of 5 stars Salute
Reviewed in the United States on April 22, 2014
After entertaining us throughout his 30 year recording career, Corey calls it quits with this stellar final album featuring one of his best songs, 10,000 Horses.

The radio edit is my favorite version and a majestic combination of vocals, acoustic guitar, drums, with a smooth tempo change towards the end of the song.
Read more
One person found this helpful
Helpful
Report abuse
See all reviews